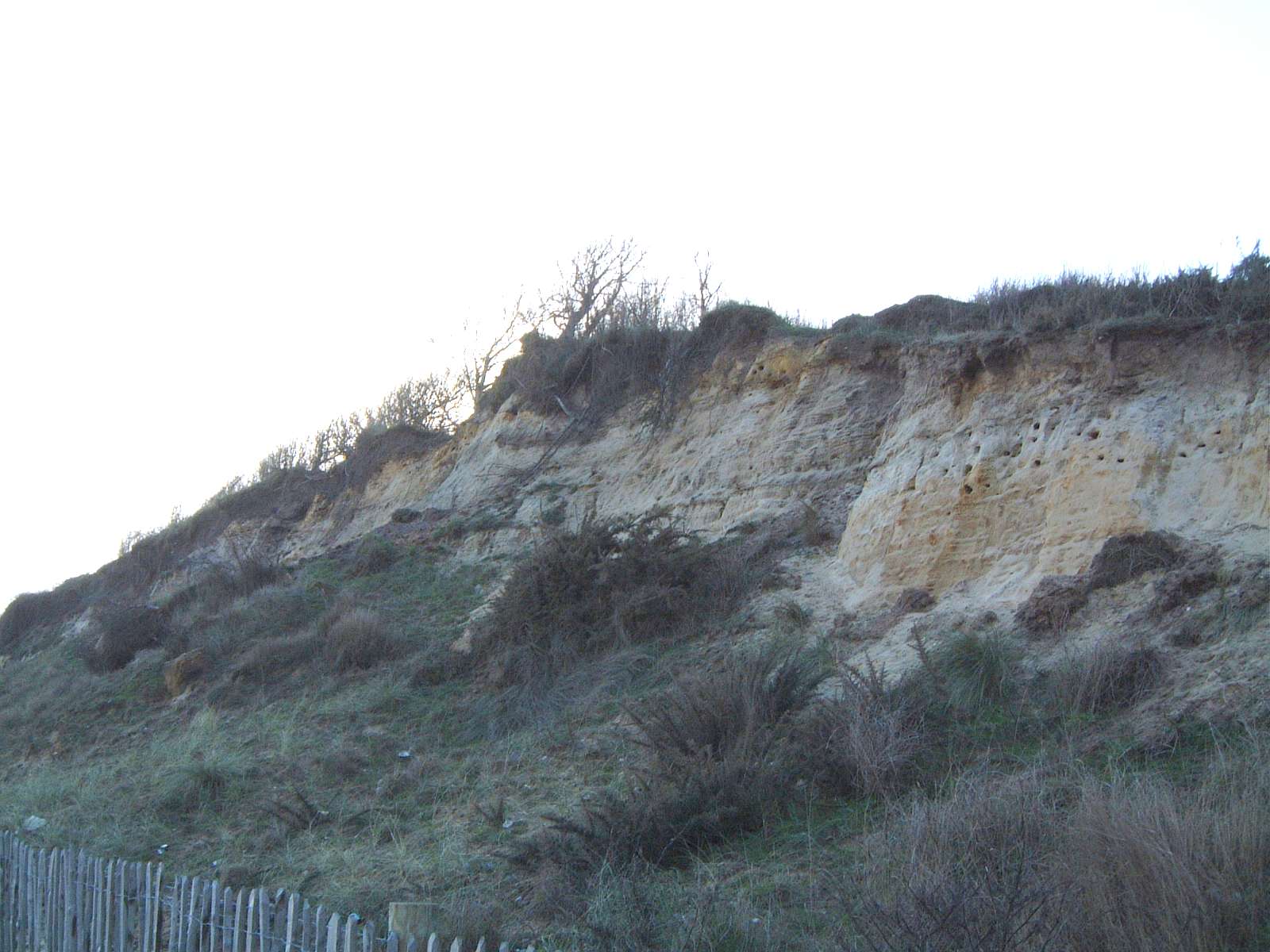 During scouring conditions, mammal remains can be found below beach level and bones can also be found washed up after storms. However, Dunwich hasn’t scoured for many years.

FIND FREQUENCY: ♦ – Fossils from Dunwich are rare, because the beach is covered with a shingle bank and the bone bed is not exposed. During storms, bones do occasionally turn up.
CHILDREN: ♦♦♦ – Although it is unlikely that fossils will be found, the beach itself is suitable for children.
ACCESS: ♦♦♦♦♦ – There is easy parking, with a very short walk to the shore. The large car park contains toilets, a cafe and a restaurant. There is also a shop.
TYPE: – Fossils are found on the foreshore after storms.

Dunwich was once a large city, but has experienced rapid and massive erosion for many years. However, during the last 15 years, this erosion has slowed down and cliff falls are now quite rare. The reason is a large shingle bank, which has formed along the beach at Dunwich. You will find nothing in these cliffs, but bones have been found when the beach is scoured out. They are also occasionally or washed from the seabed.

Bones have been found lying around the beach after winter storms, although these are quite rare. Like Covehithe, the bone bed is beneath the beach level. The only real chance of finding fossils is for the sea to once again clear away the shingle bank and wash new sections out, scouring deep into the bone bed.

The sediments are part of the Norwich Crag, which is Pleistocene in age. Norwich Crag is marine in origin and consists of well sorted, fine- to medium-grained micaceous, glauconitic and locally shelly sands.

Common sense when collecting at all locations should be used and knowledge of tide times is essential. Keep away from the cliff face.

Fossils are rare from Dunwich, but any finds will have been washed up on the foreshore. Therefore, no tools are needed at this site other than containers for your finds.

No restrictions at this site.
It is important to follow our ‘Code of Conduct’ when collecting fossils or visiting any site. Please also read our ‘Terms and Conditions‘