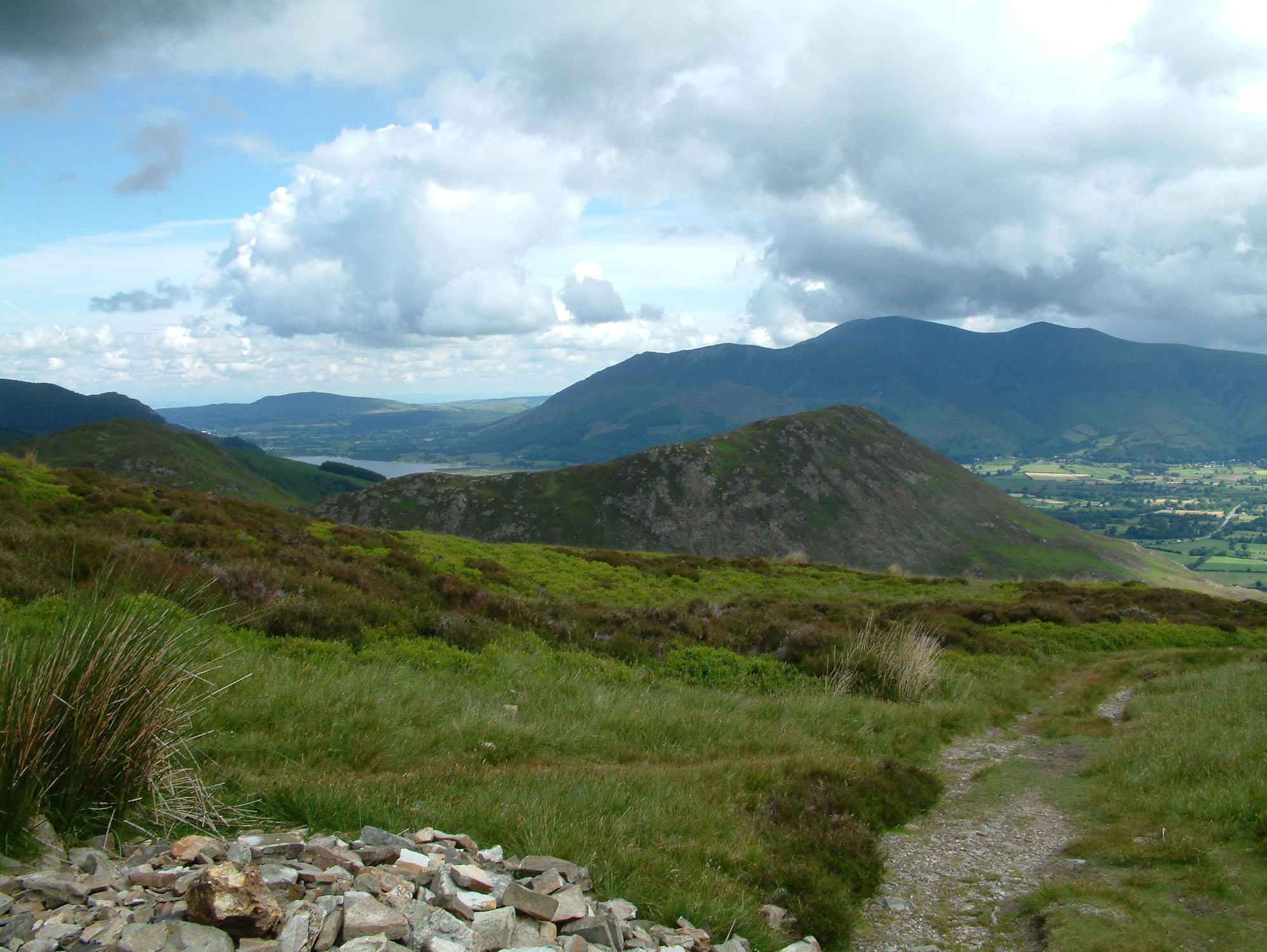 Causey is over 600m high. It is a small mountain with many outcrops of rock and scree slopes. Trilobites, trace fossils and graptolites can all be found in the scree when climbing towards the summit. However, this trip is hard going.

♦ From Braithwaite, take the road to Newlands Valley. There is limited parking along this route and the road is narrow and busy. Therefore, it is best to park at the car park in the village of Uzzicar, which is just after the scree slopes of Barrow Hill, and walk to the site. You should continue will past the hamlet of Stoneycroft.
♦ When you reach Stoneycroft Bridge, take the footpath on the left side of the stream and follow the old mine track.
♦ Follow this footpath to the summit of Causey Pike, and examine the scree slopes and outcrops along the way.
♦ Ref: 54.57723°N, 3.20903°W

FIND FREQUENCY: ♦ – It is best not to expect to find anything, so you won’t be disappointed if you come back with nothing. Trace fossils are the most common find, but even they are rare.
CHILDREN: ♦♦ – This location is not recommended for children. The steep climb would probably be too much. However, it may be suitable for families, because the view from the top is fantastic, but the climb is a challenge to most people.
ACCESS: ♦ – Causey Pike is hard going. It will take the average person a couple of hours walk to reach the summit after examining rocks along the way – and then you will need to descend.
TYPE: – The scree slopes on the east side of Causey Pike can yield fossils. These require no equipment, simply a good eye and some patience (but a chisel pick and eye protection may be necessary to split rocks into more manageable sizes).

One of the most important finds made in recent years in the Lake District was the new species of the trilobite, Colpocoryphe. This was found in the scree on the south-facing slope of Causey Pike. On the north-eastern side, graptolites and trace fossils have also been found. It must be stressed that fossils from this location are rare. There are many hundred metres of unfossiliferous Ordovician sedimentary rocks and many hundred more metres of volcanic rocks due to the Causey Pike Fault.

Causey Pike is huge and it can be very hard to know where to begin. The best advice is to follow the footpath from Stoneycroft Bridge all the way to the summit from where you should continue westwards. You will find a series of other summits with rock piles on top, and the path will descend downhill onto the old mine track. This will take you directly back to Stoneycroft Bridge. Following this route will take you through a variety of rocks, both sedimentary and volcanic. On the way up to Causey Pike, fossils can be found in the scree slopes, although they are rare. You will not find any fossils in the outcrop at the summit, but it is worth climbing the extra few metres for the fantastic and breathtaking view.

On the way back along the old mine track, there are lots of rocks to look through. Graptolites have also been found on the east-facing slope of the hill called Outsider, which you walk around to the northwest of Causey Pike. There is plenty of scree and fallen rocks around to examine and as you get closer to the main road. There is also a small disused quarry, which is worth a good look.

The rocks of Causey Pike are part of the Skiddaw Group. The siltstones and mudstones here yield graptolites from the Kirk Stile Formation.

The Kirk Stile Formation is between 1500 m and 2500 m thick but some of this apparent variation may be due to the repetition of strata through the stacking of slumped masses. The principal lithology is thinly laminated mudstone deposited from low-density turbidity currents. Interbedded with the mudstone are local lenticular units dominated by lithic wacke; these sandstone-rich units are typically thinly bedded with parallel- and cross-lamination. Strained quartz is the most abundant grain type.

The summit knobble is representative of the Buttermere Formation, an olistostrome of disrupted, sheared and folded mudstone, siltstone and sandstone.

Causey Pike is extremely steep, especially at the summit. The footpath in places is narrow and on the edge of a sheer drop. Take extreme care when climbing and descending the mountain. The rocks can also be slippery, especially during and after rain at the top, and when climbing loose scree.

Most fossils at Causey pike are found in the scree slopes. However, you may require a chisel pick and eye protection to split rocks into more manageable sizes, as it is a long hard walk back from the summit.

This site is an SSSI. This means you can visit the site, but hammering the bedrock is not permitted. For full information about the reasons for the status of the site and restrictions please download the PDF from Natural England – SSSI Information – Causey Pike