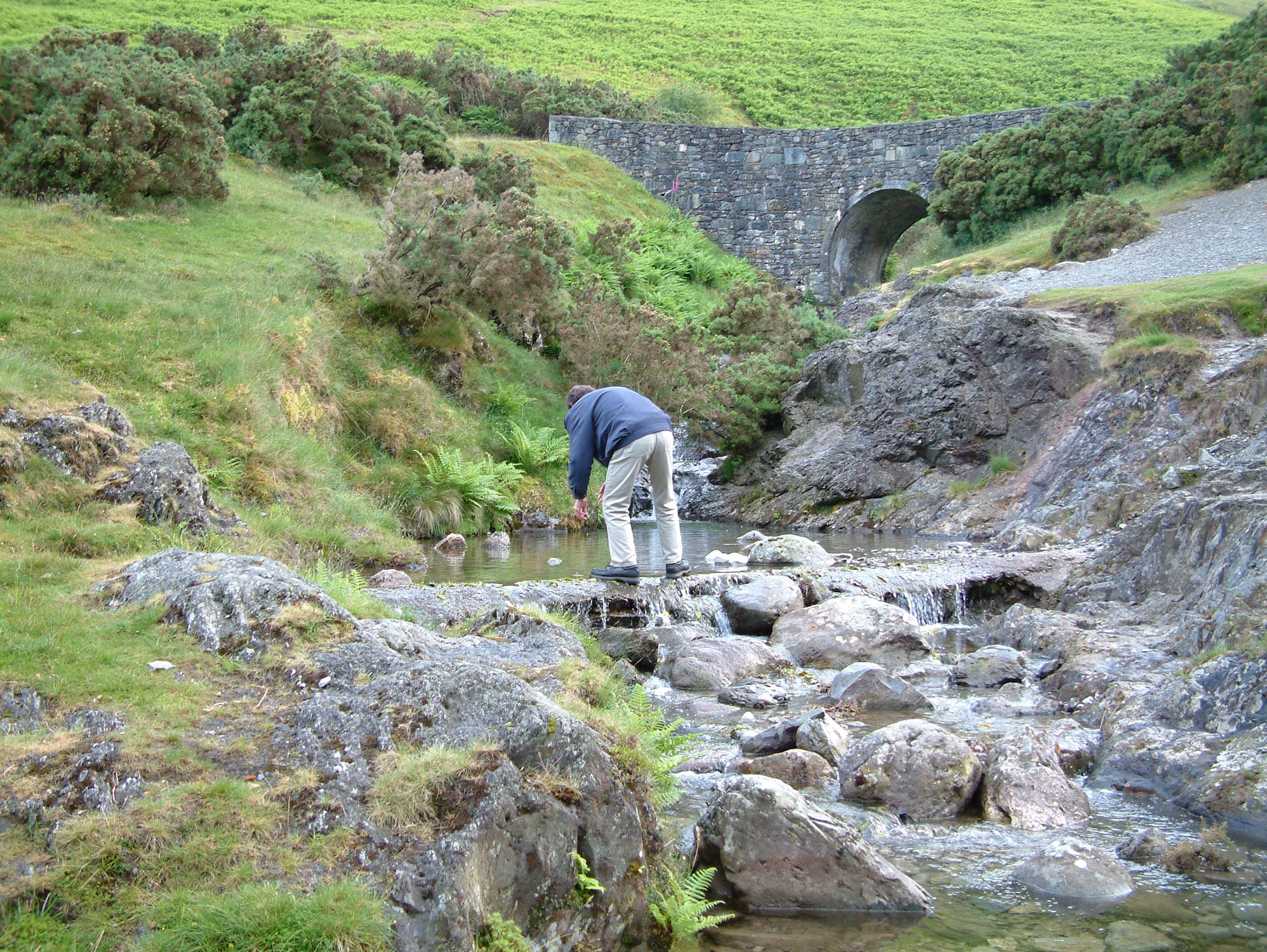 Stair Stream runs between Causey Pike and Barrow Hill. In the past, occasional graptolites have been found in the stream, which have been washed from higher beds. The Ordovician rocks in the stream itself are from the Buttermere Formation.

♦ From Braithwaite, take the road to Newlands Valley. There is limited parking along this route and the road is narrow and busy. Therefore, it is best to park at the car park in the village of Uzzicar, which is just after the scree slopes on Barrow Hill.
♦ Walking from Stoneycroft, you will reach Stoneycroft bridge over the Stair. You can gain access on the left hand side down to the stream.
♦ Ref: 54.58049°N, 3.18824°W

FIND FREQUENCY: ♦ – Fossils are rare, so don’t be disappointed if you come back with nothing.
CHILDREN: ♦ – Stream locations are often suitable for children, but this location contains a number of mine adits, which are dangerous. The shafts are very deep.
ACCESS: ♦♦♦ – Stair Stream is fairly easy to find and does not involve the steep mountain climb that Causey Pike involves. The same fossils can be found in the stream as on Causey Pike.
TYPE: – This location is a stream collecting site, so wellington boots are recommended.

Graptolites have been found in the past in rocks that have been washed down from Causey Pike. However, it is important to stress that these are extremely rare. The bedrock unfossilferous, so you will need to look in the scree and boulder deposits, especially any rocks that have been caught up against bedrock.

The bedrock of the stream is from the Buttermere Formation (Ordovician), but there are also Kirk Stile slates that have been washed down from Causey Pike.

The Buttermere Formation is Early Ordovician (Tremadocian- Floian) from the Skiddaw Group (Tremadocian-Floian age of 488.3- 471.8 Mya).

The younger Kirk Stile Formation is also part of the Skiddaw Group (of Darriwilian age of 467.3 Mya).

Stair Stream contains some old adits left over from Stoneycroft Mine, which are extremely deep. Some of the timbers of the shaft covers are weak, so you should keep well away from these.

The fossils at Stair Stream have been washed from the beds at Causey Pike and Barrow, which are found in shale. It is more than likely that you will not require any tools, but hammers and eye protection may be useful for samples of rock. Wellington boos are also recommended.