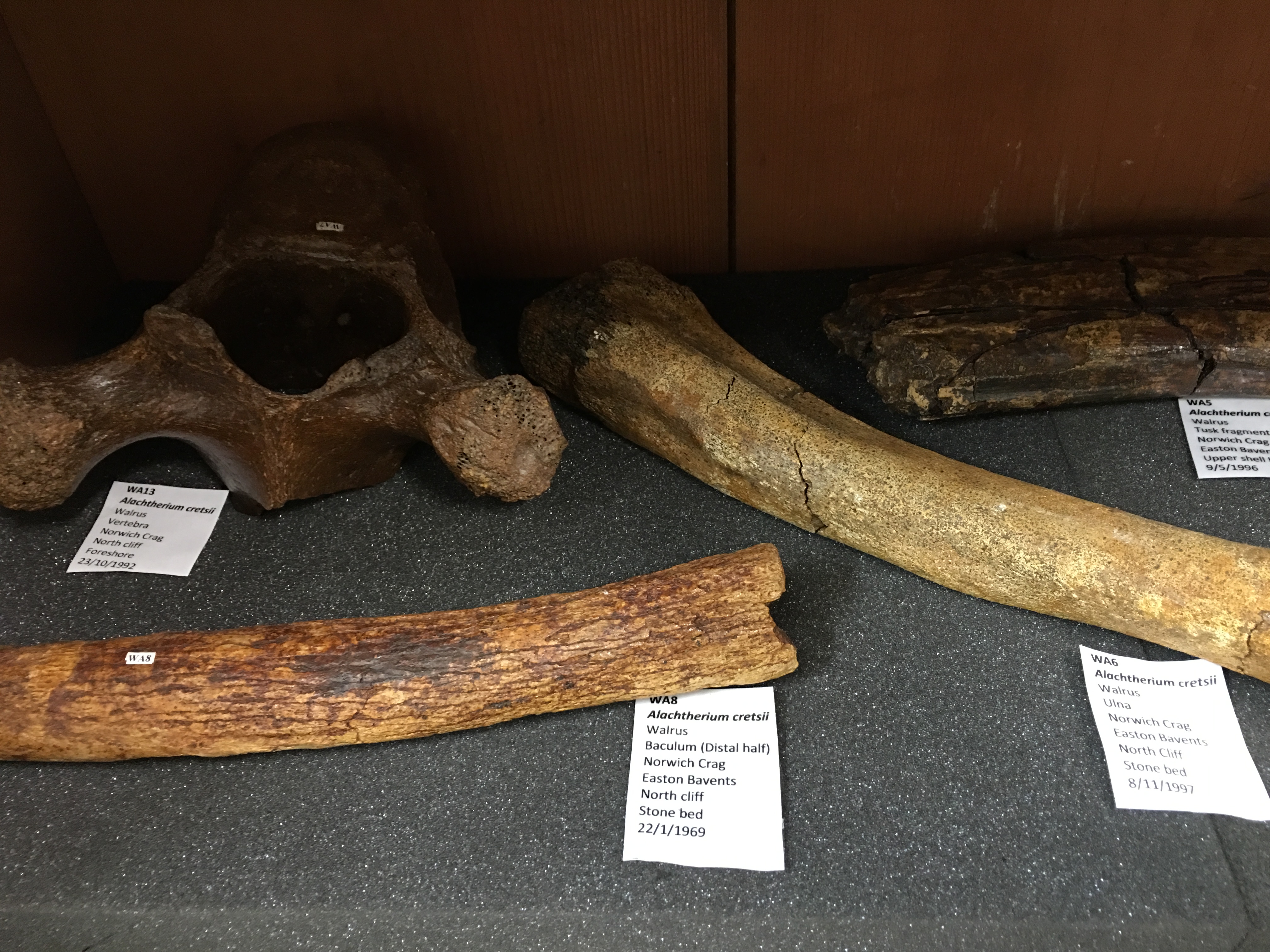 Labelling and coding your collection is vital. Too often, museums acquire private collections and struggle to find data about each find. Basic information, such as the exact location, zone and formation are essential, together with the date found, relevant comments and as much other information as possible. This is to ensure that any research in the future can easily identify and categorise finds based on the exact zone in which that the fossil was found. Fossils found loose on the beach or foreshore (that is, not in situ) should be clearly labelled and identified as having been found on the ‘beach’ or ‘foreshore’ and so on.

You should also keep your records somewhere safe and use a consistent coding system. The codes should not change, so be sure to allow space in your coding system for plenty of expansion. Anyone wishing to view your collection can then take down the code details and, should they wish to locate that find again, they can use the code reference.

How to record your fossils

Name – The full scientific name should be used if possible, but sometimes only the genus is known. Where this is the case, the species should be represented with ‘sp.’ meaning species of. For example, ‘Macrocephalites sp’.

Type – This field is used for certain fossils (for example, mammals and dinosaurs), which require more detailed information on the type of bone’ (for example, ‘Lower left side jaw’).

Locality – You should state where you found the specimen, which area within that location, and if it was found in situ, on the foreshore or beach and so on, for example, ‘Barton-on-Sea, Suffolk – east end on beach’.

Date found – Recording the date when you found the fossil is very important. Over time, localities change and formations can change within those localities. Research work may also be carried out to see how fossils from a particularly formation have changed overtime at a certain locality. Recording the date is essential. The full date is more desirable because you are also recording the months which are more productive, but if all you have is the year, then this is fine. If you do not know the date, this should be indicated by an ‘?’.

Period/age/stage – You should include as much information about the stratigraphy of where the fossil was found as possible. This should be set out in two fields (see also Formation etc below). The first should contain the period, age and stage. For example ‘Jurassic – Pliensbachian – Early Lias’.

Formation/zone/deposit – The second part of recording the stratigraphy of the location should go into further detail. This should include the formation, zone and sub-zone or deposit. For example, ‘Cleveland Ironstone Formation – Kettleness Member – Nodule Bed’.

Store location – For larger collections, it is highly advisable to have a store location field. This could be text such as ‘In Shed 1’ or better, code each location. For example, ‘MR:Dset1:Dr5’ could represent ‘Main Room, Draw Set 1, Draw number 5’.

Comments – You should always allow space for comments. These may be about unusual features of the fossil, or if the fossil is located in a different area or on loan/donated to a museum or another museum.

Of course, there may be other fields that are more specific to individual collections.

Larger finds – You should print the codes in small ‘8’ point text size onto ‘Achievable’ paper using Achievable computer ink. This will insure that the paper and ink does not fade. Use a small coating of glue to fix the label to the underside of the fossil, but be sure to size the paper as small as possible and cover with none permanent surface insensitive glues to encapsulate the code.

Smaller finds – These should be individually placed in small boxes with separate labels. The specimens should be separated with labels fixed or inside the box.

Most museums will have two codes: the ‘field code’ and the ‘museum code’. The field code is a unique code given on site at the time and the museum code is the main code used to relate all data and information to individual fossils.

Coding by type – It is easy to code fossils by type. For example, you could use [AM] for ammonites, [BI] for bird and so on, followed by a number such as ‘AM0013’. This has its problems. If you code a fossil which later becomes re-identified, the code then becomes inconsistent and you will have to re-code. Anyone who has referred to that fossil will find their code becomes incorrect, which causes massive problems for those trying to carry out research.

Coding by formation – The same is true when coding by formation. For instance, in North Norfolk, until recently at Weybourne, the crag was known as the Weybourne Crag, which could have been represented as ‘WEYC0001’. However, the formation is now known as the ‘Wroxham Formation’. This shows that formations and zones can change, as new research changes boundaries and names.

Coding by locality – The most recommended method of coding is by locality. Codes should not change, as the location where the fossil was found should never change. It is best to use a four digital code followed by the fossil number. You should separate the numbers and letters to ensure that they cannot become confused. Any fossil which you do not know the location where it was found should be coded as ‘X’. The number of digits used will depend on your current collection, but you should allow plenty of space for expansion.

PTMU:0001
For example, would be a fossil from Port Mulgrave.

X:0001
For example, would be a fossil from unknown location.

XSUF:0001
For example, would be a fossil from unknown location in Suffolk.