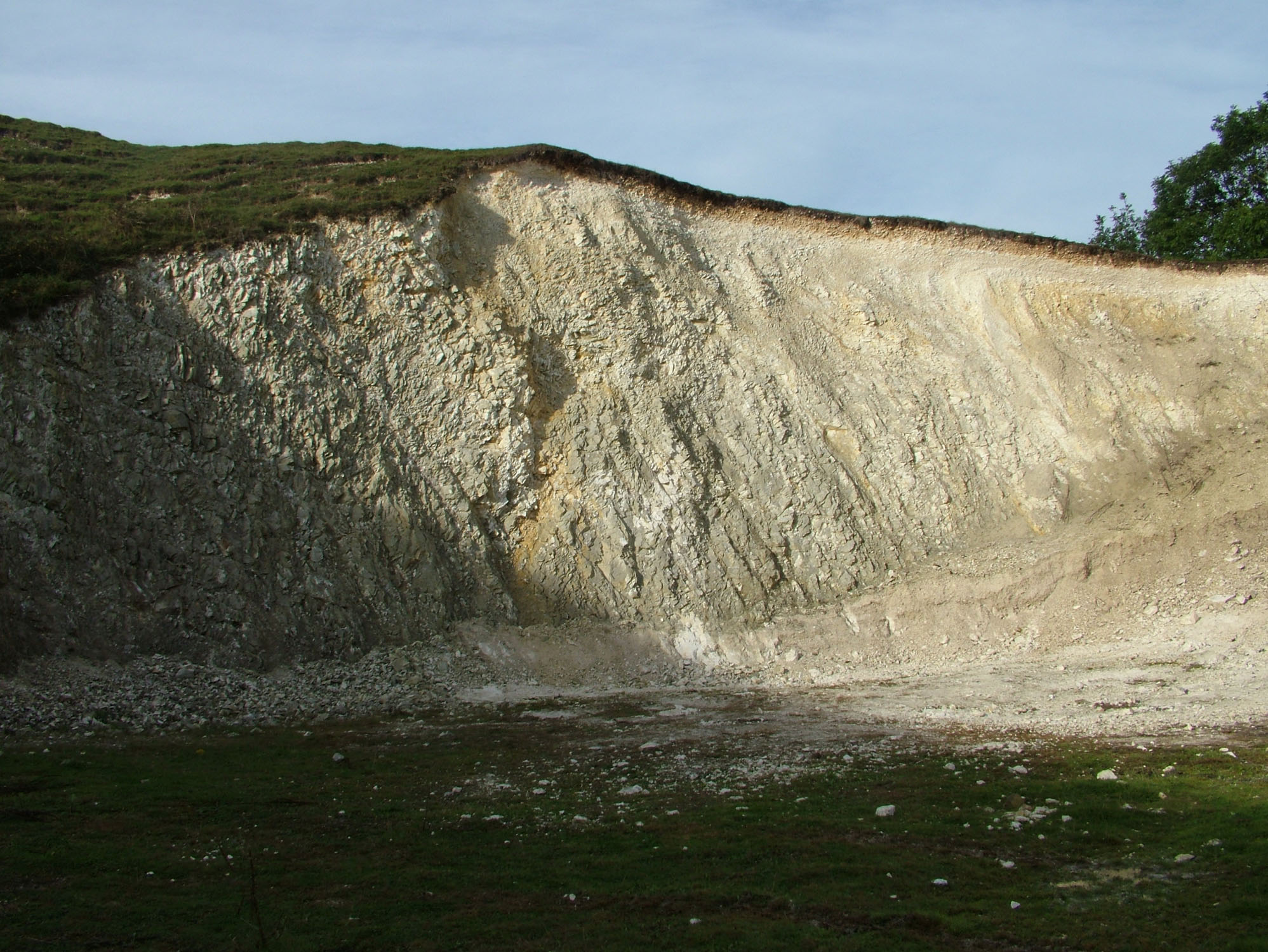 This small quarry, along the B3395 near Bembridge, yields sponges and fish remains. There are lots of clean faces and scree to look through, although fossils are not common.

FIND FREQUENCY: ♦ – There is a fairly low chance of finding fossils here.
CHILDREN: ♦ – Bembridge Quarry is not suitable for children or family trips.
ACCESS: ♦♦♦ – Access to Bembridge Quarry is along the B3395. It is easy to find.
TYPE: – This is a quarry location.

The White Chalk Subgroup here yields sponges, such as Porosphaera. Occasional fish remains can also be found. However, generally, this location is quite poor for fossils. They can be found either in the scree and boulders or in the cliff face. Most can be found by turning over boulders or from material that has naturally weathered. Fossils can also be found by splitting the boulders.

Common sense when collecting at all locations should be used. We recommend that hard hats are worn at all times at this location.

You will need a hammer, safety glasses and chisels for this location, although fossils can also be picked by turning over boulders.