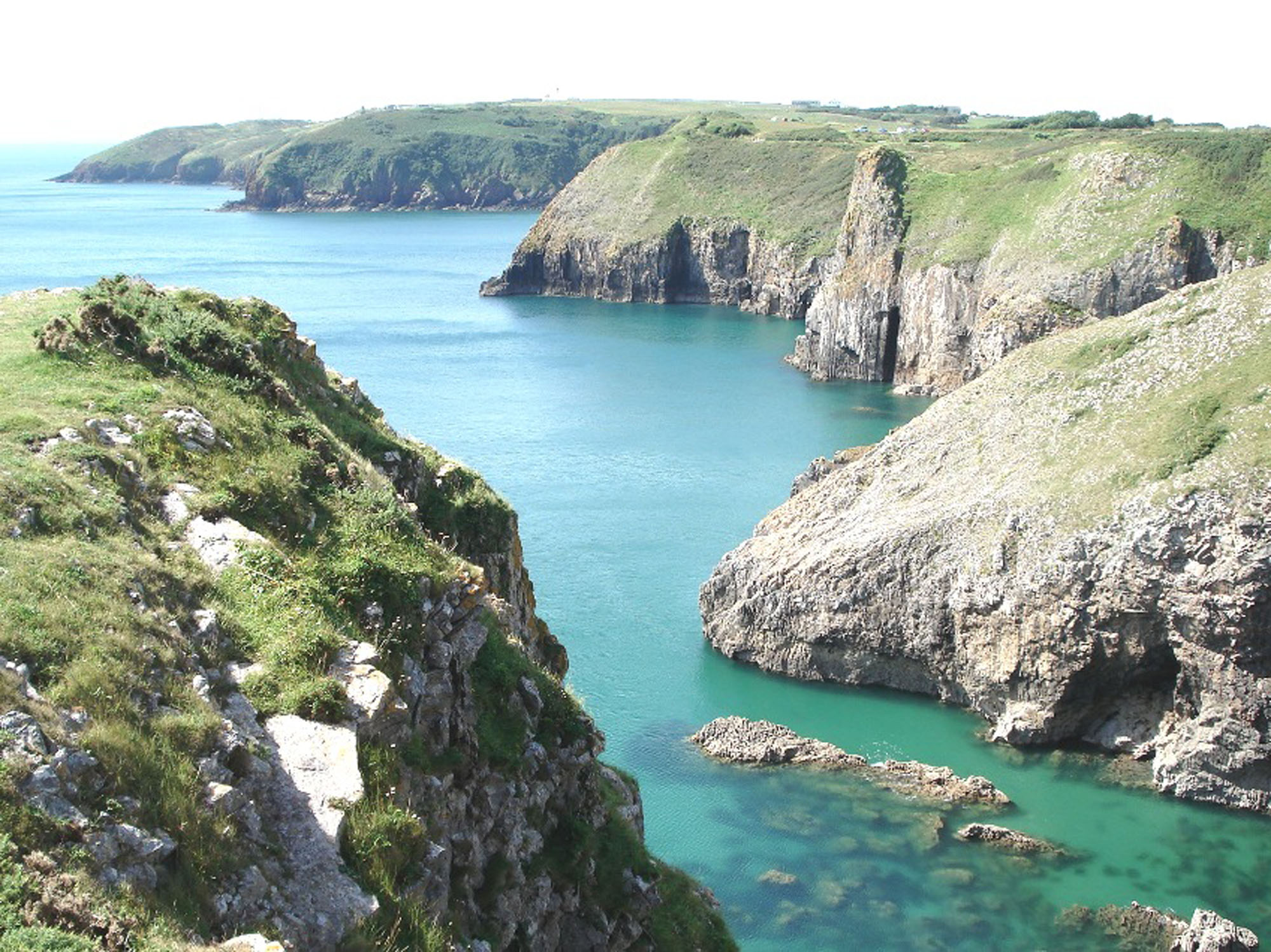 Good quality coral fossils are abundant within the rocks at this beautiful little cove. However, most cannot be collected, as they are found within the limestone cliffs and on the surfaces of large boulders.

♦ There is a free National Trust car park at the headland at Lydstep, but is hard to find. To reach it, turn down a small, badly kept road that heads south from the village.
♦ After a couple of hundred meters, you will find yourself next to a new static caravan park. There is a turning to your right opposite this, which you should take to reach the car park.
♦ From the car park, walk to the right when facing the sea. Follow the path a short distance and then descend the steps down to the back of the cove. Fossils can be found immediately.
♦ Ref: 51.64699°N, 4.76185°W

FIND FREQUENCY: ♦♦♦♦♦ – Coral fossils are everywhere – within the cliffs, on the surfaces of boulders, and in pebbles and cobbles washed by the sea. It is incredibly very easy to find fossils here.
CHILDREN: ♦♦♦♦♦ – This location is suitable for children, but they should be supervised, as there are large boulders and rock overhangs.
ACCESS: ♦♦♦ – It can be a little tricky to find the National Trust car park but, once there, the walk is short, along a well-maintained path to the cove. The descent to the location should not prove too difficult for most. The cove itself is rocky in places.
TYPE: – Fossils can be seen in the limestone cliffs and boulders here. They are also present within the pebbles at the base of the beach.

Most fossils at the headland at Lydstep can be collected from the foreshore within the loose shale. Do not hammer the cliff or any other bedrock. Corals are by far the most common fossils and can be observed practically anywhere on the surfaces of the cliffs and boulders. Crinoid, gastropod and brachiopod are also present, but less abundant.

Corals and crinoid pieces can be found on the surfaces of pebbles. Look in the limestone of the cliff faces and also the large boulders for corals and other fossils.

Where the sea washes the pebbles at the mouth of the cove, check the stones for coral and crinoid fossils. These show up much better when wet. However, do not attempt to extract fossils from the cliffs or boulders.

The geology at Lydstep Point is mostly of Dinantian (Lower Carboniferous) age, being from the Pembroke Limestone Group (359-326 Mya) of the Tournaisian Stage, Brigantian substage.

The rocks at the Point also show Triassic rocks (undifferentiated) with breccia from 251-200 Mya.

Be careful not to stand under overhanging parts of the cliff. Mobile phone signals are likely to be lost at this location, so be sure to tell someone where you are going and what time you expect to return. As the cove is so small and the path leads into it, there is little chance of becoming cut off by the tide, but you should use common sense. Take care when climbing over boulders.

Most fossils at Lydstep Headland can be collected from the foreshore within the loose shale. Fossils can be seen in (but not collected from) the limestone cliffs and boulders here. They are also present in the pebbles on the shoreline. Therefore, no specialist equipment is needed.