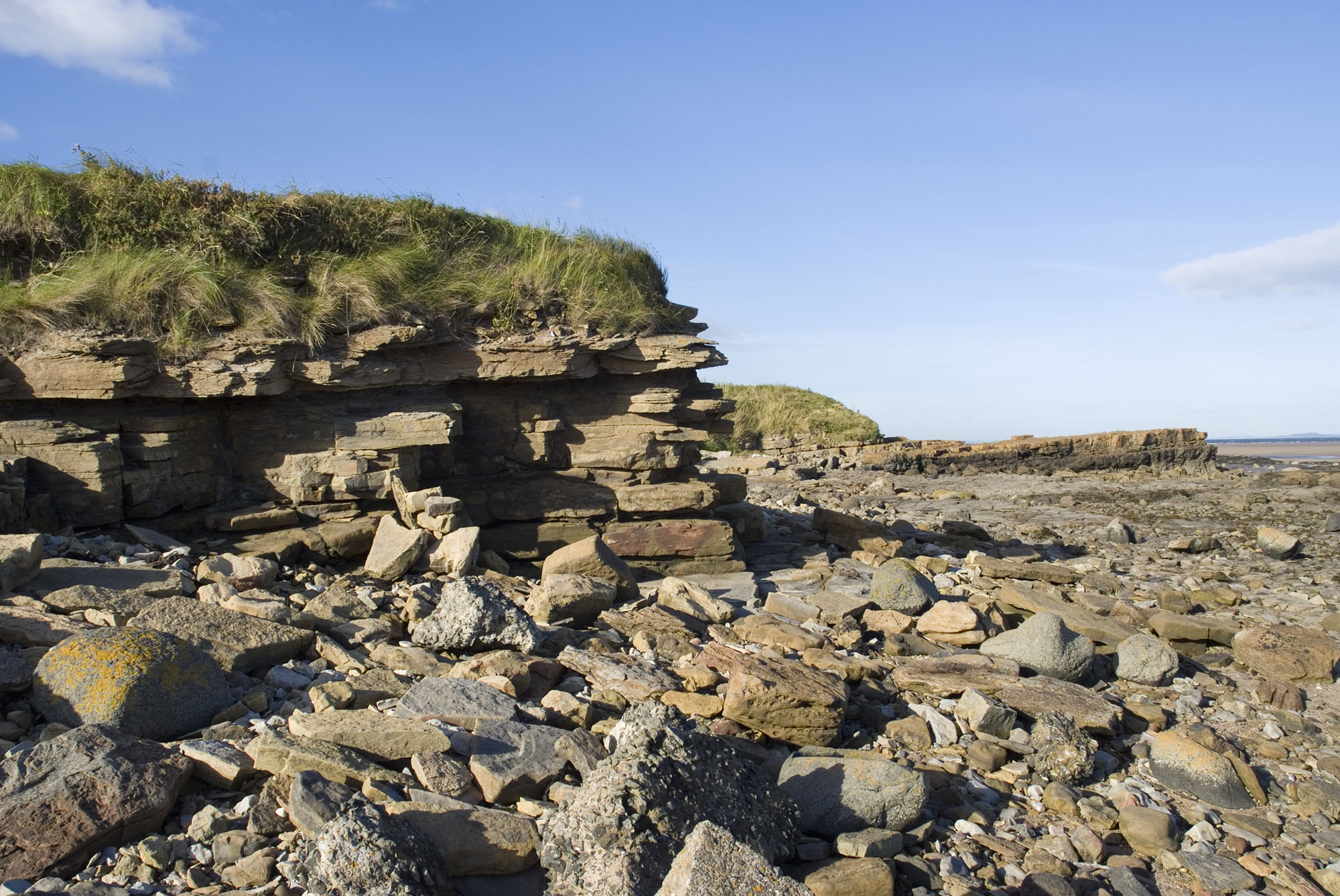 This is a peaceful location where fantastic bryozoans can be seen in Carboniferous rocks. You can also find many slabs of the tracks of trilobites, preserved in the mud over which they crawled. Fish and the trilobites themselves can also be found here.

♦ Take the A198 to Aberlady. The road turns sharply right at the northeast end of the town. At this bend, a narrow road ahead takes you to the golf course. Follow this just past the golf course to where you can park.
♦ In the distance, you can see a small red hut. Follow the coastal path around the edge of the golf course and head towards this hut. The fossiliferous rocks are on the foreshore around and past this structure.
♦ Ref: 56.01322°N, 2.88081°W

This site is a SSSI. Do not hammer the strata and collect only from the loose material.
There are lots of fossils to be found at Aberlady. Bryozoans and corals are the most common here, with one of the most common corals being the colonial coral, Lithostrotion junceum. These can be seen in foreshore beds, which are several metres thick and are beautiful to see. Do not destroy them. Rather, leave them for others to admire. However, you are allowed to collect any broken or loose pieces on the foreshore. Another coral that is very common looks like macaroni (Lithostrotion pauciradiale). Compound corals, such as Caninia and Zaphrentis, are also common.

Trilobite tracks are very common and you can see complete layers of them in the cliff. Once again, do not damage or remove these and leave them for others to see. These tracks were made by the animal moving through the mud. Trilobites themselves can also be found but are rare; mostly the heads or tails are found. Fish fragments and crinoids, while also quite rare, can also be found.

The rocks here are from the Lower Carboniferous (Dinantian) and the entire headland is worth exploring for its geology and fossils.

Between Gosford Bay and Aberlady Bay the rocks comprise:

Most fossils can be found by searching the loose material on the foreshore. Note that hammering is not permitted at this location.