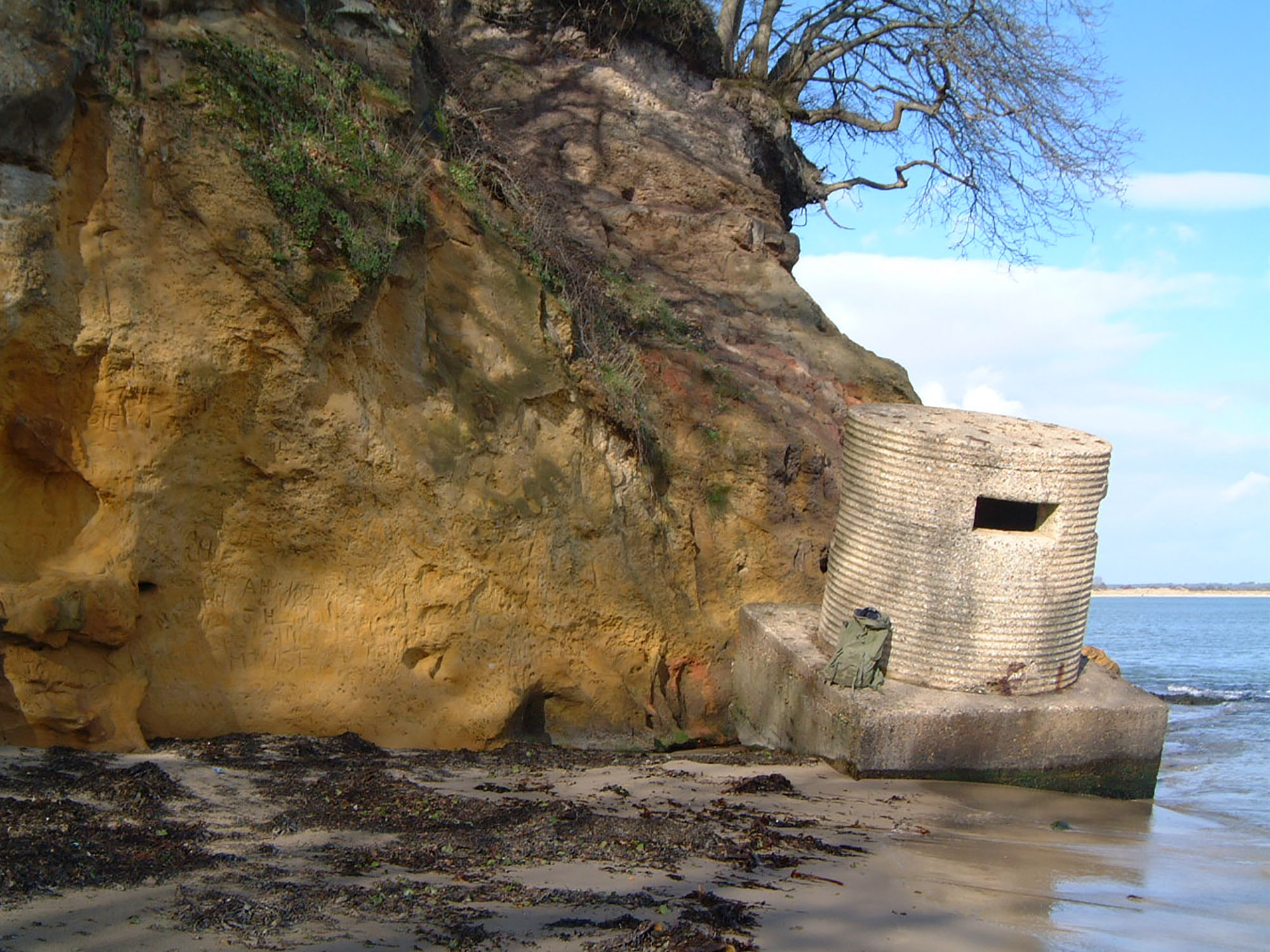 ♦ Studland Bay can be reached either by going to Swanage and then taking the minor roads to Studland or by taking the main B3351 from Corfe Castle. The latter is the best route, as it takes you directly to Studland Bay.
♦ There are two car parks at Studland, one to the north and one to the south. From the B3351, the first signposted is the southern car park, so take this road.
♦ If you can use this car park, which is situated near the ‘Bankes Arms Hotel, follow the short track in a narrow ravine to the shore. From here, you can either go south to visit the chalk or north to visit the Poole Formation. The latter yields plant remains and is recommended as a visit.
♦ Ref: 50.64351°N, 1.94495°W

FIND FREQUENCY: ♦♦♦ – Fossils at Studland Bay are mostly found in a 6m bed of grey sandy clay from the Pool Formation, but they are poorly preserved. Fossils can also be found from what used to be known as the Upper Chalk (now, the Studland Chalk and part of the Portsdown Chalk Formation)
CHILDREN: ♦♦♦ – Studland Bay is suitable for older children, but fossil are not easy to find.
ACCESS: ♦♦♦♦ – Access to Studland Bay is very good. There is parking nearby and you don’t have to walk very far to start collecting. However, watch the tides, as the sea reaches the base of the cliff at high tide.
TYPE: – Fossils are mostly found in the cliff. The foreshore is nearly always sand and, therefore, scouring rarely occurs.

To the south of Studland Bay, the chalk yields belemnites, bivalves and the occasional brachiopod. The Poole Formation, at the northern end of the bay, contains plant remains, although these are mostly just plant debris.

The best plants used to be found at Bournemouth, but Studland Bay is now the only accessible location for the Poole Formation. However, the plant remains here are poorly preserved unlike those from the once, classic, Bournemouth site.

Within the same plant yielding beds of the Pool Formation, throughout Studland Bay, insects are also found. These have been well documented and can be seen in local museum collections. However, the insect remains are small, so you may need to take home samples for processing.

At the southern end of the bay, chalk from the Mucronata Zone of the Campanian stage is exposed. Above this, what was known as the Reading Formation from the Eocene period but now classified as sands and pale grey clays of the London Clay Formation.

The northern end of the bay begins with the London Clay Formation, although this is poorly exposed and overgrown. However, the Broadstone Sand Member (previously referred to as Redend Sandstone) from the Poole Formation is well exposed up to Redend Point. Here, the clays yield plant remains. This is also part of the Poole Formation from the Eocene.

There is a significant difference in stratigraphical nomenclature between that used on the current BGS Geological Map of Swanage and in previous publications. On the 2000 Edition of the British Geological Survey Map, no Reading Formation is shown at Studland Bay. The lowest Tertiary strata is considered part of the London Clay Formation. The old edition does show “Reading Beds” in the southern part of the bay. These sands and clays are now regarded as part of the London Clay Formation.

Common sense when collecting at all locations should be used and prior knowledge of tide times is essential. At Studland Bay, the sea often reaches the base of the cliff at high tide, so you should collect on a falling tide and return before the tide turns.

Most of the fossils at Studland Bay are found by splitting layers of the Poole Formation. Therefore, a chisel pick is extremely useful at this location.

This site is an SSSI and forms part of the UNESCO World Heritage Jurassic Coast. This means you can visit the site, but hammering the bedrock is not permitted. For full information about the reasons for the status of the site and restrictions please download the PDF from Natural England – SSSI Information – Studland Cliffs