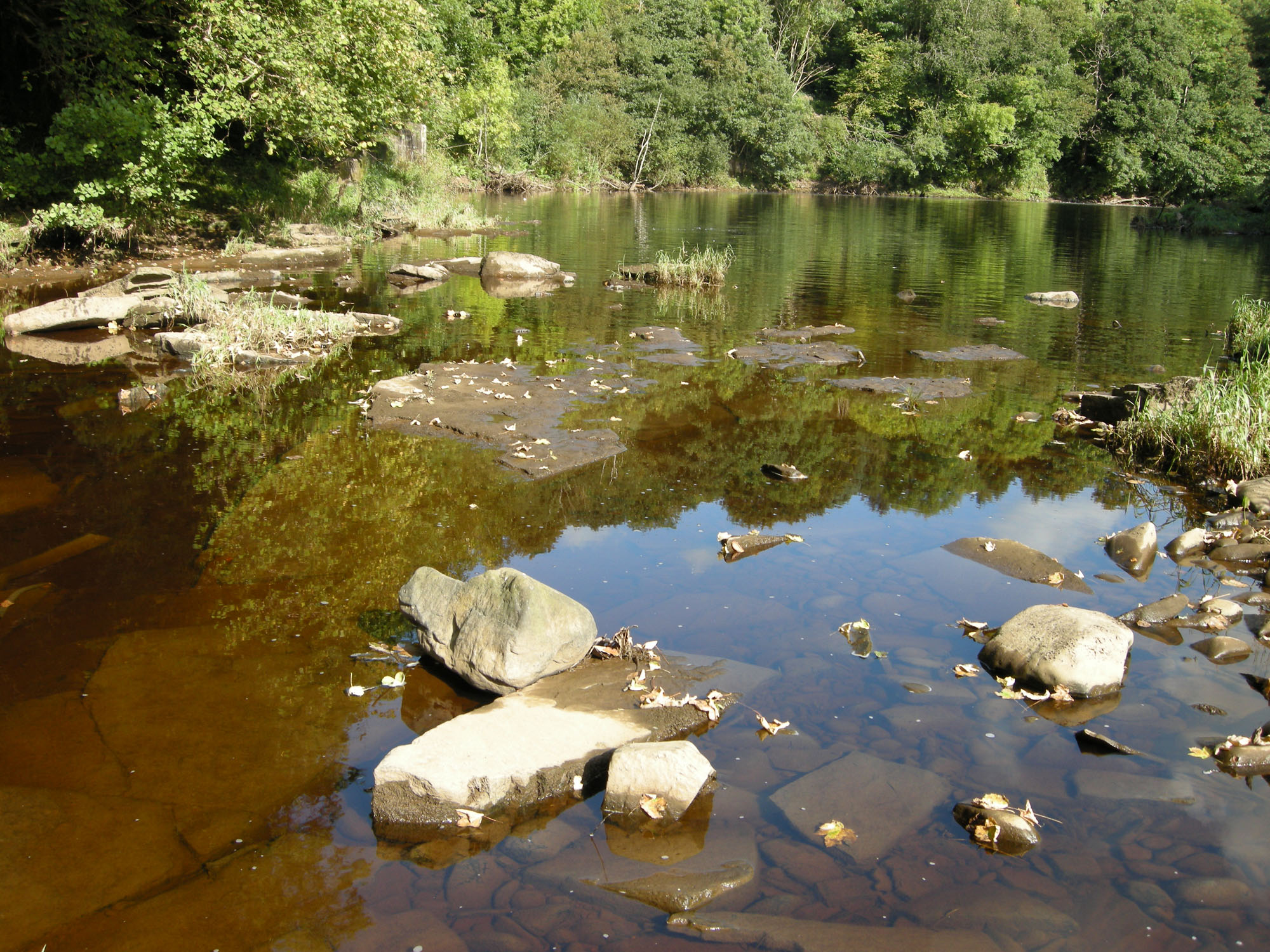 ♦ At Annbank, exposures can be found on the left hand bank of the River Ayr. The exact location is just opposite Annbank village, with a second exposure just south of the old piers, a little under 2km north of Tarholm Bridge.
♦ There is access down to the river, but it is well hidden. Access can also be made from Annbank itself by a footpath.
♦ Ref: 55.47424°N, 4.52001°W

FIND FREQUENCY: ♦♦ – Annbank was once a location highly rich in plant remains. It is now over collected and the beds are hard to find.
CHILDREN: ♦ – We do not recommend children at this site. It is dangerous, with steep sides, fast flowing water and poisonous weed.
ACCESS: ♦♦ – Annbank is easy to find, but the footpath down to the river is well hidden and may take a while to locate.
TYPE: – Fossils are found in the river and stream beds, which cut through carboniferous rocks. You should visit when water levels are low, when collecting will be both safer and more productive. Take care as the sides can be quite steep. This is not a location suitable for families or children.

This is not an easy location to visit, as it is very hard to find. However, plant remains are found just before the Barren Red Bed, which marks the riverbed. The shales above this are rich in fossils, but have been mostly washed away and over collected.
The area to look for is the riverbank itself. The upper shale beds are much less productive and the best beds are the lowest. Water levels can also be very high, which makes collecting difficult.

The Carboniferous Scottish Coal Measures at Annbank are from the Westphalian Stage (aged between the Duckmantian Substage and the base of the Warwickshire Group of the Asturian Substage. The latter is demarcated by red mudstones of the Etruria Formation, which lie above the Coal Measures, at the sharp unconformable base of red-beds of late Carboniferous age.

Annbank has several dangers, the most important of which is the poisonous weed in the river. We advise people visiting to ensure they wear gloves and wash their hands carefully after the visit. Annbank can also be dangerous when water levels are high, so we advise visiting during the summer, after periods of low rainfall.

A pick is very handy at this location. You will also need plenty of paper to wrap up your finds.