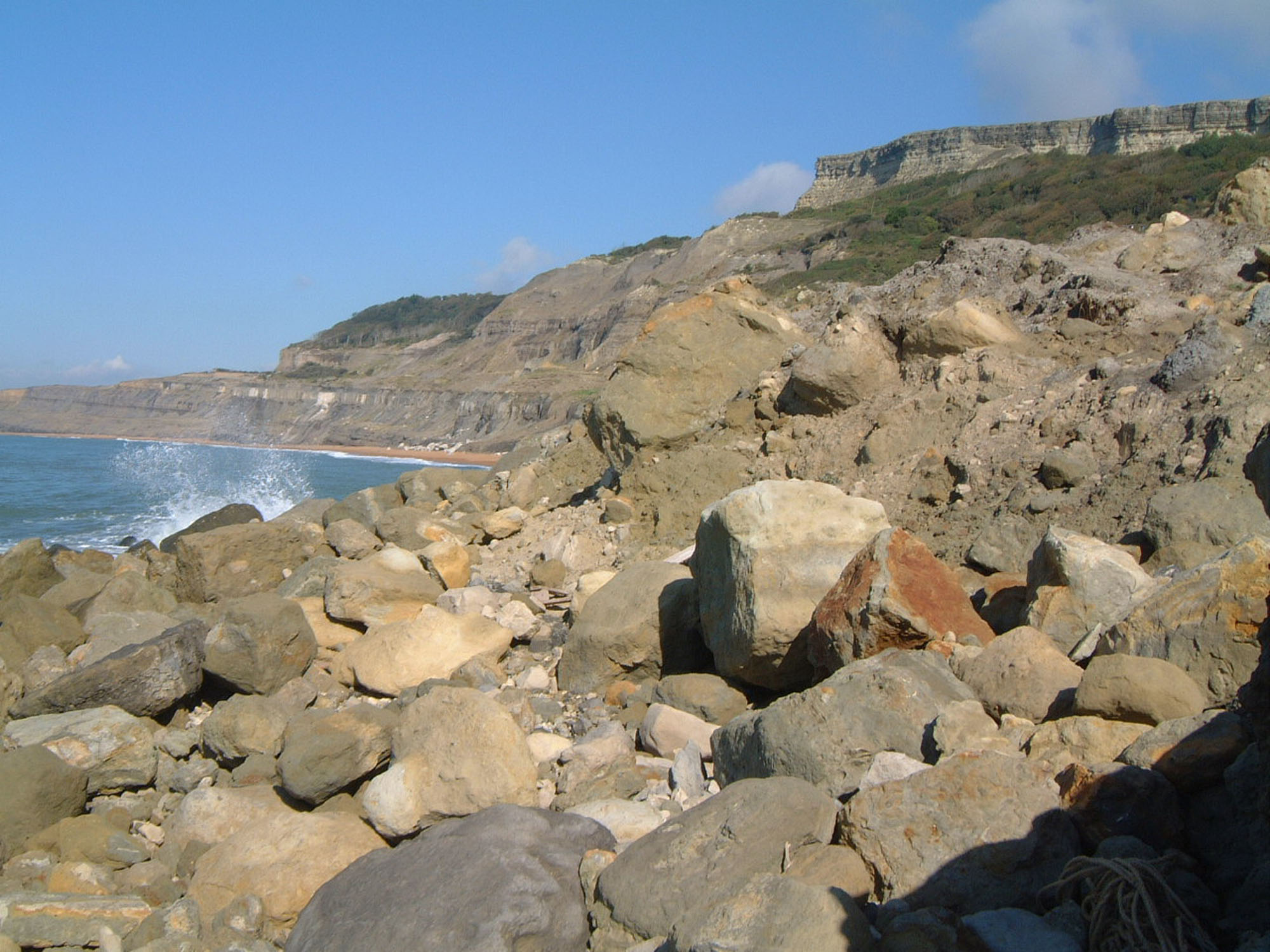 In a peaceful corner of the Isle of Wight, Rocken End is a less visited location with a small inland quarry. It is ideal for anyone interested in ammonites and other molluscs, and also makes for an excellent day out for all the family.

FIND FREQUENCY: ♦♦♦ – There is a moderate chance of finding fossils here.
CHILDREN: ♦♦ – Rocken End is suitable for families and there are lots of places to go for walks.
ACCESS: ♦♦♦ – Access is quite easy, with a car park, cafe and toilets.
TYPE: – You can find fossils at this location on the foreshore, in the cliff face and at the small quarry.

Blocks of Upper Greensand can be found on the foreshore along with Glauconitic Marl. Within this bed, phosphatic nodules can contain fossils of ammonites (Hypoturrilites, Schloenbachia and Idiohamites), along with bivalves, gastropods and brachiopods. Fossils at Rocken End can be found either on the foreshore or in the small quarry. Most of the ammonites here can only be found in nodules.

Rocken End is composed of fallen debris from landslides. Beneath the debris, Gault Clay lies  above Sandrock Formation of the Lower Greensand Group. The geology at Rocken End consists of (in ascending order):

The Upper Greensand can be seen in slippages with steep landward dips. Blocks of this can also be found on the foreshore, along with Glauconitic Marl.

The Gault Clay here is unfossiliferous and the Lower Chalk is not particularly well exposed. Therefore, collecting at Rocken End is done mostly within the fallen blocks of the Upper Greensand.

Common sense when collecting at all locations should be used and knowledge of tide times is essential. If you are examining the foreshore, be careful of tide times, as the sea reaches the foot of the cliff most of the year.

Beware of walking too close to the cliff face, as the footpath runs alongside the steep face. When in the small quarry, be careful of falling rocks.

You will need a hammer, safety glasses and chisels for this location, although fossils can also be picked up from the foreshore.