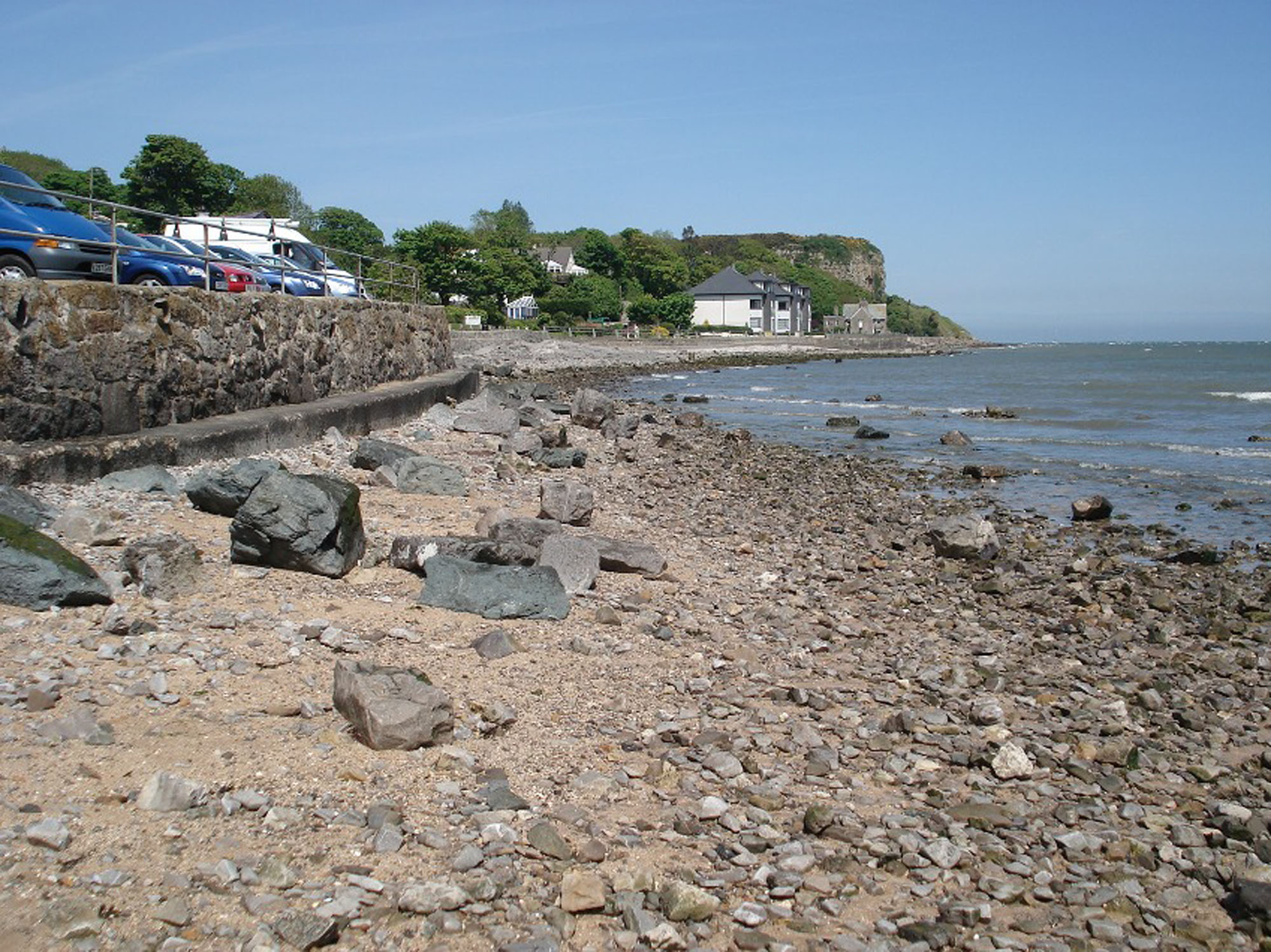 Occasional coral fossils can be found at the pretty location of Red Wharf Bay. Brachiopods and crinoid pieces also occur. However, finds are generally infrequent.

♦ There is free parking next to the shore, which can be found half way up the west side of the bay. There are no restrictions on the beach itself. Beyond the houses at its northern end, the land behind the beach is private.
♦ From the car park, go down to the beach and walk north, checking the pebbles and rock ledges for fossils.
♦ Ref: 53.30569°N, 4.20778°W

FIND FREQUENCY: ♦♦ – It takes quite a bit of hunting to find coral specimens in pebbles. However, a few large examples can be seen in rock ledges, along with numerous worn brachiopods.
CHILDREN: ♦♦♦♦ – There are no particular dangers at this location. The only place where being cut off by the tide may pose a threat is beyond the houses at the northern end of the beach, under the cliff.
ACCESS: ♦♦♦♦♦ – Free parking can be found right next to the beach and there are no significant obstructions on the beach itself. However, collecting is best carried out at or near to low tide.
TYPE: – Fossils are most commonly seen in the limestone ledges that run across the beach, but can also be found loose in pebbles.

As the tide retreats, check over the wet pebbles and rock ledges for fossils. It can be very hard to make these out if the rock is dry. In places on the rock ledges, worn brachiopods can be found. Corals are also present, but infrequent. With enough searching, a few fossils in pebbles can be found.

The Carboniferous Limestone Series at Red Wharf Bay is Visean in age and is part of the Clwyd Limestone Group, which is about 330myrs old. There is a diverse range of limestone facies exhibiting local dolomitisation, with subordinate sandstone and mudstone units.

The geology of the area records the initiation and growth of a carbonate platform along the northern flank of the Wales-Brabant Massif.

In general, this is a safe location. However, if you venture past the houses at the northern end of the beach, make sure you do so on a retreating tide, otherwise you can get cut off. The low cliffs here should also be avoided.

A number of bags and newspaper in which to wrap your finds is all that is needed at this location.

Free access – there is free parking next to the shore and no restrictions on the beach itself. Beyond the houses at its northern end, the land behind the beach is private.