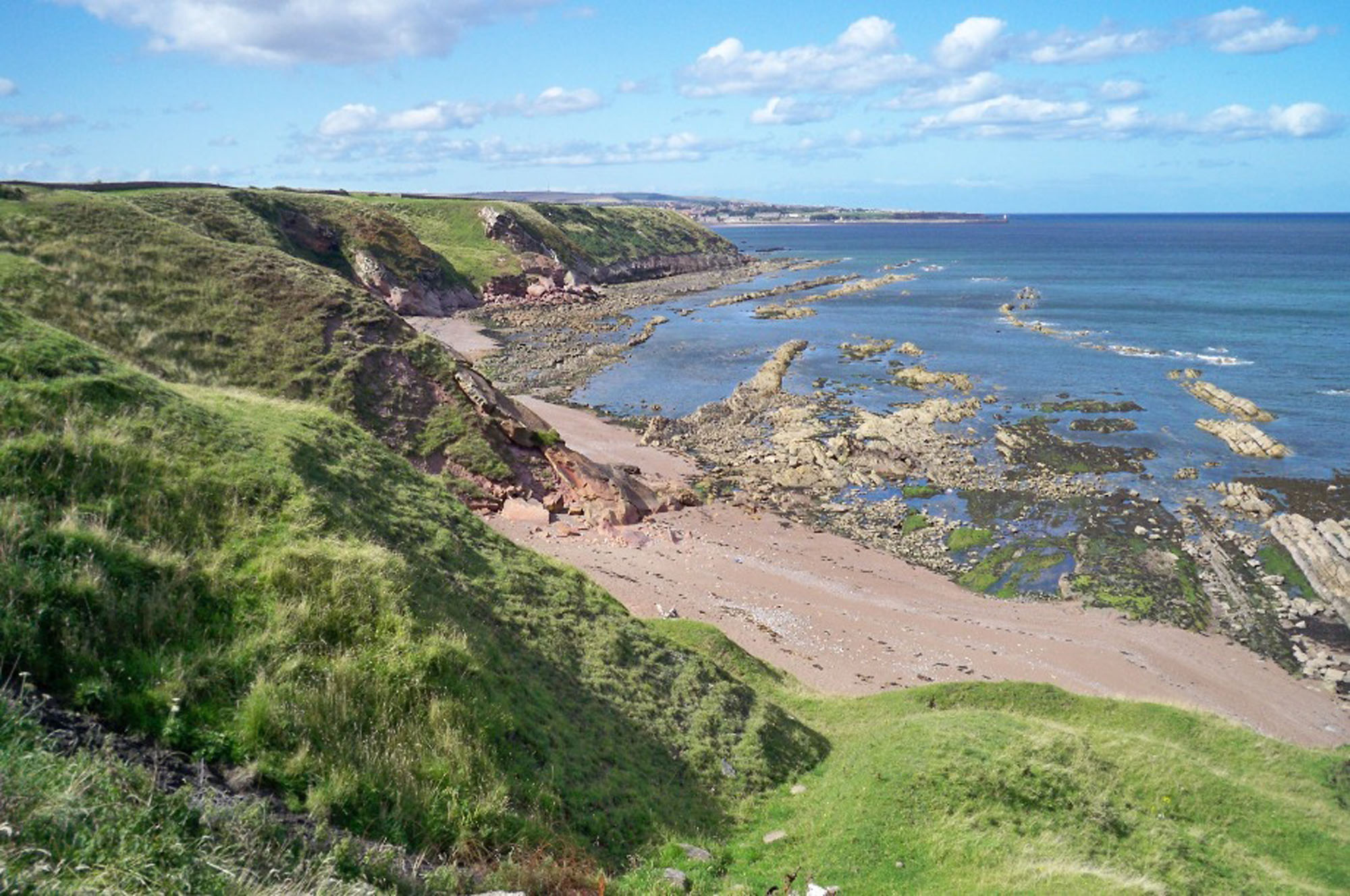 A good location at which to find a range of Carboniferous fossils, including crinoidal limestone and corals, as well as plant remains and trace fossils in sandstone.

♦ From the village of Scremerston, take the road next to the church, east, towards the coast. Follow the road to the left when you come to the farm and then take the next right. Go over the train track and park by the road a short distance later, where the road bends round to the right.
♦ Walk back along the road, the way you came but instead of turning the corner, walk straight across the road at the bend and along the footpath.
♦ Follow the footpath, going north west for about 250m and then descend the cliff where it becomes hilly rather than precipitous.
♦ From this access point you can fossil hunt for a few hundred metres to the north west and the south east.
♦ Another access point can be found further along the coast. Instead of parking just beyond the crossing, follow the road south for about 500m. ♦ Here there are rock ledges next to a sandy beach and the access is easier. In some layers many brachiopod fossils can be found. However, there is not such a big area to investigate at this part of the coast and fossils are limited.
♦ Ref: 55.73883°N, 1.96464°W

At the northern site, tilting limestone layers on the foreshore are packed with crinoid stem pieces. Rolled coral cobbles can also be picked up. In large sandstone blocks, some larger plant fossils such as Stigmaria roots may be found. On freshly exposed bedding planes, trace fossils are abundant.

At the northern site fossils are less common. However, a couple of strata do contain numerous brachiopod fossils. If you can find these you will not go home empty handed. These strata are softer than most of the others here, so look out for hollows between other layers where they have been worn away. If you investigate these you should find some pieces.

It is virtually impossible to become cut off at the southern site. The northern stretch of coastline, however, has high cliffs and it is possible to get cut off here, so be aware of your tide times and collect on a retreating tide. Always tell someone where you are going and what time you expect to return. If at all possible, collect as a pair or a group and take a mobile phone.

A good eye is mostly all you need, but a pick will prove very useful for the shale. Wear hiking boots, as this is a foreshore location.