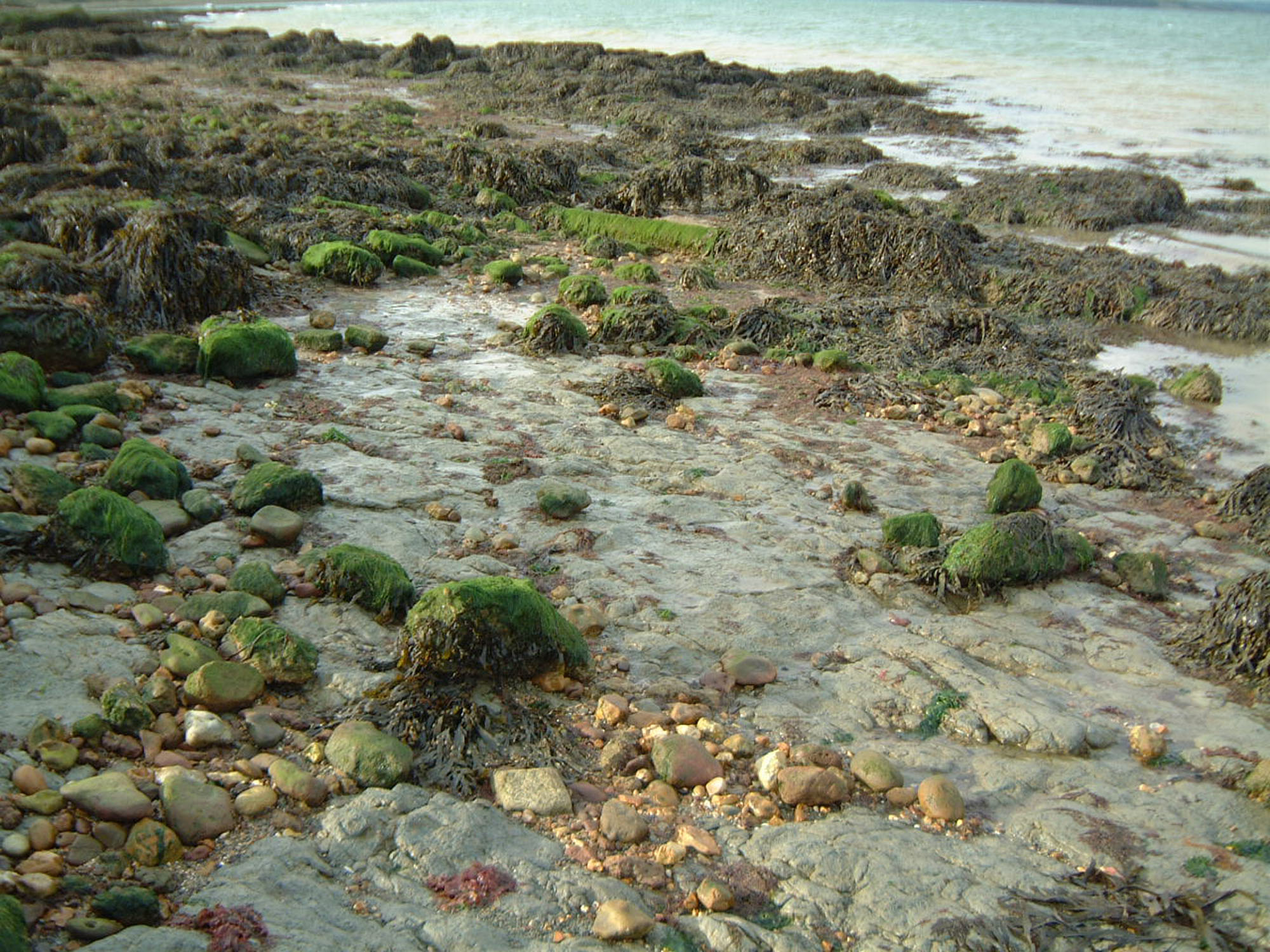 Gurnard Bay is a classic location for finding insects. These are found in the Bembridge Marls (Eocene) and over 200 species have been found. Today, the famous insect bed has become less productive, but specimens can still be found.

♦ Gurnard Bay is west of Cowes. Follow the coastal road (Marsh Road) from Cowes to Gurnard, where you will find limited parking at the end of the road.
♦  Follow the coastal footpath at Gurnard Bay, which will allow access to the beach.
♦  The bay extends up to Gurnard Point, where you will find ledges of the Bembridge Formation. Take extra care, as the mud flats can be dangerous.
♦ Ref: 50.75544°N, 1.33550°W

FIND FREQUENCY: ♦♦♦ – The Bembridge Insect Bed is not always exposed, because it is often covered by landslips, or is overgrown or covered in mud. When it is exposed, or when blocks are found along the foreshore, you should be able to make some good finds.
CHILDREN: ♦♦♦ – This location can sometimes contain some mudflats, which can be dangerous. Therefore, we suggest that older children (supervised by an adult) visit this location.
ACCESS: ♦♦♦♦ – This location is easy to access. You can park directly at Gurnard Bay. There are a few spaces, but parking is limited.
TYPE: – Fossils are mostly found in blocks of limestone along the foreshore or exposed in the cliff face, although much of the time these can often be obscured by sand or slips.

Gurnard Bay is a classic location, famous for the Bembridge Insect Bed. Today, this seems to have become less productive, but blocks can still be found in favourable conditions. The Bembridge Insect Bed dips from north to south to foreshore level, but is often obscured by landslips. It is part of the Bembridge Marls, which consists of grey to blue-green laminated muds, with a distinctive buff and blue grained limestone and marl. Over 200 insect species have been recorded, together with some delicate fossils, such as bird feathers. Fossils are found within a limestone bed, but the foreshore is often covered with mud, so blocks are no longer commonly found.

Within the Bembridge Marls, the laminated mudstones can yield crocodile, turtle and fish remains. These beds are found at the base of the cliff and we suggest taking samples home for sieving.

Common sense when collecting at all locations should be used and knowledge of tide times is essential. Care should be taken of tides at all locations. The sea does reach the base of the cliff, so ensure you return before the tide turns. Also, there are often some very deep mudflats at the lower part of the foreshore, which must be avoided.

You will need a pick, hammer and safety glasses for any blocks of the insect bed and, if taking samples, a trowel and sample bags are needed.

There are no restrictions at this location, but please follow the our UK Fossils Code of Conduct.