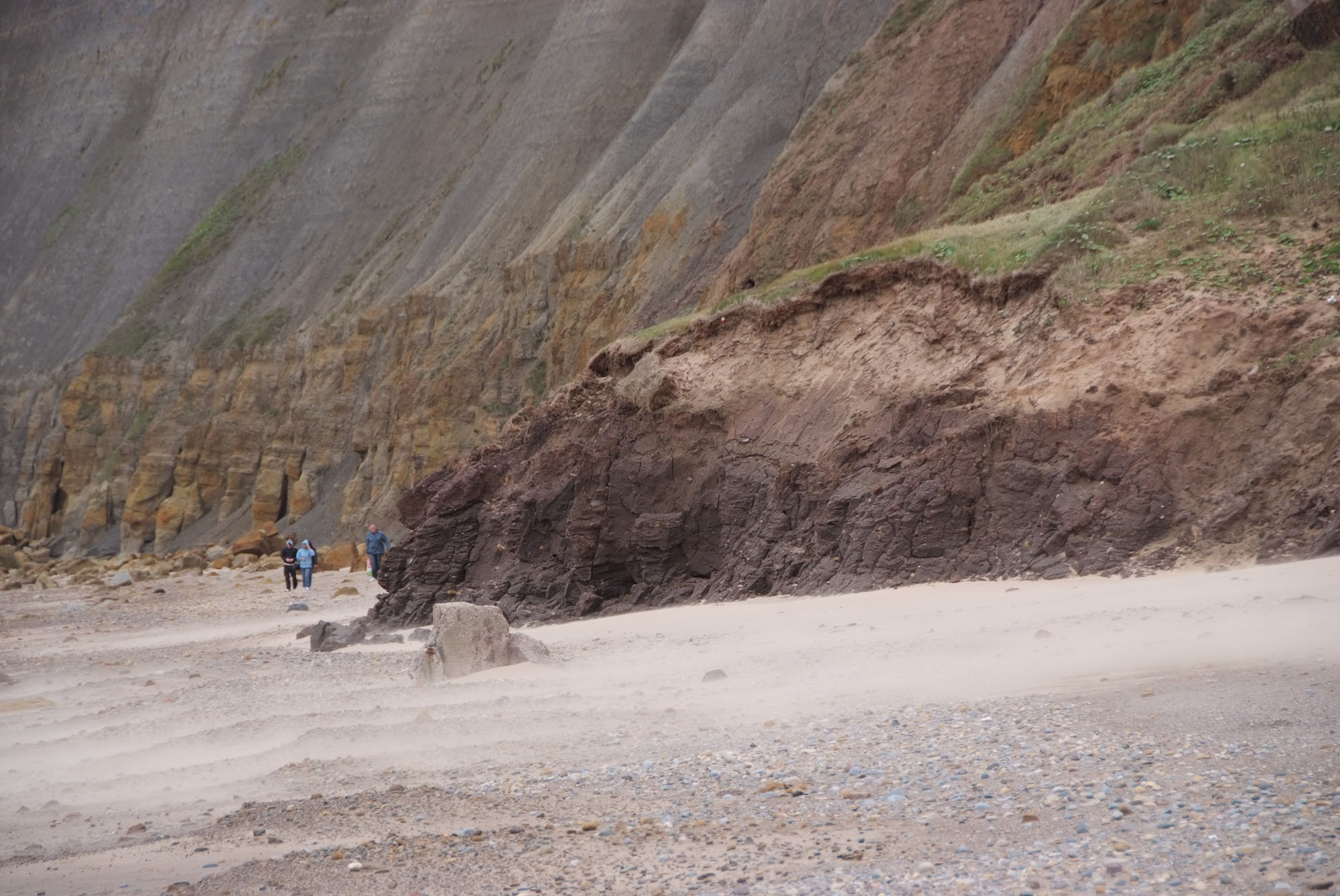 Cayton Bay yields ammonites and some superb gastropods, bivalves and brachiopods from the Oxford Clay. These are best found on extreme low tides on the foreshore. This location is best during scouring conditions.

♦ Cayton Bay can be accessed from Osgodby, along the A165. If coming from the south, this is the first turning on the right after the Cayton Roundabout.
♦  From the north, the car park is immediately after the second turning to Cayton off the A165.
♦  Once on the beach, you can visit exposures to the north and south of the bay.
♦ Ref: 54.24195°N, 0.35709°W

FIND FREQUENCY: ♦♦♦ – This can be a very productive location, during the right conditions. The problem is that the location is too unpredictable. Often, the beds are covered, but, if you visit during scouring conditions, then you could come away with many decent finds.many decent finds.
CHILDREN: ♦♦♦ – This location is suitable for children, although there is a steep path down. Once on the beach, there is plenty of foreshore to explore without having to get close to the tall and potentially dangerous cliffs.
ACCESS: ♦♦♦ – Access to this location is good, with a cliff-top car park. However, the path down to the beach is steep and can be a challenge for older people or children, especially on the way back up.
TYPE: – Most fossils can be found on the foreshore during scouring conditions, but they can also be found in the scree slopes under the cliffs.

Most of the year, the best beds are often covered with sand. However, the Cayton Clay provides the best chance to find a variety of fossils by simply searching along the foreshore. Its fossils include belemnites, ammonites and other molluscs.

Near the waterworks at the south end of the bay and at low tide, calcareous sandstone (from the Hackness Rock Member) is sometimes exposed, which yields a range of fossils including bivalves, brachiopods, gastropods and ammonites (Cardioceras and Peltoceras). However, the most productive beds at Cayton Bay are the Oxford Clay. Sadly, these are often covered up with the slipped upper Cayton Clay formations or covered with sand.

If you are lucky enough to visit during scouring conditions, the Oxford Clay can be seen on the foreshore. At the north end of the bay, keep a look out for nodules, as some of these contain shrimps (Meyeria and Macrocephalites kamptus). The Oxford Clay is packed with bivalves and gastropods, and can sometimes be found in the lower cliff sequences 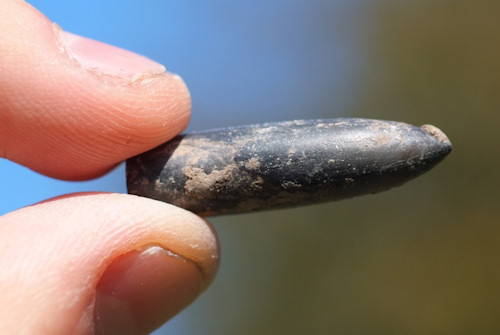 The rocks found at Cayton Bay are Jurassic aged from the Callovian. At the north end of Cayton Bay, the Cornbrash Formation can be seen, comprises red-brown, sandy, nodular, bioturbated limestone with oysters and other bivalves.

The Cornbrash lies beneath the start of the Cayton Clay Formation.

Walking south towards Tenant’s Cliffs, Lower Calcareous Grit is brought to beach level by the Cayton Fault and followed by a calcareous limestone. At the waterworks, low tide reveals a section in the Middle and Upper Jurassic rocks.

At scouring tides, argillaceous limestone and calcareous sandstone can be seen layered along the Upper Leaf of the Hambleton Oolite, which is seen excellently in the low cliff on the southern side of the Brigg. Numerous limestone-infilled Thalassinoides burrows descend from the base of the Upper Leaf into the soft sandstone of the Birdsall Calcareous Grit. The tough, impure limestone contains well-preserved bivalves and ammonites. The higher beds are cut out by ice action at the base of the glacial till.

The extreme change and variation of beds are all caused by a number of major faults. The sequence is shown in the diagram but faulting has caused unconformities.

During scouring, Oxford Clay can be seen along the foreshore south of the argillaceous limestone. Walking further south, Red Cliff is reached, where the Osgodby Formation slopes above the Oxford Clay. A return of the Calcareous Grit Formation and Cornbrash Limestone is followed by Cayton Clay. 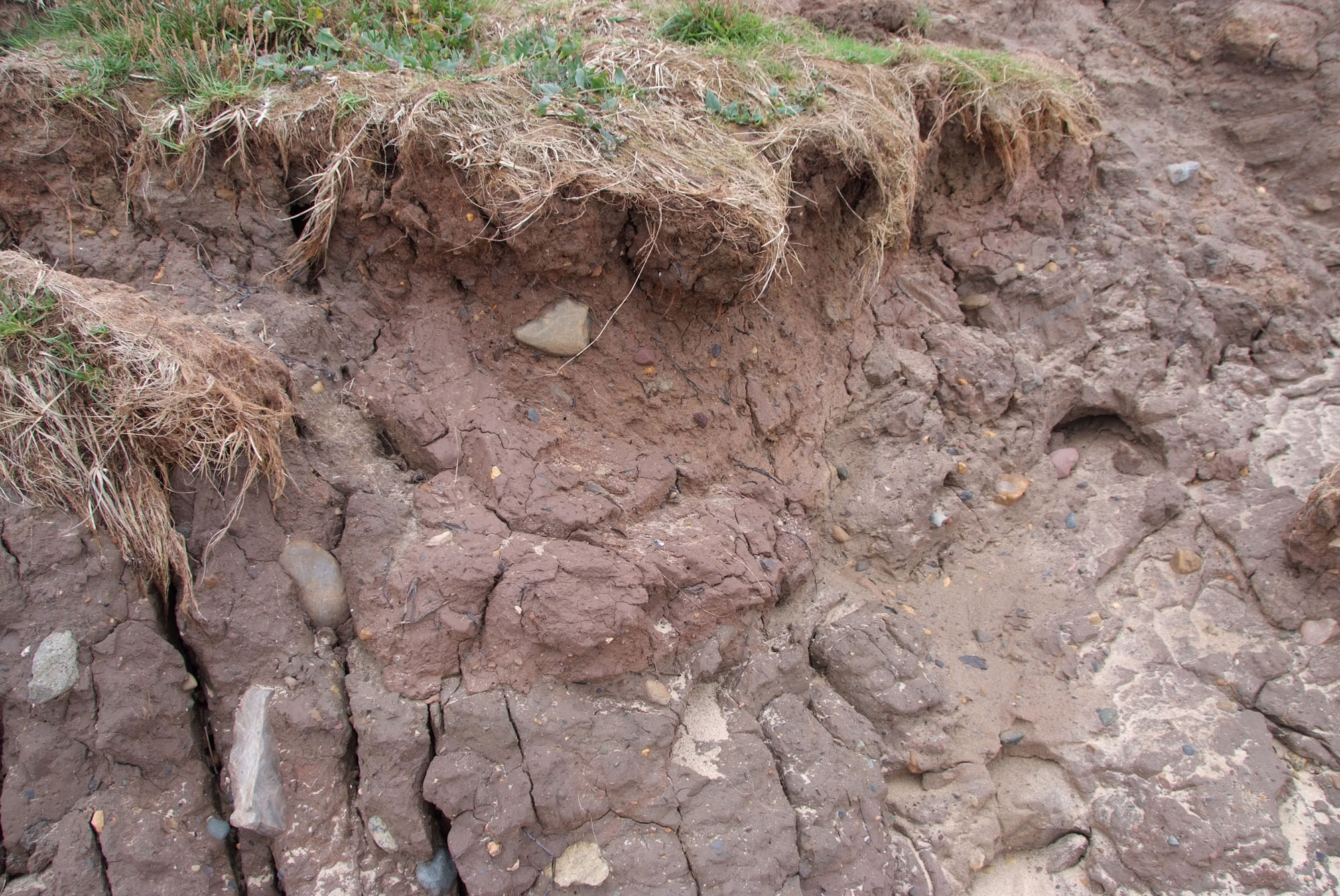 Common sense when collecting at all locations should be used and knowledge of tide times is essential. This part of the coastline is very dangerous as a result of tidal conditions, so make sure you return before the tide turns. Keep away from the base of the cliffs, as rock falls are very common.

A Hammer and splitting chisel are recommended at this location, although often loose fossils from the Cayton Clay can simply be picked up along the foreshore. A pick will also come in handy. Suitable footwear should also be worn. Any fossils should be wrapped well.