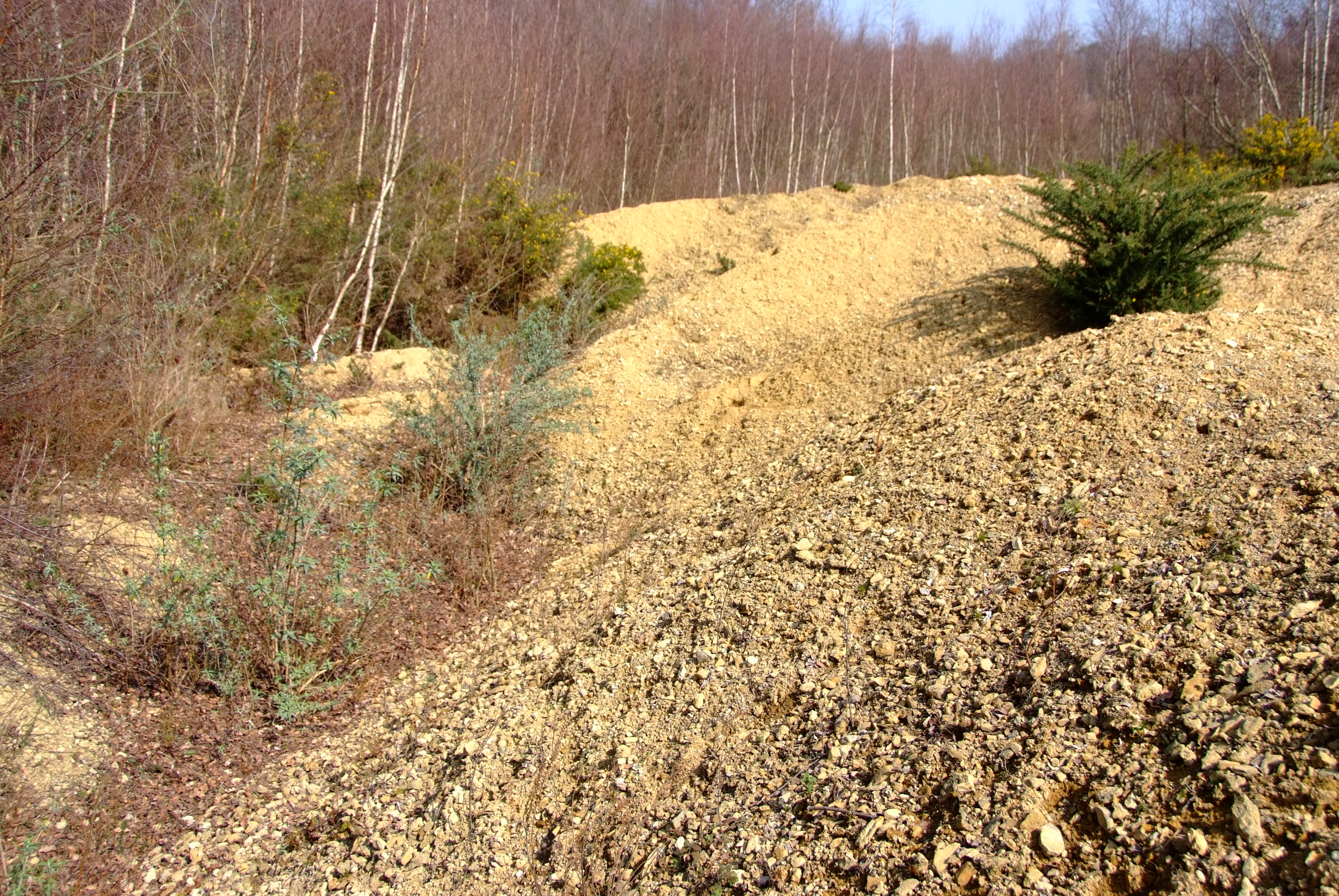 In the middle of this public common is a working sand pit. Since it is on public land, there are no restrictions on collecting and you can collect from the spoil heaps and sides of the pit itself, away from the main site. With permission, you can also enter the main pit.

♦ From the east of Petwork, follow the A272 until you reach the crossroads at Foxhill. Take the road south, which runs alongside Flexham Park (woods), which will be on your left.
♦ When the road reaches a sharp bend, take the road that continues south. This is Riverhill Lane, which you should follow until you get to Riverhill.
♦ Take the road to your left, which has a hairpin bend. Continue round another sharp bend, where you will see a public footpath on your left. Just after this, there is space to park.
♦ There is also a stream that runs beside the footpath. Follow the footpath for about 100m and then climb the hill to the top of the common, where you will see the sand pit. Alternatively, from the south, drive to Little Bognor from Fittleworth.
♦ Continue and turn left at the end of the road and carry on until you get to the north side of Bognor Common.
♦ If you have permission to collect in the main pit, you can use the main entrance, which can be found by following the road further south.
♦ Ref: 50.983377, -0.564326 – TQ 007 212

FIND FREQUENCY: ♦♦ – Fossil bivalves can be found here, but these are uncommon and tend to be poorly preserved, as most of the spoil here is sand. However, better fossils can be found in the main sand pit. If you are lucky, you can also find brachiopods, echinoids and ammonites.
CHILDREN: ♦ – Due to all the heavy machinery in the working sand pit, this site is not for families or children, since it is too dangerous.
ACCESS: ♦ – It can be a little hard finding this site, although on 1:25,000 OS maps Bognor Common and its sand pit is clearly marked. There is also a bit of a climb through overgrown vegetation, if entering from the backend of the sand pit, which is on public land.
TYPE: – This is a working sand pit and quarry within a public common. Fossils are mostly found in the spoil heaps around the edge of the pit. Collecting is unrestricted for the surrounding area of the pit and technically not needed for the main site either. However, permission should always be requested before entering the main site, due to all the large machinery here and the inherent danger this entails.

It is very unusual to have a working quarry in the middle of a public common and, because of this, no permission is required to collect. Having said this, you should always obtain permission if entering the main site, due to the presence of heavy machinery. It would be dangerous to enter without permission, as the quarry owners and machine handlers would not then be aware of your presence. Most of the fossils are found in the cemented bands. The bivalves (Trigonia, Resatrix, Mesolinga and Aetostreon) here are poorly preserved, although in certain bands some can be of a good quality. If you are lucky, you can also find brachiopods, echinoids and ammonites. The spoil heaps around the edge of the site mostly consist of sand, silts and muds, with only a few of the cemented blocks lying around. The larger blocks usually fall to the bottom of the heaps or are found lying around on the floor of the pit. With permission, you can collect from the better cemented beds in situ in the main working pit.

Little Bognor Common quarry at Fittleworth is the best site to view the Hythe Formation, which is part of the Lower Greensand Group from the Aptian of the Lower Cretaceous. In fact, Little Bognor Common is the reference section for this formation. Here, the bedding is very obvious, with cemented bands around 10 to 50cm thick, with laminated and uncemented muds, silts and find sands.

Fossils are rare and not well preserved, but are not unknown. Echinoids, bivalves and brachiopods come from the cemented beds.

This is the only working quarry in the Hythe Formation (Lower Greensand) of West Sussex. It is worked for rockery stone and for crushed stone for paths, etc.

This extensive quarry shows the variation in this part of the Lower Greensand sequence, complete with beds of sandstone and chert.

As always, common sense when collecting at all locations should be used. Keep well away from the working site. If entering the quarry with permission, always wear a hard hat and steel toe cap boots with a high visibility vest.