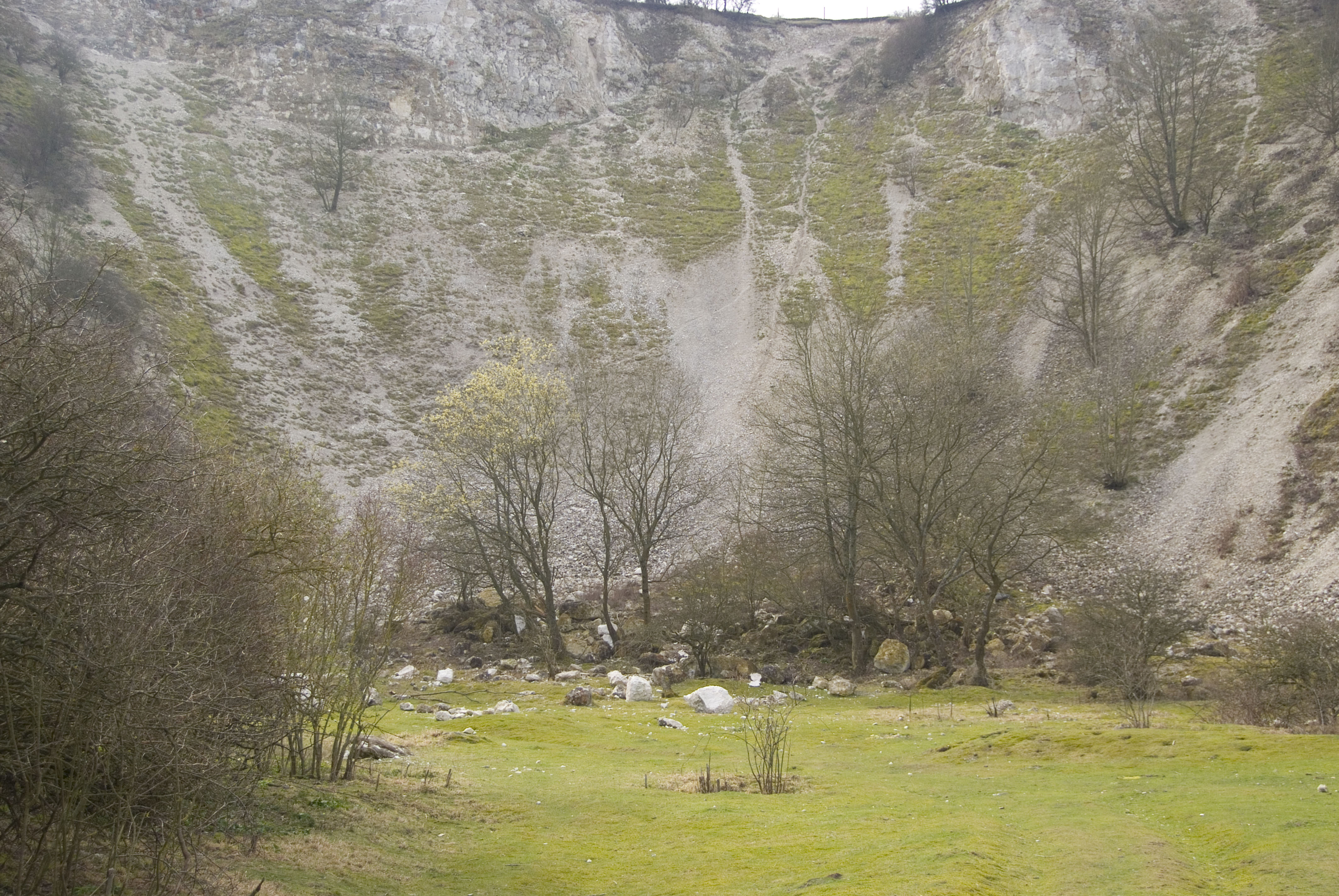 Malling Down is a nature reserve to the west of Lewes, which contains an old, disused quarry. The actual quarry (also known as ‘Bridgwick Pit’) is within the reserve, but is not part of the reserve itself. A public footpath takes you right through to the middle of the quarry.

♦ From the A27, take the A26 from the main Lewes roundabout.
♦ Follow this through the tunnel and, at the next roundabout, take the A26 to the right.
♦ After a couple of bends, take the B2192 to the right and carry on just past Malling Down Nature Reserve, which is also marked on maps as ‘Malling Hill’.
♦ Just less than 1km down the road, there is a small parking area on the right hand side with a footpath. Park here and follow the footpath up the hill. You will soon see the quarry in the distance.
♦ Ref: 50.88521°N, 0.03585°E – TQ 424 113

FIND FREQUENCY: ♦♦♦ – Although overgrown, the chalk here is rich in fossils and plenty of loose rocks can be found on the floor of the quarry. Brachiopods and bivalves (inoceramids) are the most common, but, if you are lucky, you can find the occasional echinoid (Micraster) and ammonite.
CHILDREN: ♦♦♦♦ – Providing they keep away from the cliff faces, this site is safe and ideal for children. A few rocks can be found lying around in the middle of the quarry, which can safely be looked through or broken apart.
ACCESS: ♦♦♦♦ – Parking can be found to the north of the nature reserve, with an easy footpath taking you into the quarry, the floor of which is grassed over.
TYPE: – This is a very old, disused quarry, which is now within the boundaries of a nature reserve. The quarry floor is grassed over and the faces covered up. However, chalk from the top of the cliffs does still fall, providing plenty to look through. To get to the quarry, you have to walk through the reserve along a public footpath. Therefore, please respect the site. Do not step on any plants and keep to the paths.

Although overgrown, this old quarry (also known as ‘Bridgwick Pit’) provides a publically accessible Lewes Chalk exposure. Fossils common here are brachiopods and bivalves (inoceramids), with the occasional echinoid (Micraster) and ammonite being found. It is a great spot for Micraster leskei. The chalk is soft and the fossils tend to be fragile. Large boulders can be found around the edges of the quarry and on the quarry floor. Fossils are mostly found by splitting open the rocks, rather than by searching through them. This is because the exposed chalk quickly becomes weathered, making the fossils hard to see and somewhat degraded.

Bridgwick Pit at Malling Down Nature reserve, is one of several former quarries at Lewes, in the core of the Caburn Syncline and whose combined sections expose a continuous composite succession in the White Chalk Subgroup through virtually all of the Turonian Stage and most of the Coniacian Stage.

Bridgewick Pit to the east of New Pit, is an outstanding section in the lower Lewes Nodular Chalk extending up to just above the Lewes Marl. Horizons of nodular chalks in the Glynde, Caburn, Ringmer and Kingston beds preserve moulds of originally aragonitic-shelled molluscs, including ammonites, i.e. elements of the so-called reussianumm fauna that typically characterizes the Kingston Nodular Beds and the Chalk Rock. Bridgewick is also the type locality of the Bridgewick Marls and Bridgewick Flints.

As always, common sense when collecting should be used. There is no real danger here, as this old quarry is quite overgrown with a grassed over floor. However, do be aware of the cliff face at the back of the quarry, from which rocks still fall from time to time.