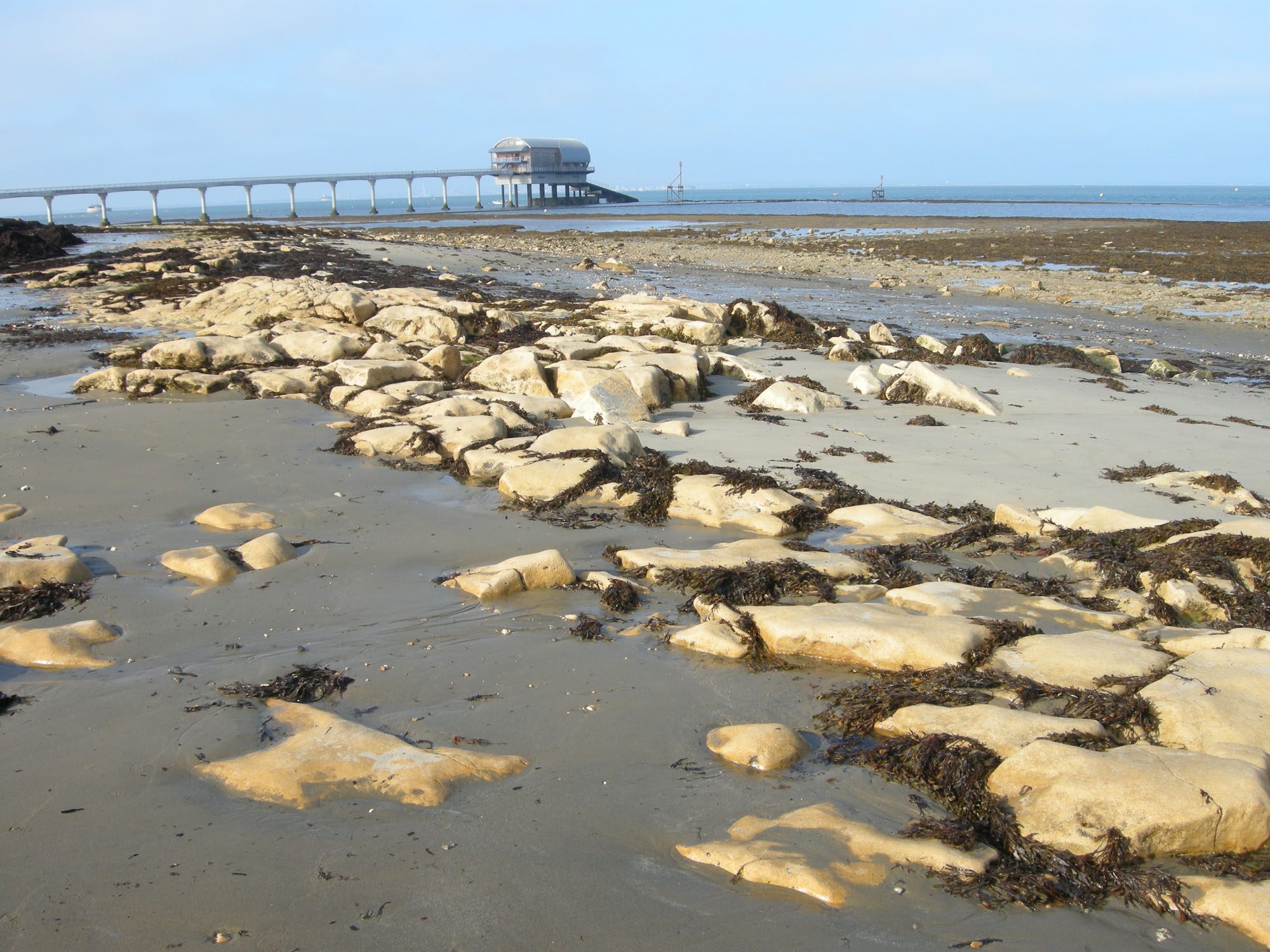 The foreland at Bembridge consists of a Quaternary cliff (which is a raised beach), with Bembridge Limestone and Marls exposed on the foreshore as a wave cut platform and as rocks. This limestone is rich in gastropods, brachiopods and other fossils.

♦ The Bembridge foreland is at the southeast side of the Island. From Sandown, head to Bembridge and you will find a car park by the foreland.
♦  A second car park can also be found at the Lifeboat station, although neither is suitable for coaches.
♦  From the foreland car park, you can easily access the shore. Once there, you can search the limestone immediately and work your way south.
♦  Ref: 50.74740°N, 1.34582°W

FIND FREQUENCY: ♦♦♦ – Most of the fossils found here are found in the Bembridge Limestone and Marls, which are exposed on the foreshore. Although better exposures can be found at other locations, the foreshore platforms here can make collecting easier. Derived fossils from Quaternary deposits of the raised beach can also be found.
CHILDREN: ♦♦♦ – Older children can visit this location, provided they take care on the foreshore. However, the rocks can sometimes be slippery.
ACCESS: ♦♦♦♦ – The location is easy to find and has a car park. It is not far from the car park, but the foreshore can sometimes be slippery during certain times of the year.
TYPE: – The Bembridge Limestone is exposed on the foreshore, with the Marls exposed at low tide. It is between them, where most fossils are found. The cliff consists of sands, gravels, muds, clays and brickearth from the raised beach. This is Ipswichian and Devensian in age.

You can also find derived fossils within the Quaternary beds or even the occasional fossil from the Bouldnor Formation. However, most of the fossils will be found on the foreshore within the Bembridge Limestone, such as gastropods and bivalves etc. 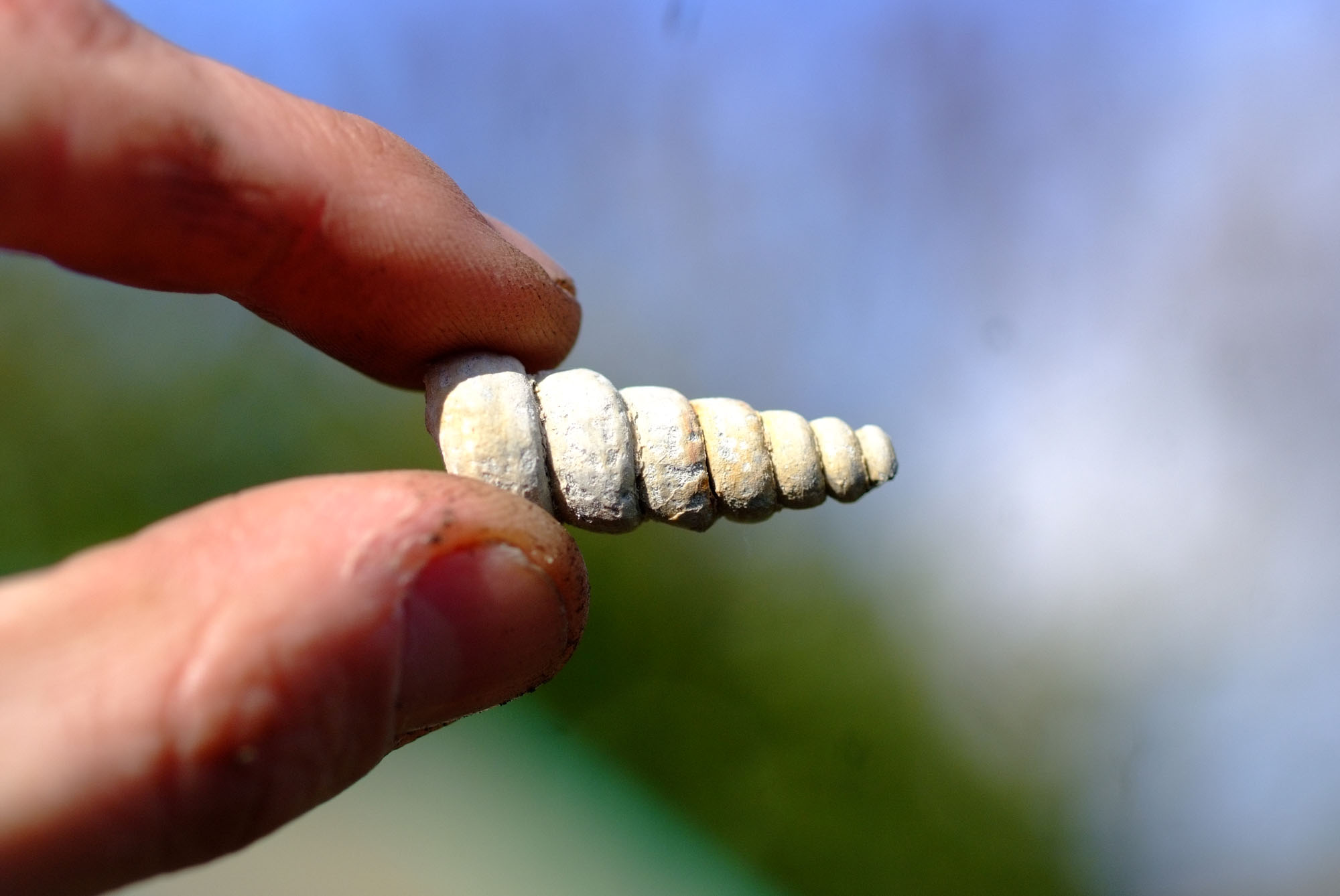 At the very top of the cliff is brickearth. This is followed by the Bembridge raised beach, which is Ipswichian and Devensian in age. The raised beach consists of sands, muds, clays and gravels. At the base of this is the Bouldnor Formation, which is similar to Hamstead Bay and Yarmouth, and exposed as a foreshore platform with the Bembridge Limestone and below this. Exposed at low tide are the Bembridge Marls. 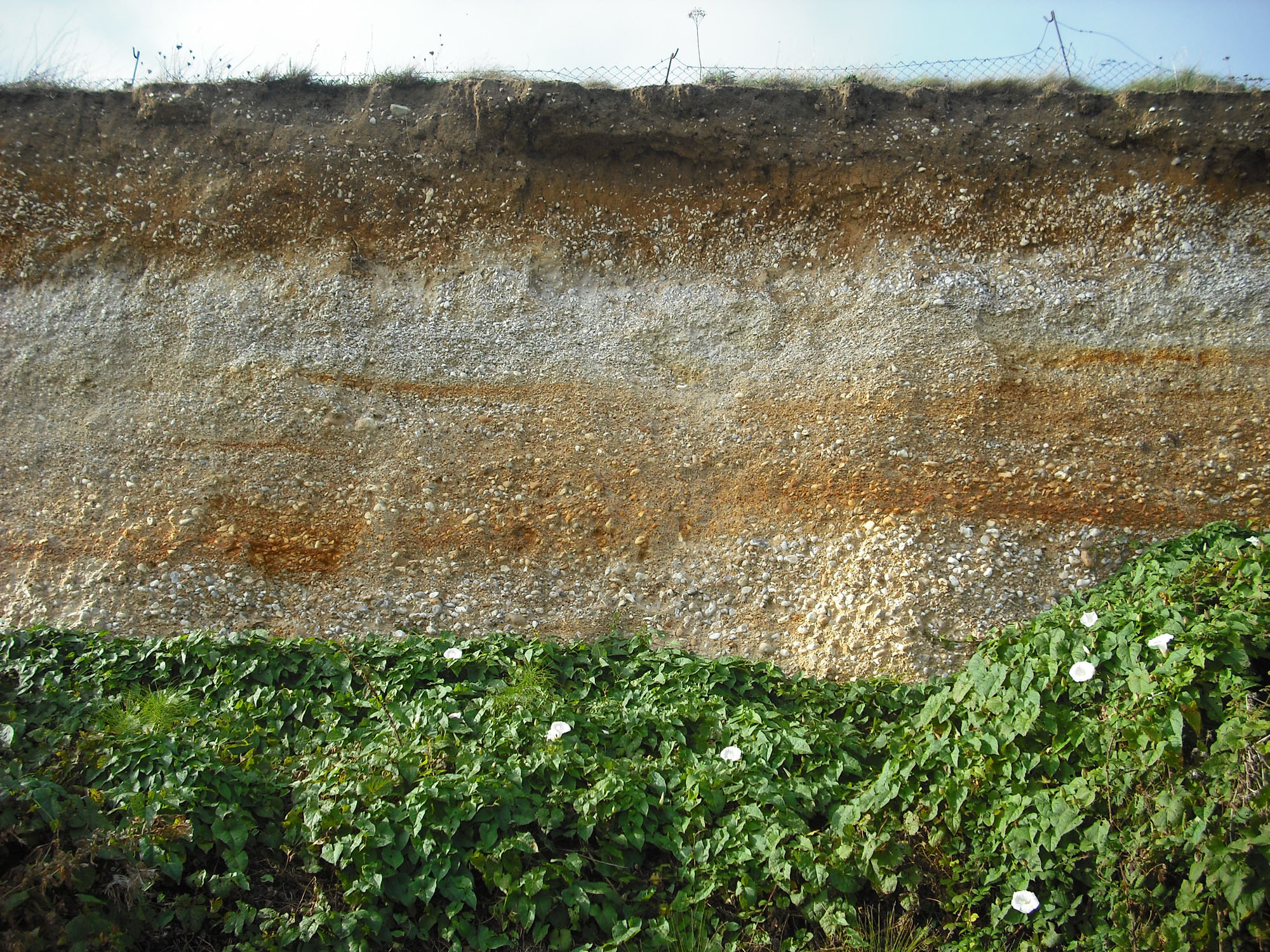 The foreshore can sometimes be slippery during certain times of the year. Generally, it is a fairly safe location and the sea rarely reaches the base of the cliff.

A small hammer and chisel are ideal for the foreshore and a small trowel for the Quaternary beds. The fossils can be very fragile, so it is best to take some specimen boxes and cotton wool or tissue paper to wrap them in.