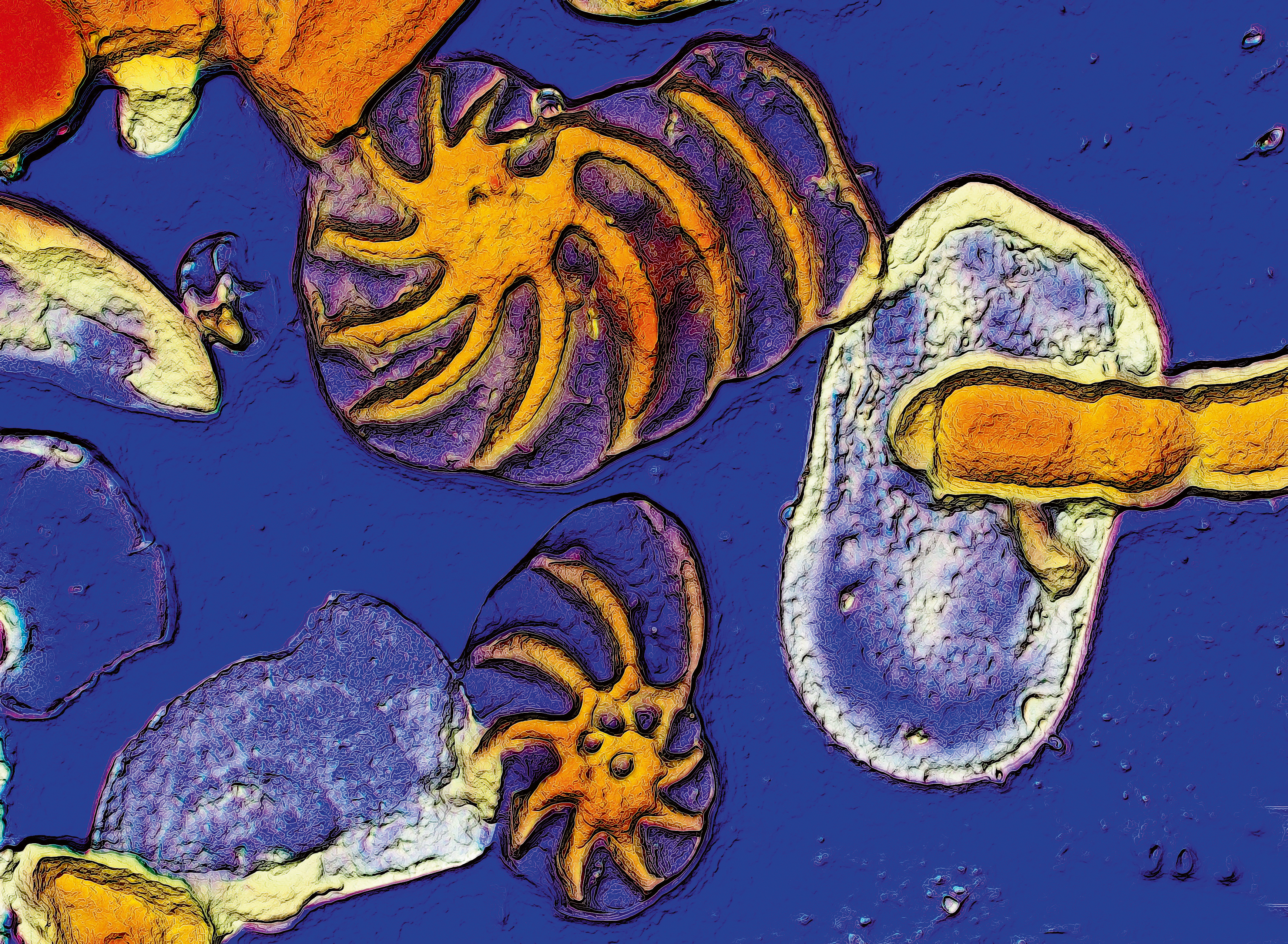 Foraminifera (forams) are single celled organisms belonging to the Protista kingdom. Their fossils have been found in rocks from the Cambrian period onwards, and they are still living and abundant today. Forams generally inhabit marine and brackish environments and, although some do live freely in the upper ocean among the plankton, the majority of species are benthic (that is, they live in among the particles of the top few centimetres of the sea floor).

These organisms are very simple and consist of cytoplasm surrounded by a shell or ‘test’. The cytoplasm is also developed into hair-like structures, which radiate out from the aperture of the shell and often from gaps within it. The shell can be made up of minute crystals of calcium carbonate or can be composed of tiny particles of sediment or organic matter ‘glued’ together. A few species have shells composed of silica.

Due to these hard shells, foraminifera are readily fossilised. Their profusion and their small size (generally below 1mm) can lead to thousands of individuals accumulating in a single cubic centimetre of sediment.

Foraminifera come in many different shapes from simple single chamber species to elaborate and beautiful forms, with their chambers arranged in various different patterns and combinations.

Nummulites – a very large variety of foram. The largest example in this picture has been polished to reveal the chambers of the test. From the Eocene.

Spiriform foraminifera, from the Gault Clay.