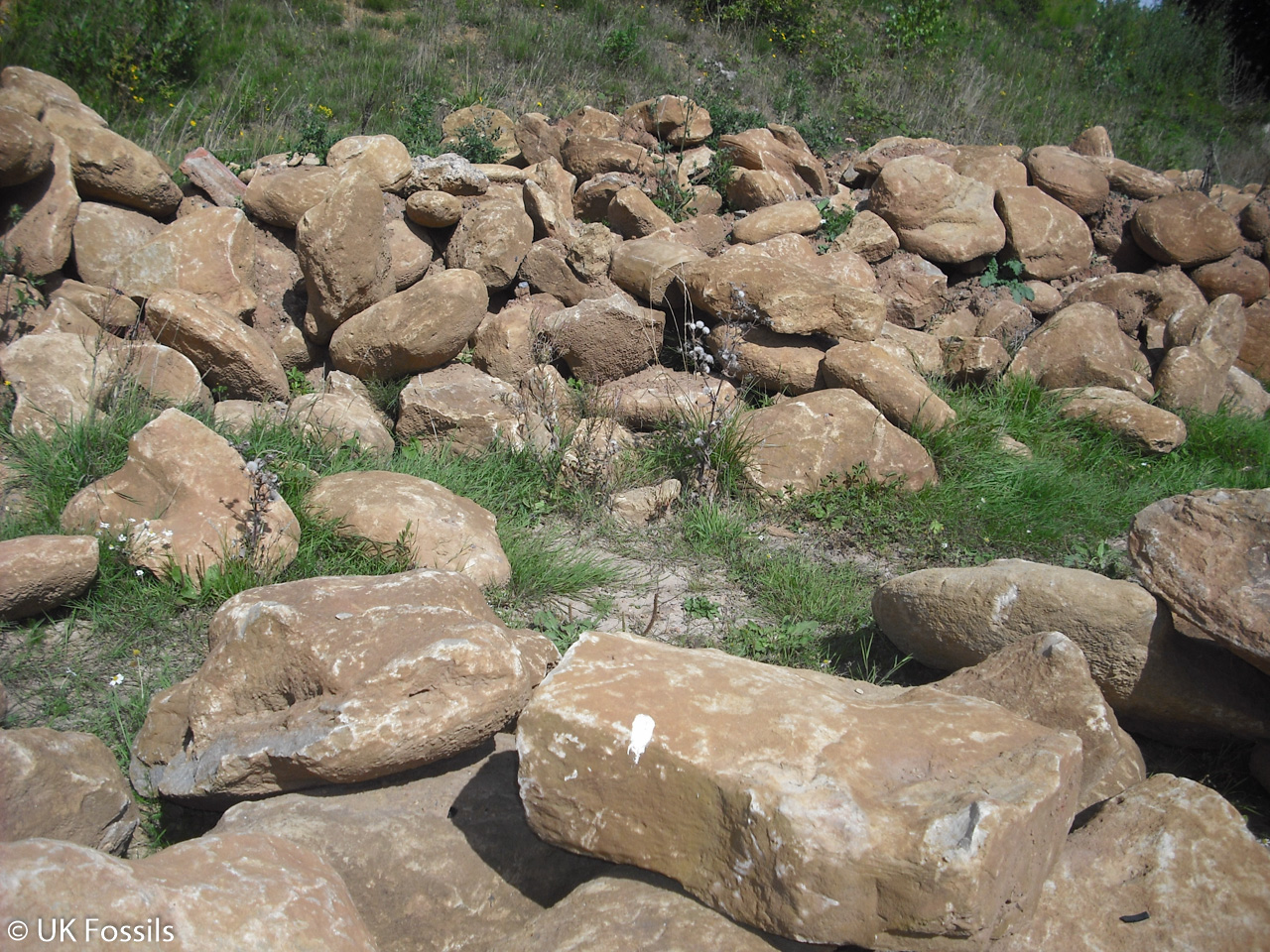 This disused sandpit (known as the Sahara Sandpit) is now being used for landfill, but a special area has been designated as a RIGS, because of its geological importance. Entrance to the site can be obtained by prior arrangement from the occupants of the house next to the sandpit, who will open the gates for you. They are usually very accommodating to visitors.

FIND FREQUENCY: ♦♦♦ – Fossils are not that common here, due to over collecting. Nevertheless, some wonderfully well-preserved ammonites, bivalves, belemnites and sea urchins can still be collected.
CHILDREN: ♦ – This location is not suitable for children, because it is currently being used as a landfill and lorries regularly appear at the site. Permission will not be given for children to visit, due to health and safety concerns.
ACCESS: ♦♦♦ – Once you have permission, there is easy access through the gates of the Sahara Sandpit. Parking can be found in the sandpit, but the gates are closed when vehicles are not using it. You may need to either ask for the gates to be reopened or wait for the next vehicle.
TYPE: – This is a disused sandpit, which is now being used as a landfill site. A specific area of the sandpit has been kept as a RIGS, with public access by permission.

Once you have obtained permission to enter the site, the designated RIGS area is situated in front of the gate. Park inside, off the main roadway, and out of the way of lorries.
As this is a RIGS, there is no hammering of the bedrock, so collecting must only be from loose material. However, this is also the best way to find fossils. There is plenty of scree to look through, where fossils can be found fairly easily, although they tend to be weathered and broken. Better specimens can be collected from the loose boulders at the bottom of the scree slopes. These rocks can be hammered and should yield the occasional fossil. 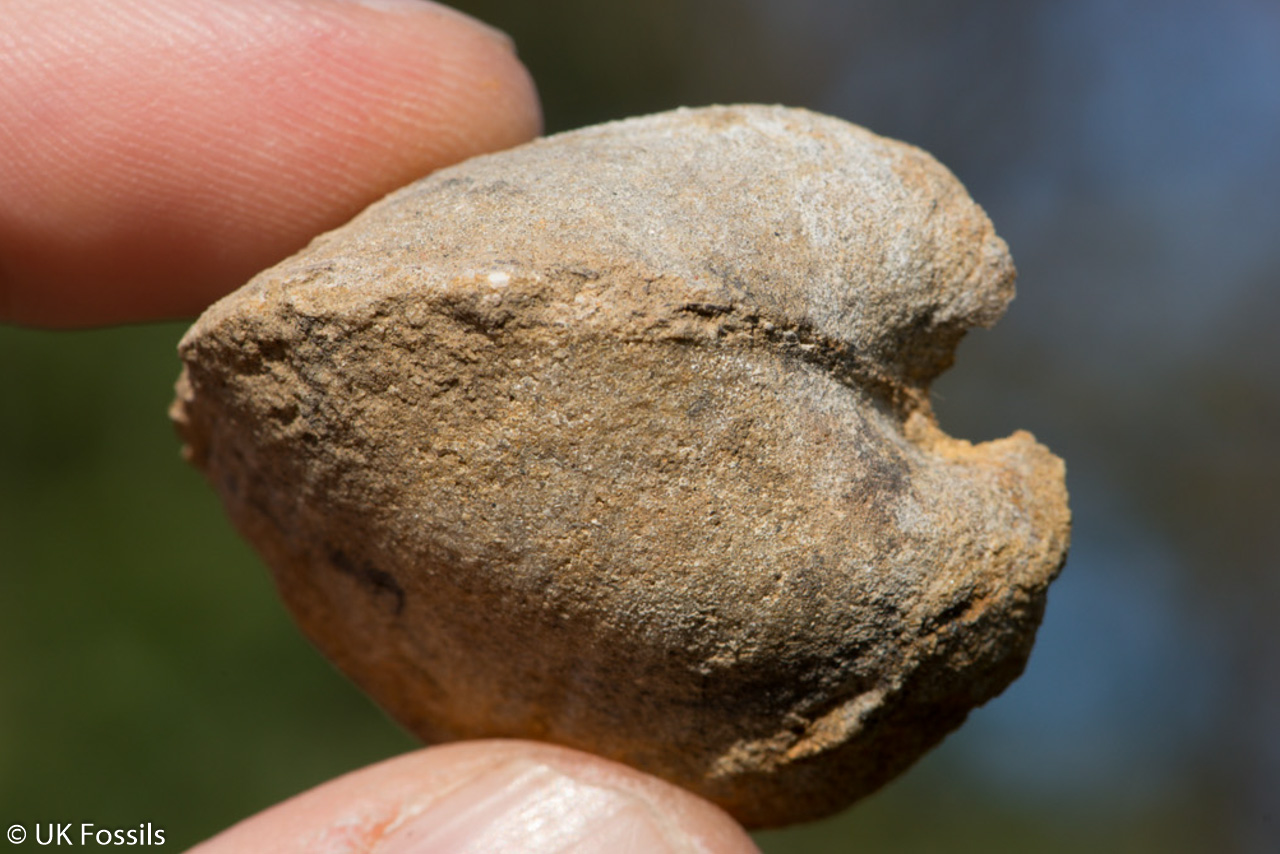 The rocks here are Oxfordian in age, (about 160myrs old) from the Corallian Group ofthe Jurassic, This sandstone forms part of the Hazelbury Bryan Formation, which are made up of hard calcareous sandstones and sandy mudstones. The beds are generally very shelly and bioclastic. 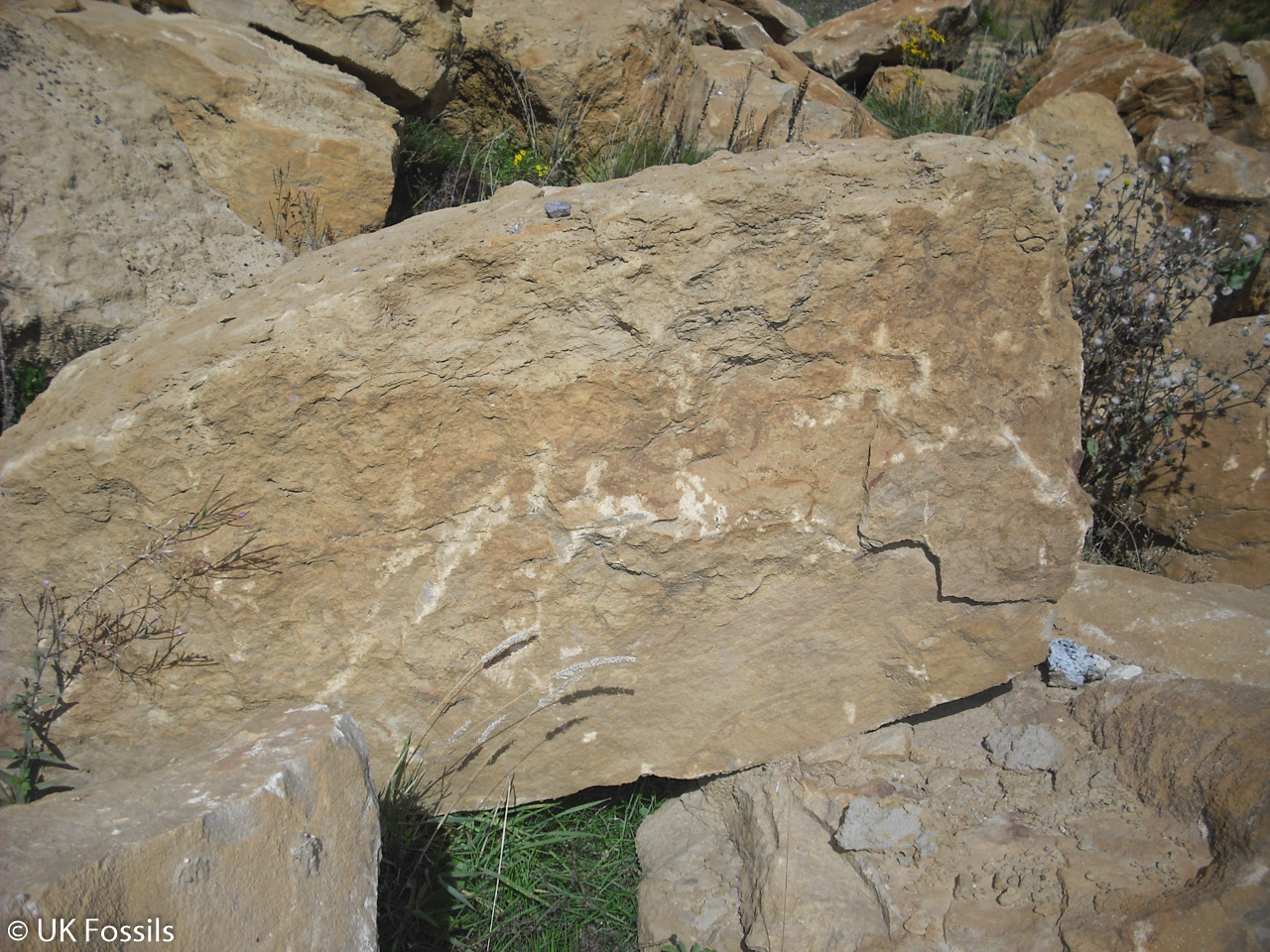 Common sense should always be used when visiting any site. The biggest safety issue at this location is the large number of large lorries that use the site for landfill. Keep away from these vehicles at all times. Some areas of the sandpit are also very wet and waterlogged. Some pools can be deep and should be avoided.

Some fossils are weathered out, but most will need a hammer and chisel to be extracted. Be aware that this site is a RIGS, so hammering the bedrock and using power tools are not allowed. However, hammering loose, fallen blocks and collecting from the scree is allowed.

There is no hammering of the bedrock, so collecting must only be from loose material.
Entrance to the site can be obtained by prior arrangement from the occupants of the house next to the sandpit, who will open the gates for you. They are usually very accommodating to visitors.