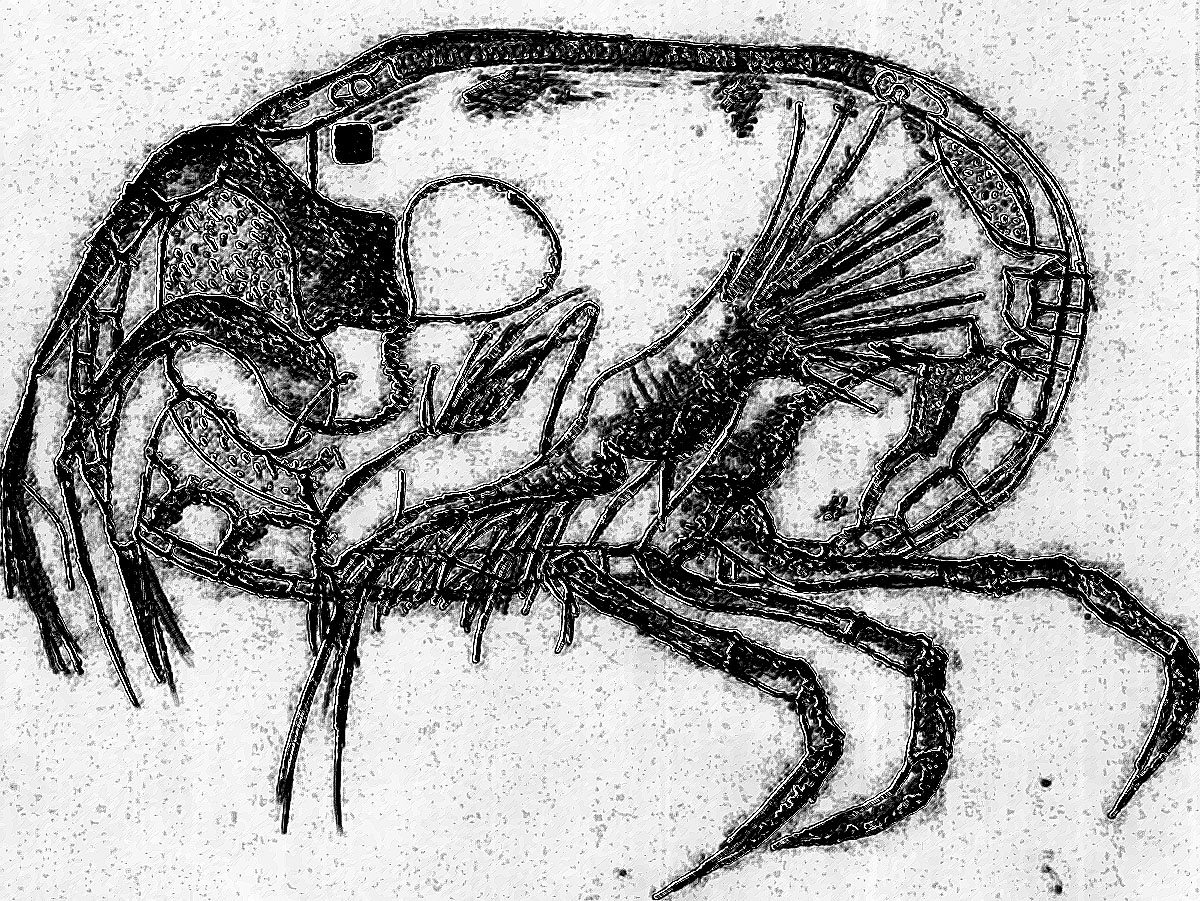 Ostracods are small, shelled crustaceans that are still living today. Their fossil record stretches back into the Cambrian period. These little animals range in size from below a millimetre to a few centimetres, but most are between 0.1mm and 2mm. They consist of a shrimp-like organism, encased in a bean shaped, bivalved shell.

Like other crustaceans, the hard exoskeleton surrounding the soft body of the creature must be shed periodically for it to grow. Because of this, many ostracod shells or ‘valves’ found as fossils are from moults, rather than because the animal has died. The animal within the shell does not fossilise.

Ostracods live in various aquatic environments, including fresh and brackish water. In the oceans, they inhabit both the sea floor and the planktonic zones. However, they are most commonly found on the sea floor zone and are therefore generally benthic in nature.

Ostracod valves have varying degrees of surface ornamentation, depending on the species to which they belong. A few different species from the Gault Clay are shown below with an illustration of the body of an ostracod within its shell.

A diagram showing the ostracod animal within its shell. Drawing by Charlotte Miller.