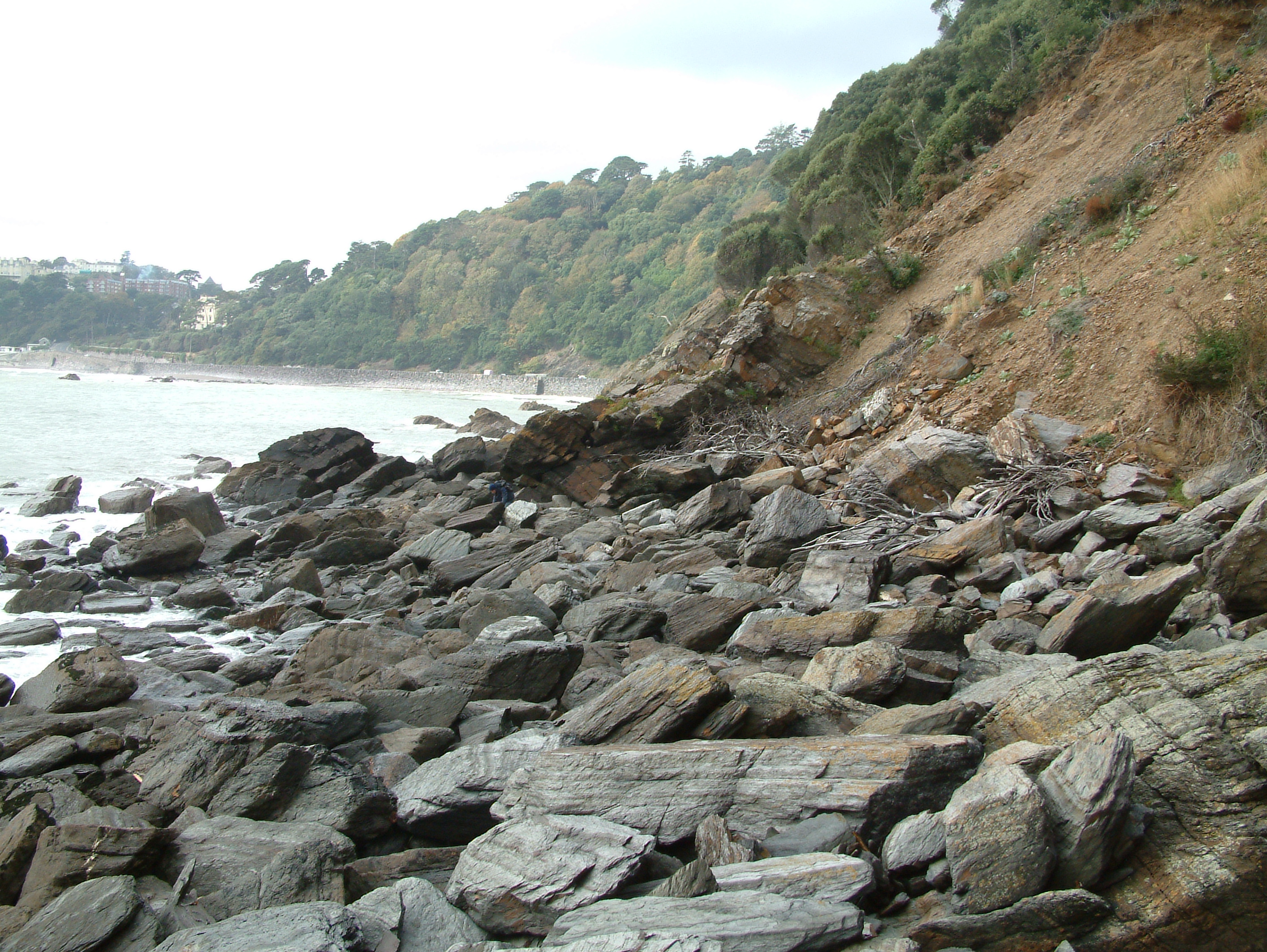 Hopes Nose is a headland two miles east of Torquay, which forms a finger-like rocky tip at the northern end of Torbay. All around this area are fossils, together with remnants of extinct corals which were formed when the Devonian seas were relatively shallow. The best place to see these is on the foreshore at Hope’s Nose when the tide is low. It’s in this area where you’ll also find Devonshire cup corals (Caryophyllia smithii) and brachiopods. Hope’s Nose is an SSSI location, so collecting from, or hammering the bedrock, is not permitted. However, it remains one of the most famous locations for Devonian corals, trilobites and bivalves in the UK. In fact, the Natural History Museum in London has many specimens on display from this site. Devonian, Cliffs and Foreshore, Rating: ♦♦♦