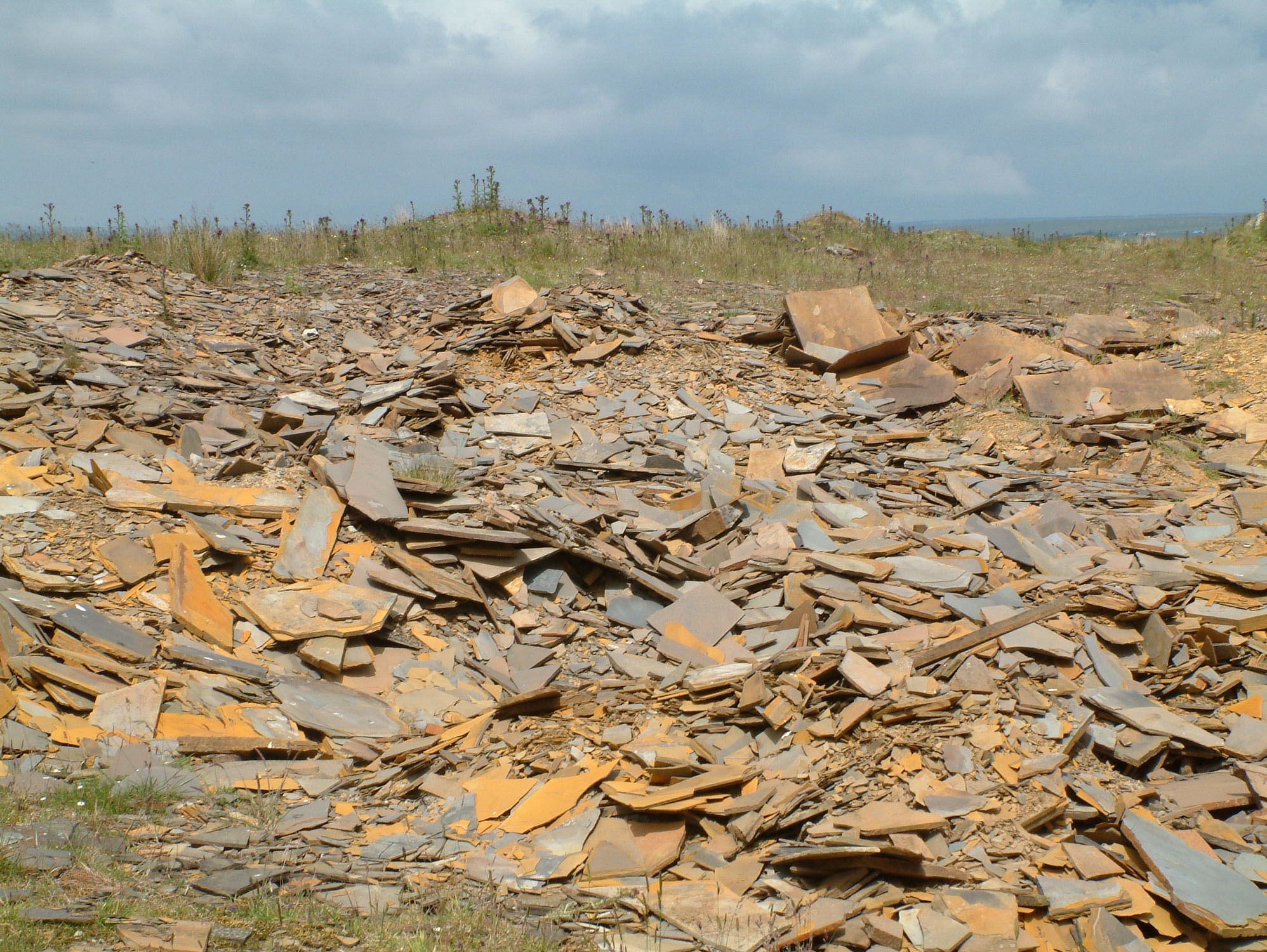 Achanarras Quarry once constantly yielded complete Middle Devonian fish from the Old Red Sandstone. However, it has been disused for many years and is now over-collected, but still very rich in remains. Complete fish can still be found, but are now rare.

♦ Head into the town of Spittal and the quarry is clearly signposted. You cannot miss it on the left.
♦ Follow the narrow lane all the way down and you will see another signpost pointing to ‘Achanarras Quarry’ with a heritage symbol on it. Take this turning and follow the unmade track. You will then reach a small car park, at the end of which is a signpost about the site.
♦ From the car park, visitors can then walk just under 2km up a farm track to reach the quarry itself. Along the route, you will walk along a special timeline with every 3m representing one million years.
♦ Ref: 58.47058°N, 3.45965°W

FIND FREQUENCY: ♦♦♦♦ – The Devonian Rocks here are highly fossiliferous and rich in fish remains. However, sadly this site has also been over-collected. In addition, only certain zones contain fish. You now have to work hard to find slabs that have not been disturbed, that is, ones that are covered up and hidden from the hammers.
CHILDREN: ♦♦♦ – Achanarras is not suitable for families with young children. The heaps of loose slate at this quarry make it a dangerous place for them and, therefore, we highly recommend that young children should not be taken here.
ACCESS: ♦♦♦ – The quarry is situated in the village of Spittal. This is a small village, but luckily along a main road to Thurso. The track/road taking you to the quarry is signposted with a heritage symbol.
TYPE: – Owned by Scottish Natural Heritage, the Achanarras Quarry SSSI is an abandoned flagstone quarry on top of Achanarras Hill, near Halkirk in Caithness. It was worked for roofing slates and has been a focus for the collecting and study of fossil fish material since the 19th century.

Patience is required at this quarry. It is not as productive as it used to be, due to years of over-collecting. Having said that, recent major discoveries have been made. The difficulty is that there are only two thin zones in many meters of the Achanarras Beds that contain fish. Therefore, the difficulty is trying to find the correct colour and there are many different coloured slate slabs. Finding fossils is mainly based on correctly identifying the correct type of slabs to split.

You need to look at the side of the slabs for very fine laminated yellow and blue alternating bands. These are very close together and it is no more than 2mm between layers. Some bluish slabs contain a thick quartz layer between the sides of the slabs rather than layers. These contain fish fragments, but no whole fish. The slabs are easy to split, but it is best to experiment by splitting a number of different ones and then using any successes as a guide for the correct colour. Often, if you split a slab to find a fish, other fish will also be in the same slab. In addition, the fish splits on two sides, so you get at least two specimens in one go. There are several different species, some of which are shown on a board at the site.

There have been several important finds at this site, including the arthropod Achanarraspis, the primitive jawless fish Cornovichthys and, perhaps most significantly, a single specimen of the new fish, Actinolepis. This is the first time this genus has been found in Scotland and suggests there were links with Estonia in the Baltic region at the time, since that is the location of previously known finds. Actinolepis, a representative of a group of fossil fish known as placoderms, was an armoured prehistoric fish. Its head and upper body was covered by articulated armoured plates and the rest of the body was scaled or naked, depending on the species. Placoderms were also among the first jawed fishes to evolve.

The Caithness Flagstones of the Achanarras Quarry from the Mid-Devonian period are from the Upper Caithness Flagstone Group. However, it is difficult to determine the exact zones, because the quarry started to be infilled with spoil towards the end of its working life.

The fish beds are found in the Achanarras Fish Bed Member (formerly the Achanarras Limestone Member) and probably marks the Eifelian–Givetian boundary and consist of laminae (that is, very thin strata), which originated as non-glacial varves (annual layers of sediment or sedimentary rock). These were laid down in a lake (Lake Orcadia) during the Middle Devonian.

The fish bed at Achanarras is about 1.95 m thick, and can be examined in the north-eastcorner of the quarry. The fish beds can be found between two beds of thinly-interlaminated siltstone and shale, with mound structures, whereas, the lower fish beds are between thicker laminae of shale and coarse siltstone, and shale with shrinkage cracks. The fossil fishes tend to lie together on certain bedding planes, often with limited signs of disturbance representing catastrophes that killed off schools of fish.

The main danger is the deep water that has accumulated on the quarry floor. Keep clear from this area and DO NOT HAMMER CLIFF FACES. Split the material around the quarry floor, where there is plenty to look through. The spoil heap can also be very slippery, so do not climb on the steep slopes, as you can easily fall.

Some of the limestones are quite easy to split, but often the fish are in heavier, thicker beds, which may be harder to take apart. Therefore, it is best to take the right splitting tools (chisels, hammers and safety goggles), and ensure they are sharp.