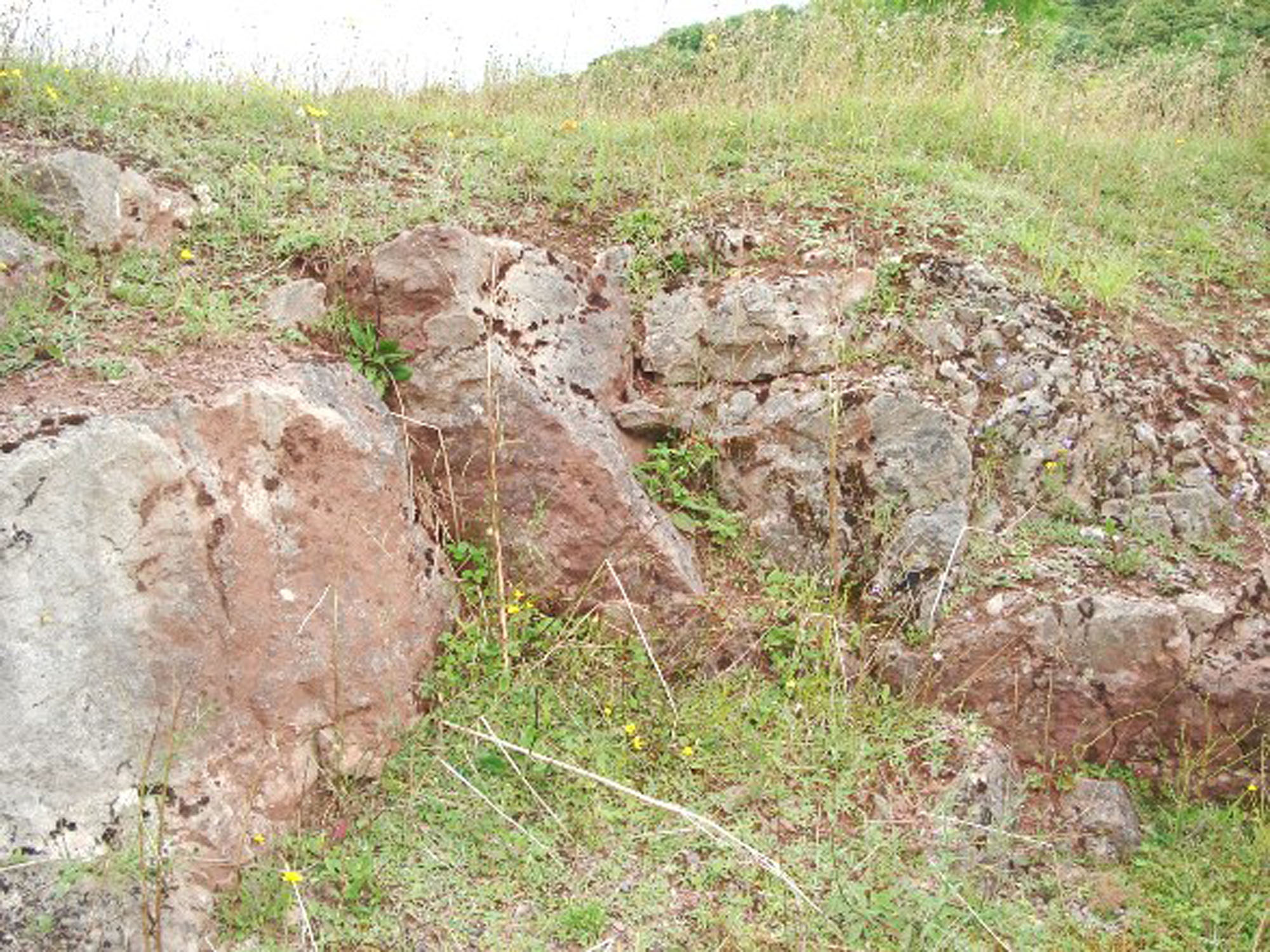 Unworked since the early twentieth century, Clints Quarry is now quite overgrown. Some areas of scree can still be found, but fossils are becoming less common. This is a site of special scientific interest (SSSI).

♦ Clints Quarry is located just off the A5086, a short distance north of Egremont.
♦ Cars can be parked in a layby just next to the path that leads into the quarry. Before entering the quarry, you should carry on across the bridge next to the layby and follow the path upwards on your left. This will take you to a viewing point above the quarry, which has an information board telling you about the wildlife and geology of the location.
♦ From here, return to the road and follow the path signposted for the quarry. You will walk up and down some steps, through some woodland and then enter the quarry.
♦ There is a rough track around the outskirts of the quarry. Follow this and stop off when you see areas of scree. The best area is in the far left hand corner.
♦ Ref: 54.49735°N, 3.53262°W

FIND FREQUENCY: ♦♦ – Once an accumulation of scree is located, coral fossils should be fairly easy to find. Collecting of fossils is not permitted, but you can photograph them.
CHILDREN: ♦♦♦♦ – It is a short walk to access the quarry. Supervision is required with younger children due to the uneven terrain and deep water in places.
ACCESS: ♦♦♦♦ – The path to the quarry is fairly short and visitors should always stay close to the footpath to protect the important plants and animals. However, remember that this site is an SSSI.
TYPE: – Fossiliferous rocks are found in piles of scree that have accumulated in various areas of the quarry.

The most commonly encountered and abundant fossils are corals, with Lithostrotion junceum. These are mostly found in transverse section and are seen as numerous small circles on the faces of broken rocks.

Crinoidal limestone is also found along with brachiopods and the occasional fossil cephalopod, probably Gomphocras sp. Note that fossils cannot be collected from this site. Although many of the old rock piles are now overgrown, some scree can still be found. In places it is hard to reach due to obstacles such as brambles, logs, nettles and so on, but, in others, fairly large accumulations can be found close to the path.

The quarry walls are mostly inaccessible and should not be damaged. Be careful not to over-collect at this location due to its SSSI status. Fossils are not permitted to be collected, but can be photographed.

The geology is Dinantian (Lower Carboniferous) Limestone, and is 344 to 354myrs old.

The cliffs of the quarry and the small outcrops to the west are of geological importance as they provide some of the best available sections of Dinantian (Carboniferous limestone) strata to the north-western edge of the Cumbrian Shelf, a position of interest in studies of Lower Carboniferous palaeo-geography.

The site’s unusual sequence of upper Asbian-Brigantian sediments, from the Visean Stage, largely lack the Yoredale clastic facies typically developed at this level over much of northern England.

The sequence contains a number of features such as algal structures and palaeokarstic ‘potholes’ consistent with shallow marine or emergent marginal environments.
This is an outstanding site for studies of Dinantian sediments, fossils, stratigraphy and palaeogeography.

There is a deep pool near to the entrance into the quarry and some areas are muddy, so good walking boots or wellies are recommended. Your mobile phone may not receive a signal at this location.

Take extreme care when splitting shale, because the beds run at 60 degrees and taking a sample from the lower beds can cause the upper sequence to collapse.

This site is an SSSI. This means you can visit the site, but hammering the bedrock is not permitted. For full information about the reasons for the status of the site and restrictions please download the PDF from Natural England – SSSI Information – Clints Quarry