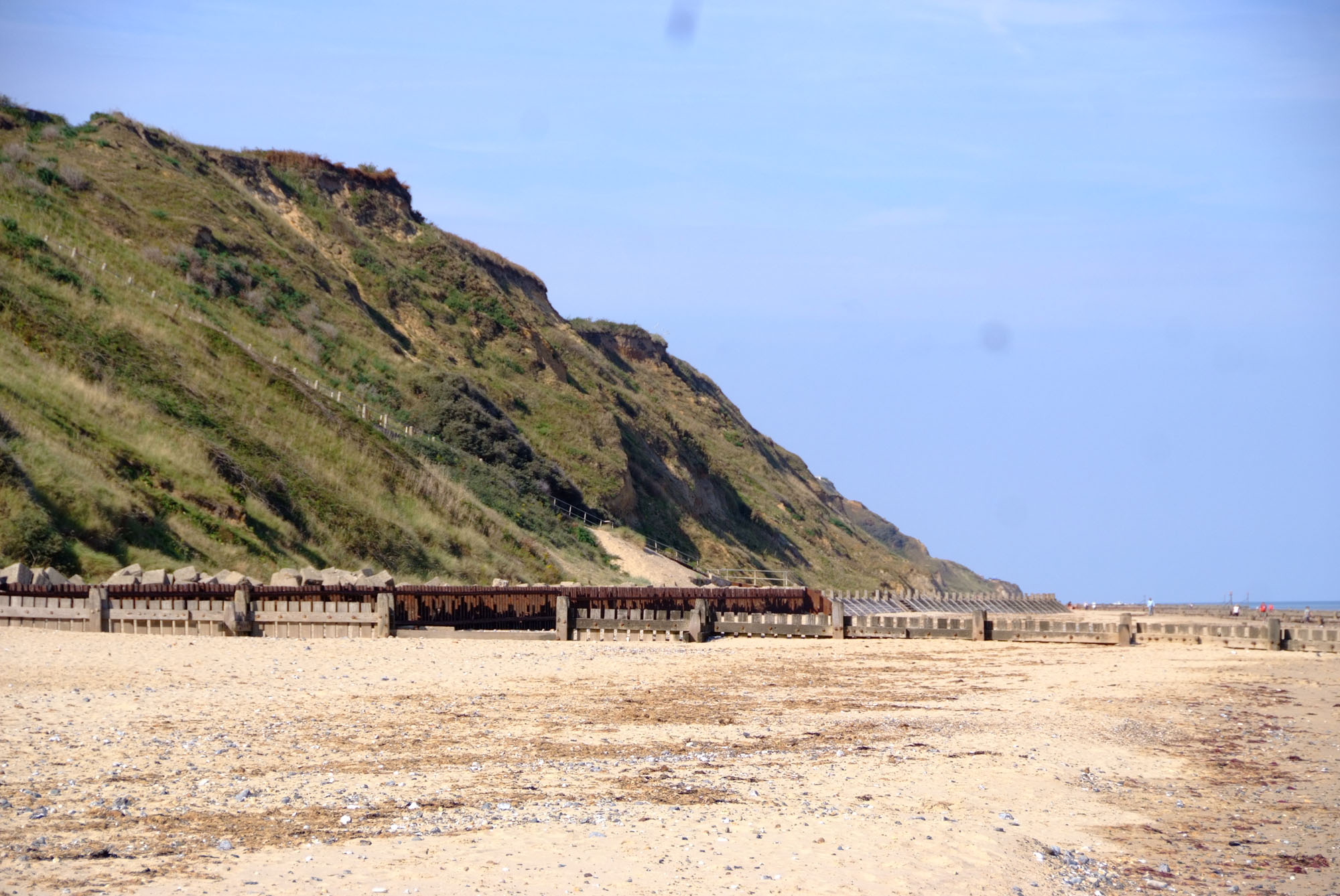 Mundesley was once an important site for Cromer Forest Bed material, with a number of large vertebrate specimens being found from foreshore deposits. Today, the sea defence prevents this bed from being washed out, although the occasional bone can turn up. However, erratic fossils, mostly of flint echinoids and sponges, can be found.

♦ Follow the North Norfolk coastal road (B1159) to Mundesley. You will come to the main village with a few shops on the left, and a car park on the right. Park here.
♦  On the opposite side of the road, a zig-zag path takes you directly onto the beach.
♦  Follow the promenade to the left, then exit and continue for a short while until you see plenty of large flints and other rocks along the foreshore. These rocks can be found either side of the sea defence.
♦ Ref: TG 30956 37154

FIND FREQUENCY: ♦♦ – Fossils found here are mostly erratics, for example, flint echinoids and sponges. These can be seen all over the foreshore, but the sea defence prevents any continuous erosion, making them far less common than places such as Sidestrand. Many years ago, before the sea defence, large mammal remains could be found from the Cromer Forest Bed. They can occasionally be found today, but are now very rare.
CHILDREN: ♦♦♦♦ – There is easy access, toilets, shops, a large sandy beach and a promenade, which make this location excellent for children. Mundesley is a family friendly location, with an excellent beach for children. It is an ideal location to visit for the family and fossils can indeed be found.
ACCESS: ♦♦♦♦ – The main village of Mundesley contains plenty of shops, a car park and toilets, and the zig-zag path down to the beach is quick and easy. This makes the location excellent for all the family.
TYPE: – Fossils are found as foreshore erratics, such as echinoids or sponges in flint. These come from the glacial cliffs, although they are rarely washed out. Very rarely, Ice Age mammal remains are found from the foreshore Cromer Forest Bed.

Fossils are not common and are mostly only flint fossils, such as echinoids or sponges, or found in erratic rocks. The cliffs here are rarely washed out.

Most of the relevant rocks are found on the foreshore at low tide and can easily be picked up. You will need to visit during a low tide and it is better during the winter months, when less sand accumulates on the beach.

During the twentieth century, this was a popular location for mammal remains, such as mammoth, deer, rhinoceros and so on. These were found like at West Runton, from the Cromer Forest Bed, which once stretched all the way from Cromer to Pakefield in Suffolk. Most of the locations in between are now, like Mundesley, protected by sea defences. Occasional bones from this bed are still found today from this location, but are rare. 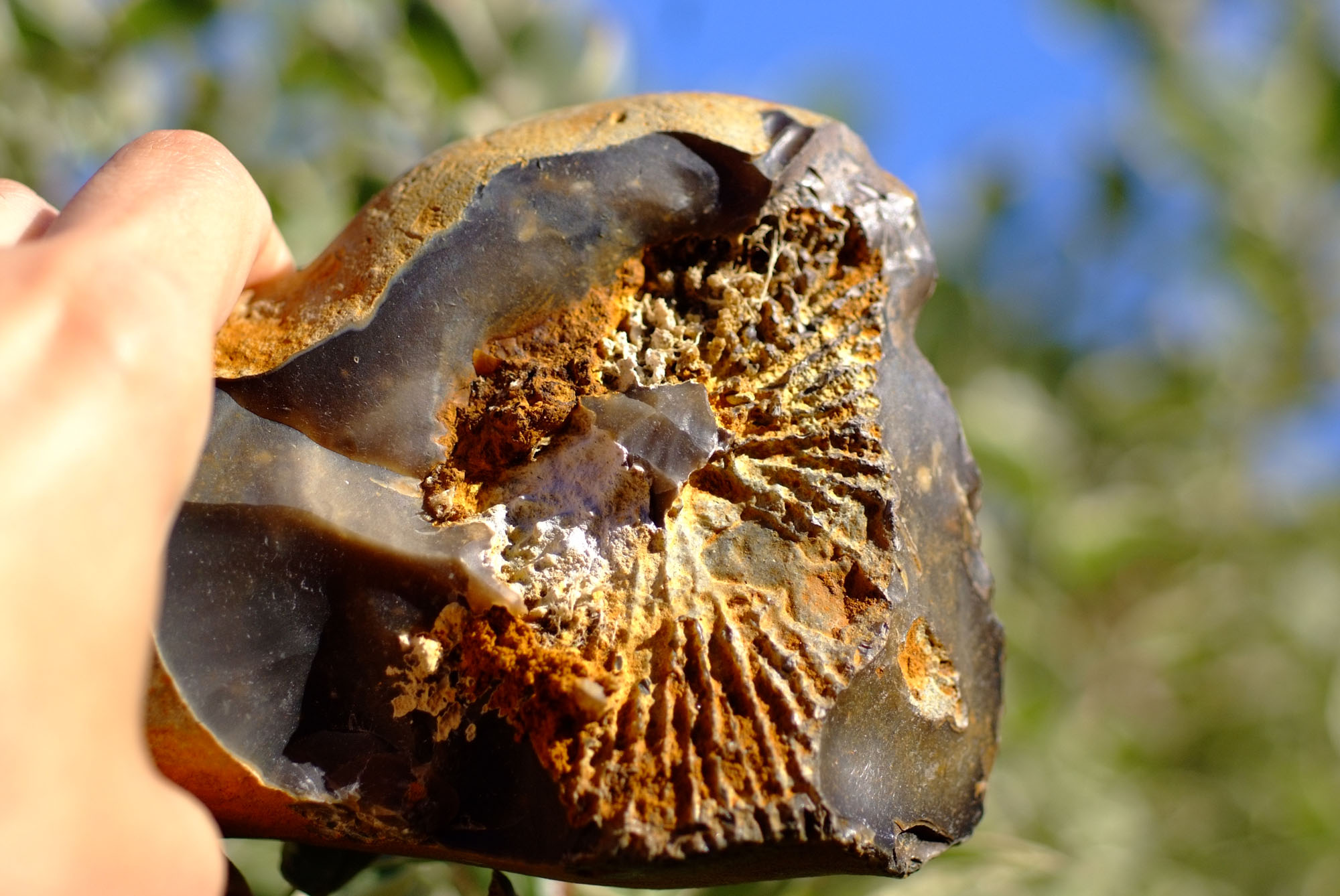 The main feature at Mundesley is the cliff, which is covered with sands and gravels and thought to have been deposited by water gushing from the front of the last Anglian ice sheet which grounded along the line of the Cromer Ridge.

The tall cliffs are a mixture of glacial sands, clays and tills, containing various erratics. These can contain fossils. Flints washed from underlying chalk deposits are washed out mostly from offshore and may also contain fossils. During the twentieth century, before the sea defence was built, foreshore deposits of the Cromer Forest-bed were exposed at the base of the cliff. Today, this bed is covered by the slipped glacial beds, which are rarely washed out.

Old collections contain large vertebrate specimens from the Lower Middle Pleistocene of Mundesley but since the coast protection works were built the exposure of the Cromer Forest-bed has been very limited. 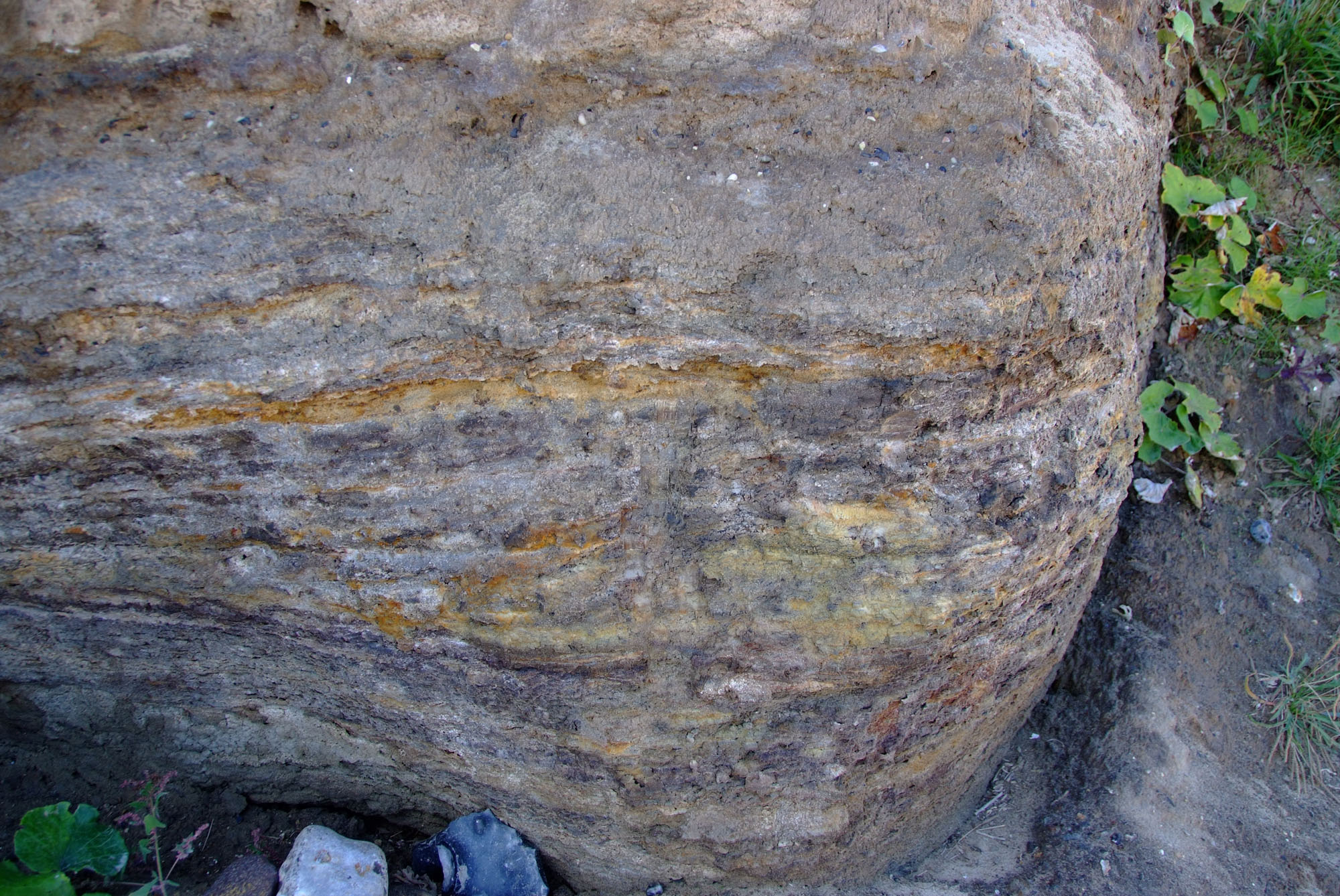 Common sense when collecting at all locations should be used and knowledge of tide times is essential.

All you need is a good eye, as any fossils can easily be picked up off the beach.