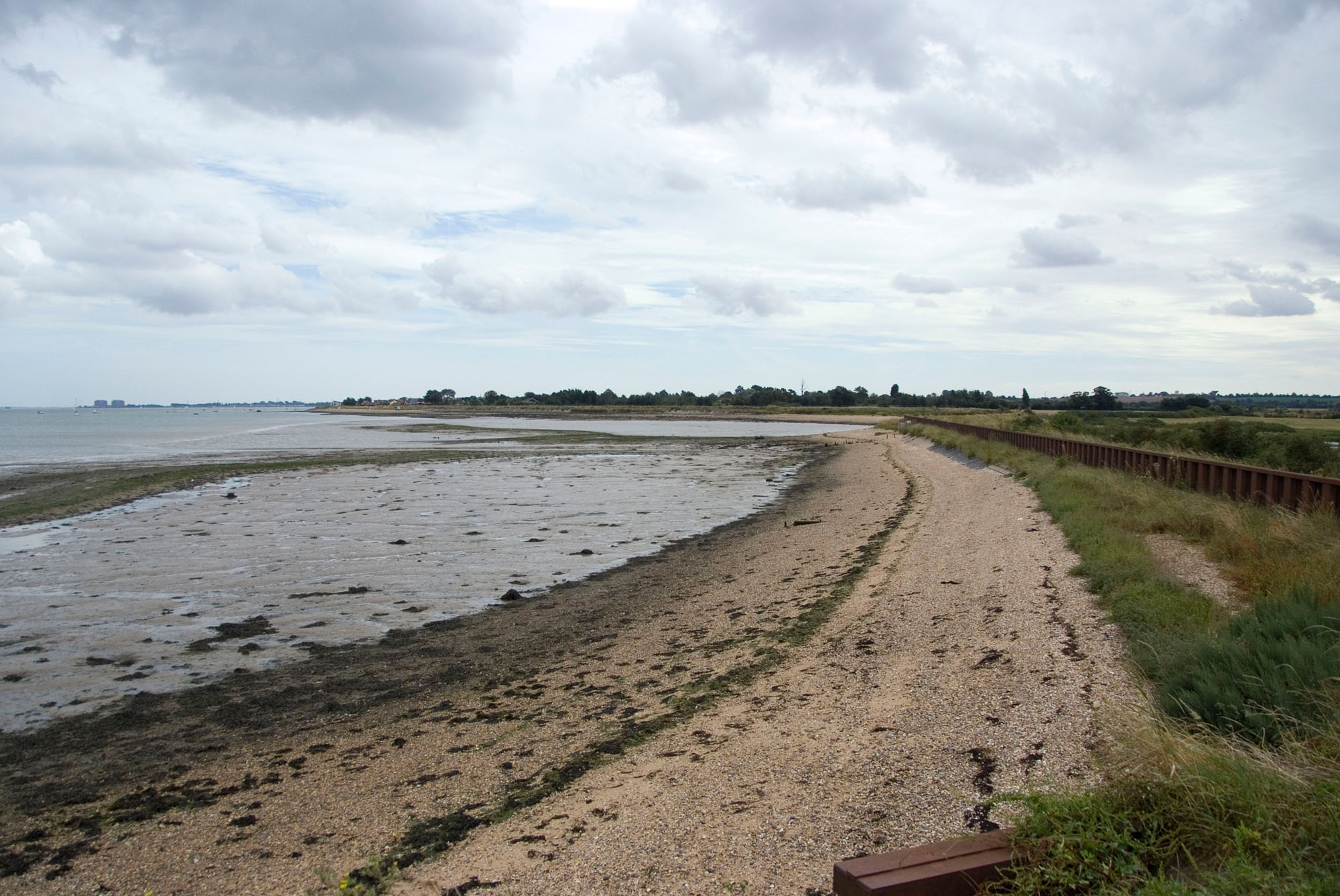 Stansgate is situated along the south side of the River Blackwater and is east of the classic London Clay sites of Maylandsea and Steeple. Like these two other sites, phosphate nodules containing lobsters and crabs can be found, with sharks’ teeth and fish remains found loose in the shingle.

♦ Stansgate is located west of Ramsey Island, and east of both Maylandsea and Steeple. It is best accessed from the Ramsey Island. From Maldon, follow the B1018 southwards to Latchingdon and then take the minor road to Mayland. Continue, passing Steeple. You will then come to a road signposted to St Lawrence/ Ramsey Island.
♦ On most maps, a public car park is shown near to the public house. However, this has recently closed. Signposts now divert cars to a second car park to the west of Ramsey Island, but this is restricted to yacht club members only. Therefore, it is best to drive past the yacht club and park in a lay-by on the left, where there is enough space for two cars. Beyond this, the roads are private with no parking permitted.
♦ Walk west from the lay-by and then walk down the first road on the right. At the end of the road, turn left, then first right again. You will then see the river with steps climbing the embankment to the public footpath. Walk west (to the right), all the way along the embankment passing the marsh defence wall, and until the path reaches its most northerly point. From here, you will see access to a small beach with London Clay on the foreshore. This beach section continues until Stansgate Abbey Farm, where many boats are moored. This is often visible from the footpath.
♦ Ref: 51.71852°N, 0.79929°E

FIND FREQUENCY: ♦♦♦– Stansgate is not as productive as Maylandsea and Steeple. The London Clay is not always exposed and fossils are much less common. Success in finding fossil here is generally reliant on scouring conditions.
CHILDREN: ♦♦♦ – This location is a little too far for most young children to walk and the foreshore can have deep mud making it dangerous. Therefore, it is only suitable for older children.
ACCESS: ♦♦ – This is not the easiest site to find and is approximately 1km from the parking area. However, despite the long walk, it is a pleasant walk that takes you along the river embankment and past marshes and farmland, with some nice scenic views.
TYPE: – Fossils are found on the foreshore, mostly from the upper parts. The London Clay exposures here tend to be rather silted up and so collecting from them is difficult most of the time.

Sharks’ teeth, fish bones and teeth, and vertebrae can all be found, but the most common finds are lobster pieces in small, light yellow nodules. The carapaces, claws and other body parts can be seen sticking out of these nodules. However, unlike Maylandsea, these nodules are far less common.

To collect fossils, search the upper part of the foreshore, where more shingle has accumulated. The shingle is not as extensive here as the other nearby sites, being mostly covered by larger pebbles. Nevertheless, fossils can still be found if you look carefully.

This site exposes London Clay (Eocene ~50 mya) from the middle of Division B. It is very similar to Maylandsea and Steeple, with similar fossils being found. There are no cliffs and the London Clay is not always exposed

This location is generally safe, although deep mud is present nearer to the water’s edge at low tides. Therefore, only collect from the upper parts of the foreshore to avoid getting stuck.

You don’t really need any tools here to collect, as most fossils can be picked up loose from the foreshore. However, knee pads may come in useful.