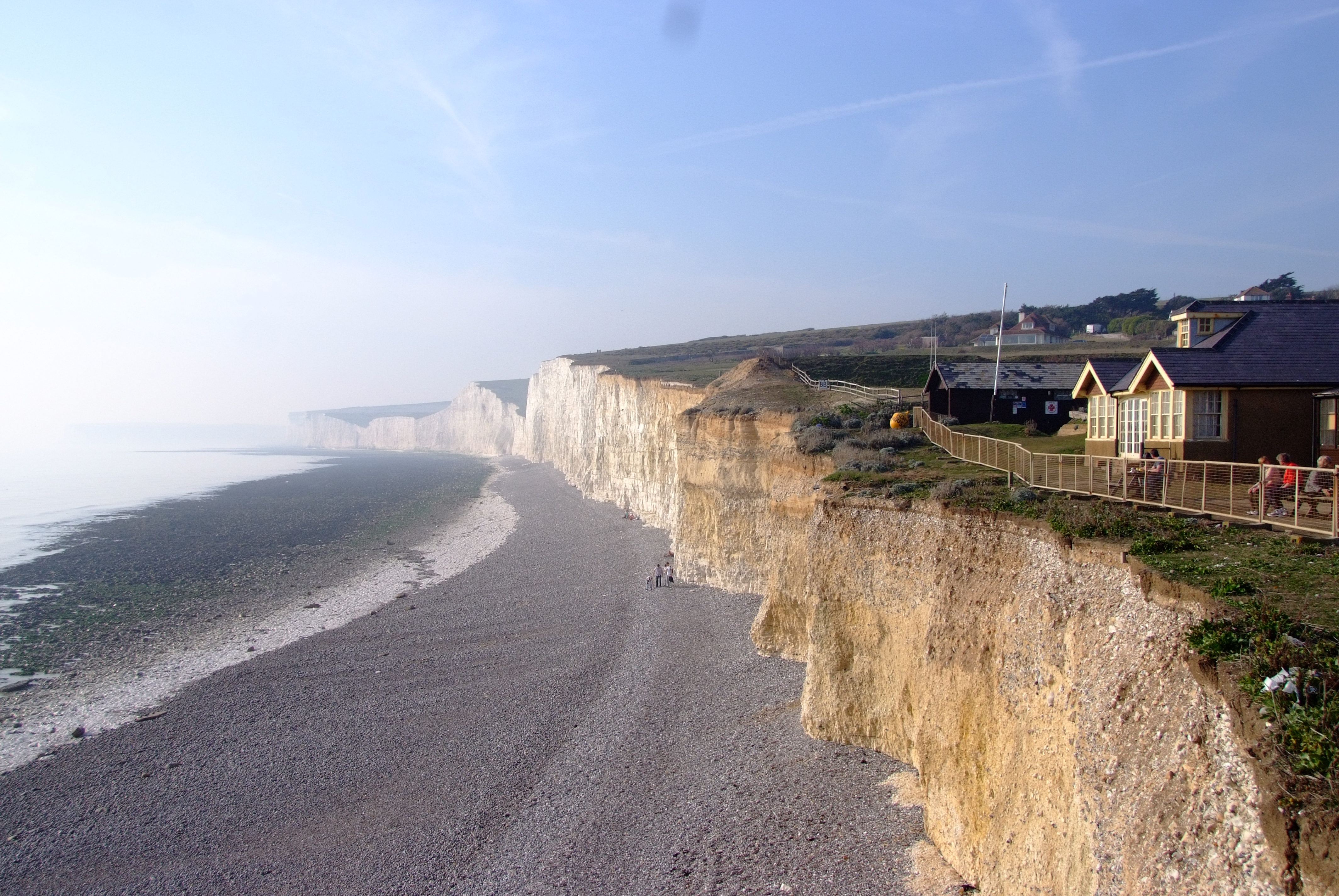 Birling Gap is situated between the Seven Sisters and Beachy Head. Indeed, both of these locations can also be visited from Birling Gap on a retreating tide. However, due to dangerous tides along this part of the coastline, these three locations have been split into separate guides, with separate access points. This guide concentrates on the area around the access point of Birling Gap.

♦ From the A259, take the B2103 to the west of Eastbourne.
♦ This road is also the main seafront road through the town.
♦ Take the road called Beachy Head Road to Beachy Head and Birling Gap. Follow it until you reach Birling Gap. Here, there is a large car park (chargeable) with toilets.
♦ There are steps down to the beach, which provide easy access to the location.
♦ The site also has a pub, cafe and parking for coaches. In addition, buses frequently run to the site. From here, you can walk either east or west, visiting the chalk at the very eastern end of the Seven Sisters or west of Beachy Head. However, by far the best area is to the west, because the chalk from Beachy Head lighthouse to Birling Gap is not as fossiliferous as other nearby localities.
♦ Ref: TV 55351 95959 – 50.74245°N, 0.20045°E

FIND FREQUENCY: ♦♦♦ – Fossils from Birling Gap are not as common as they are at the western end of the Seven Sisters (near Seaford and Cuckmere Haven) and east of Beachy Head towards Eastbourne. Nevertheless, fossils are still commonly found and, with favourable conditions, some superb echinoids can be collected.
CHILDREN: ♦♦♦♦♦ – Birling Gap has easy access and is safer than other nearby localities. There are toilets at the car park and the beach does not have large boulders or an algae covered foreshore. This is certainly the most easy accessible chalk location in Sussex and the best for children to visit.
ACCESS: ♦♦♦♦♦ – Unlike the Seven Sisters and Beachy Head, access from Birling Gap is excellent. The metal steps down to the beach are constructed to give easy access and there are not that many. In addition, the beach has fewer rocks, with no large boulders, and it is not as badly covered in seaweed and/or algae as similar locations. Therefore, it is an ideal location for all the family to visit. In addition, you can also visit the famous localities of Beachy Head and Seven Sisters from here if you are careful about tide times.
TYPE: – Fossils are mostly found on the foreshore, in the wave-cut platform or in fallen rocks. The only problem is that there are fewer rocks on the foreshore than at other localities. However, this is also the reason why this location is safer than others.

Echinoids, sponges, molluscs and fish remains can all be found. The geology here consists of the Lewes and Seaford Chalk, which are Cretaceous in age (85myrs old). At the steps, the Seven Sisters Flint Band can be seen as a wave-cut platform. This can also be seen in the cliffs both to the east and west of the steps. However, the shingle on the beach can make collecting difficult, but a short walk either to the east or west of the steps will provide better exposures of foreshore chalk and rocks to look through.

Sponges are fairly common here – from the Cuckmere Sponge Bed – which is just above the Seven Sisters Flint Band. Some wonderful specimens of the sponge Aptychus can be seen and, from the same horizon, opalised plant remains have sometimes been found. Echinoids are also common here (especially micrasters), which are mostly found in the rocks of the foreshore. 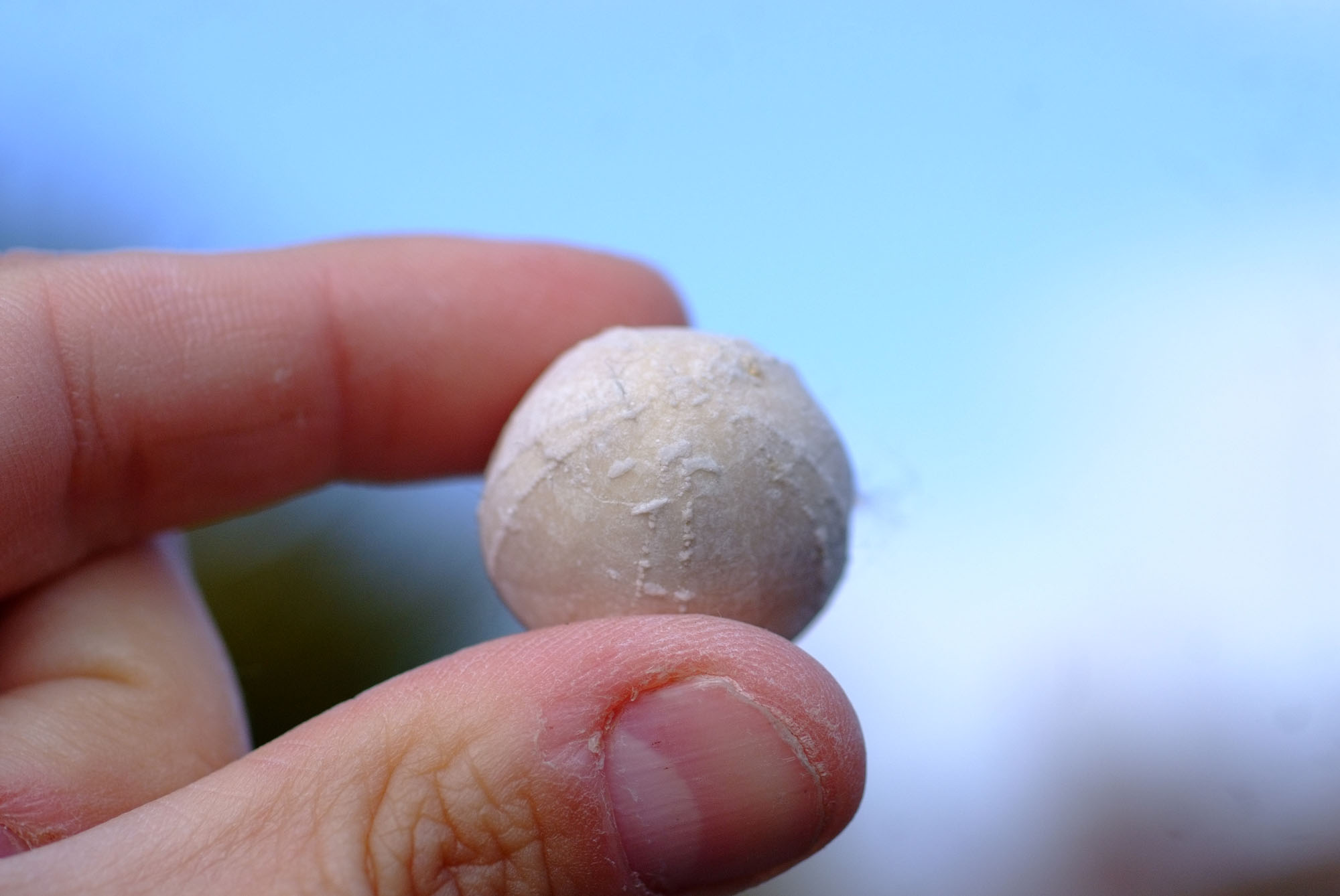 The geology here is similar to that displayed at Seven Sisters and consists, in the main, of the Seaford Chalk Formation, with the Lewes Nodular Chalk Formation below, deposited during the Coniacian stage of the Late Cretaceous epoch between 89-86 Mya.

At Birling Gap steps, the Seven Sisters Flint Band is visible as a wave-cut platform. This can also be observed in the cliffs both to the east and west of the steps, at the beach access point.

Common sense when collecting at all locations should always be used and you should check tide times before going. Indeed, this site should only be visited on a falling tide, as the sea comes in quickly. Do not hammer into the cliff face as this can cause rocks to fall.

Most of the fossils can be found on the foreshore without the need to break up rocks. However, a hammer and chisel are recommended to extract them.