The word ‘fossil’ used to be defined as ‘something dug up’. However, today, it generally means ‘the remains or trace evidence of prehistoric life’. The study of fossils is called palaeontology; and someone who collects and studies them is called a palaeontologist. Fossils can be as tiny as a grain of pollen or a seed, or as huge as a limb bone from a giant dinosaur.

For animal or plant remains to have become fossilised, they must go through a certain process that preserves them for up to millions of years after they died. Usually, it is only the hard parts of plants and animals that survive this long process.

Hard seeds and woody structures are more commonly found than flowers and leaves. The flowers and leaves themselves are not preserved, but the carbon impression of them can leave most of the detail showing their delicate structure.

Teeth, bones and shells are much more commonly found than the rarer skin, flesh, fur, hair and feathers. Usually, only one or two bones and/or teeth are found at a time and you can count yourself extremely lucky if you come across or unearth a whole skeleton.

There has been the odd rare occasion when an entire mammoth has been discovered in places such as Alaska or Siberia, frozen solid for millions of years. These ‘frozen fossils’ have preserved not only the bones and teeth but the entire animal

Just like today, when you can pick up sea shells along a beach, during prehistoric times, the shells of sea animals also collected along the banks of rivers, beaches and the coastline. When the sea retreated, the shells became covered in mud, silt and sands, and can be found today from rock of many geological periods.

Amber is fossil tree resin (tree sap). Sometimes, fossil insects can be found trapped in the amber, after they became stuck and covered by the sticky resin. Amber is highly sought after and is usually made into jewellery. There are a number of locations along the UK coast where it can be found. Southwold is one of the most popular locations in East Anglia. Amber can be orange, yellow, green or red. 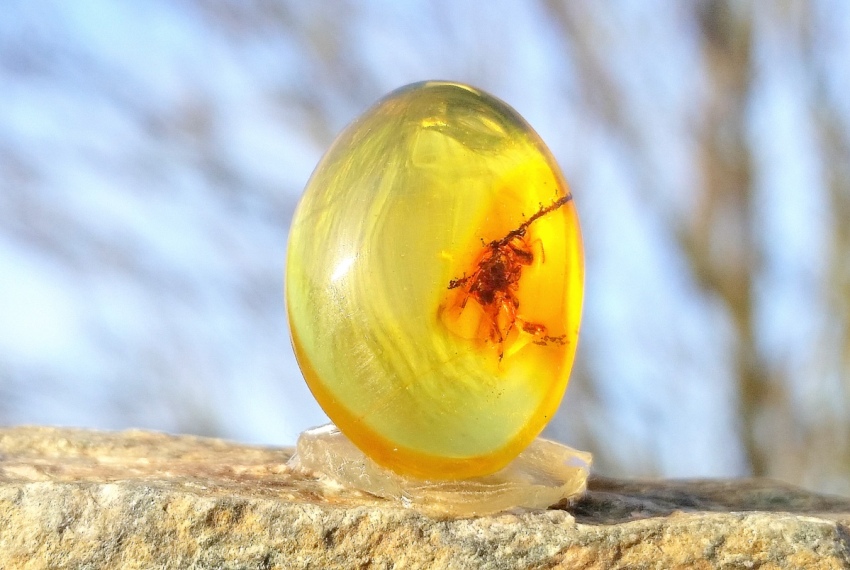 More commonly known as ‘fossil fuels’, the burning of fossil fuel is said to be speeding up climate change by increasing levels of carbon dioxide (CO2) in the atmosphere, causing heat to become trapped creating a ‘greenhouse effect’.

Coal is actually dead fossil plants and animals carbonised and compressed over time, which is why it is so highly flammable. Oil is also the remains of animals, but was formed in marine environments. Gas was formed from rotting vegetation.

Often, fossils are not the original plant or animal, but the mould or cast of it. During fossilisation, the original material sometimes dissolves away leaving a cavity, which, over time, fills with other dissolved substances. This type of fossil is known as a mould.

Casts are another type of fossil. They are hollowed impressions of the original fossil or mould. Types of casts that can be found include footprints and animal trails. 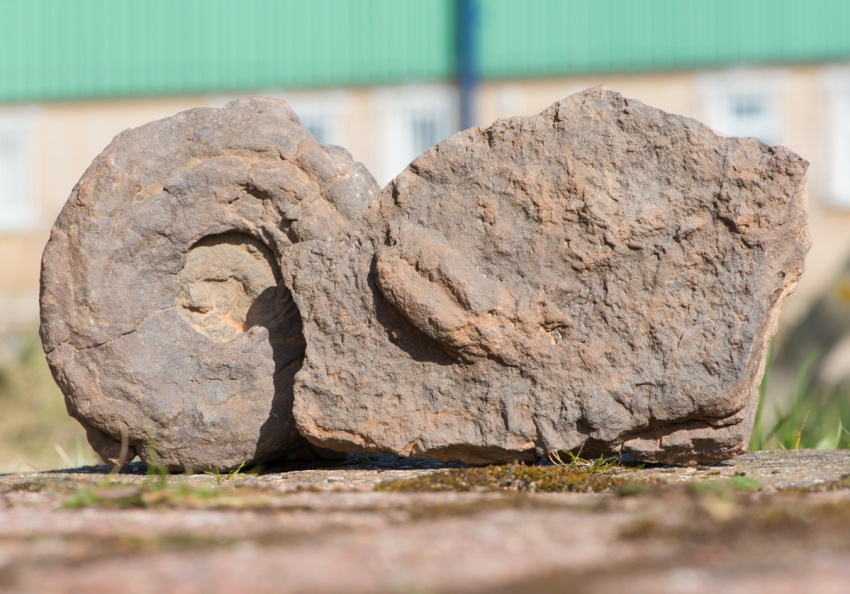 Ripple marks and mud cracks can tell us much about the climate and environment when they were formed. For instance, we know there must have been water, sun and warm temperatures at the time they were made.

Coprolites are the fossilised excrement of ancient animals.

Fossilised footprints of dinosaurs and mammals can be found. The photo shows a dinosaur footprint at Hastings in the UK. These are formed in certain conditions, such as mud on which the dinosaur walked. Over time, sediments were deposited on top and the footprints can now be found today.

Borings are small channels and tunnels made by worms and molluscs that lived millions of years ago. These can sometimes be found in fossil wood and shells.