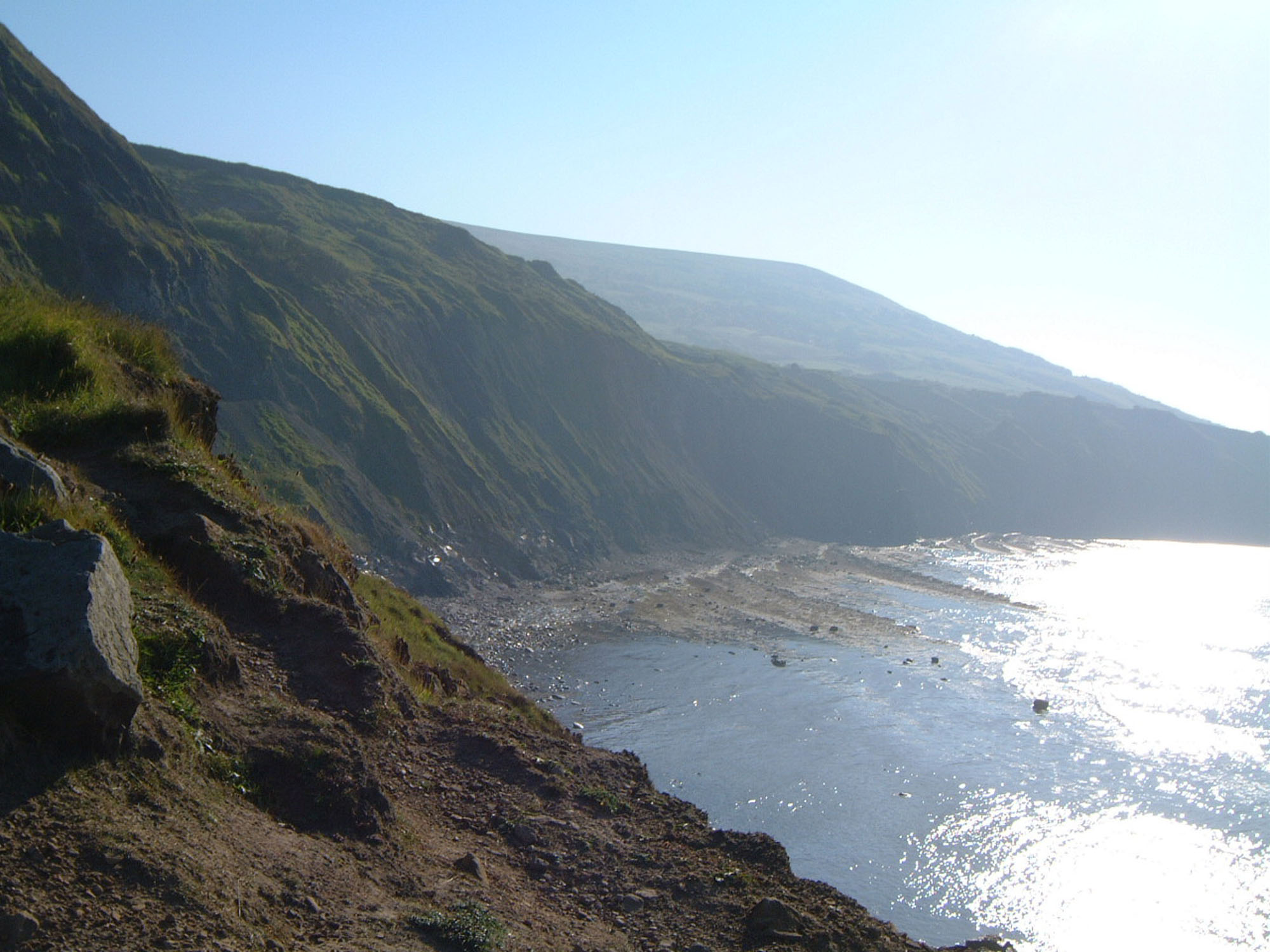 It is quite a long walk down to the beach, but ammonites are well preserved and often found at this location. They can be found both at the north and south end of Ravenscar, but unfortunately, there is very little beach material and cliff falls are rare.

♦ Head towards Ravenscar and take the track to the left signposted to the shore. From here, cross the golf course and follow signposts to the trail into the cliff area.
♦  Ravenscar can also be reached by walking from Robin Hood’s Bay.
♦ Ref: 54.40780°N, 0.49314°W

The best area to collect is from the foreshore. Look for nodules and rocks with ammonites in. Often, these nodules have the sides of the ammonite showing around the edges of the nodule. Most fossils come from the rocks fallen from the cliffs above and, because of the wide geology, you never know what you might find.

There is a wide range of fossils to be found along the coast at Ravenscar. This is because of the wide geological variety here. Ammonites (most common are Harpoceras falcifer and Dactylioceras sp.), plants and bivalves (including Protocardium truncatum) can all be found. Some superb ammonites can be collected here, but they are rare. You need a good cliff fall, which does not happen very often.

Standing at the top of the cliff, a rocky promontory extending 500m out to sea (at low tide) can be seen. This is Peak Steel and is made up of sandstones of the Staithes Formation, from the Upper Pliensbachian (Lower Jurassic). This is bounded on both sides by the Peak Fault, a major fault in the area which was active in the Jurassic and the beds to the east of Peak Steel are downthrown 153m compared with those to the west.

On the left hand side of the path, as you walk to the beach,  micaceous sandstone, together with siltstones and a thin nodular ironstone bed, are present. This magaritatus zone yields many Jurassic fossils.

The rocks forming the cliff and rocky platforms exposed at low tide are of the Toarcian stage (the upper stage of the Lower Jurassic) dating from around 182 million years ago and comprise the following members of the Whitby Mudstone Formation (youngest to oldest) :-

They are overlain by the gritty sandstones and pebble beds of the Dogger and Saltwick Formations (Aalenian age). The sequence represents a fairly deep water basin (Mulgrave Shale Member) which became progressively shallower as time progressed (Alum Shale Member) until the area was finally filled with deltaic sediments brought in by the rivers running off an encroaching landmass to the north and west.

Common sense when collecting at all locations should be used and knowledge of tide times is essential. This part of the coastline is very dangerous as a result of tidal conditions, so make sure you return before the tide turns. Keep away from the base of the cliffs, as rock falls are very common. Hard hats are recommended and the beach is very slippery. It is difficult to head north due to the sea and therefore it is recommended that you walk from Robin Hood’s Bay.

You will need a good eye. Fossils are often just lying around the beach. A Pick, Hammer and splitting chisel may also be taken at this location. A knife will also come in handy. Suitable footwear should also be worn. Any fossils should be wrapped well and placed carefully into containers, try not to rub fossils and treat as soon as possible.