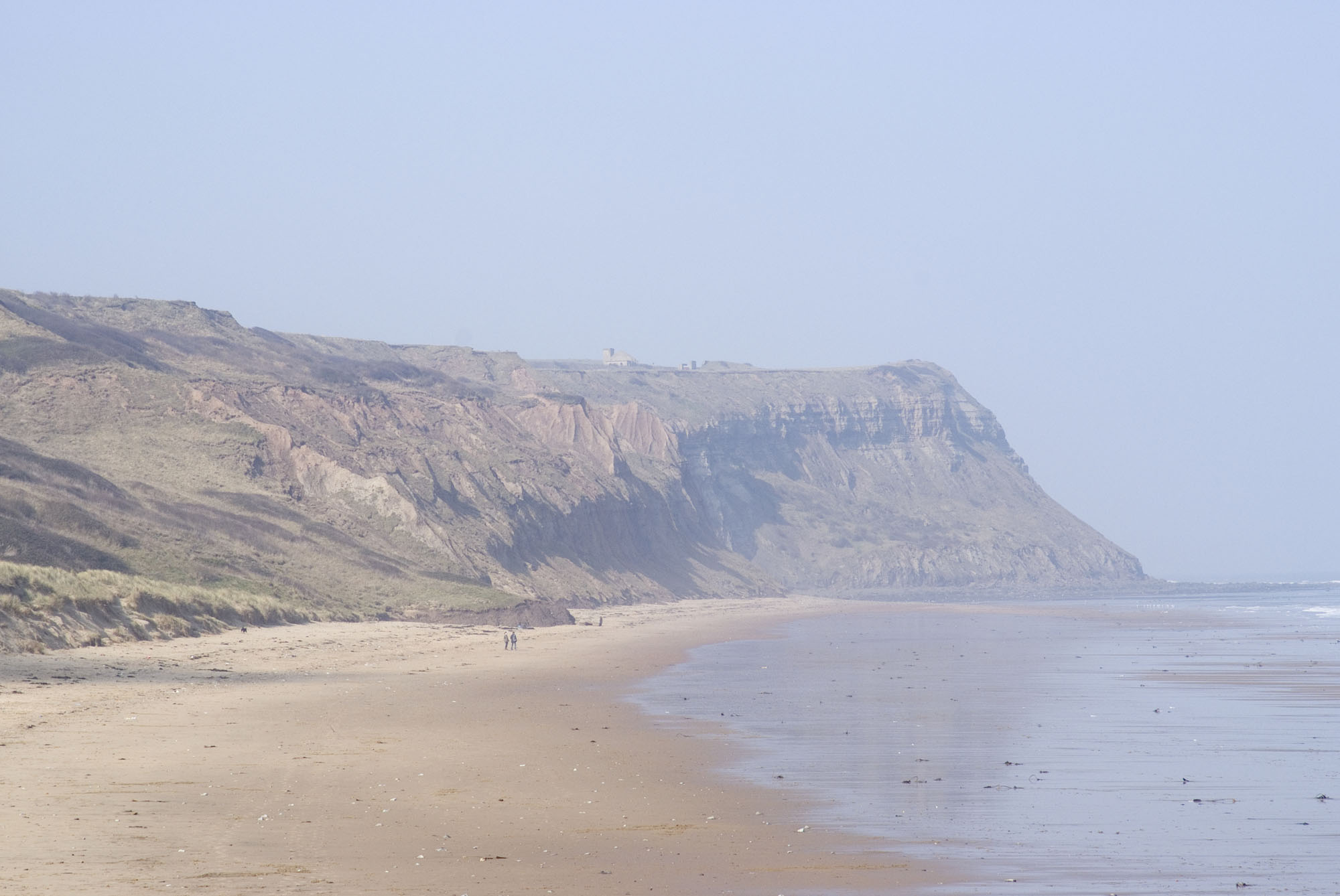 This new town may not be the prettiest in Cleveland, but is an ideal location for anyone interested in trace fossils. Fossil ripple marks and worm tubes are quite frequent; and bivalves are also very common. However, there is a large number of rocks along the beach, making walking difficult.

♦ Skinningrove is a new town council housing estate. It can be found on the A174, just past Loftus. There are two access roads on both sides of the river along the A174, which are clearly signposted and both of these roads take you to the seafront.
♦ There is a large car park at the end of the road. Park here and then walk over the road bridge crossing the river.
♦ The relevant area is on the eastern side of Skinningrove.
♦ Ref: 54.57150°N, 0.89612°W

FIND FREQUENCY: ♦♦ – Skinningrove is not the best location for finding fossils, as the rocks are extremely hard. Trace fossils and bivalves are the most common finds.
CHILDREN: ♦♦ – The rocky beach can be too dangerous for children and the cliffs are very tall. It is also difficult at some places not to walk beside the base of the cliff, as the sea does not go out very far.
ACCESS: ♦♦ – Finding the location is easy, but the walk along the beach is difficult. This is especially true the further east you go.
TYPE: – Most fossils can be found in the boulders and rocks on the foreshore. Therefore, you may need a hammer and safety goggles to get these out.

The best way to find fossils is by looking at the rocks on the foreshore. The most common finds at Skinningrove are trace fossils. Ripple marks can be found all over the foreshore along with worm tubes. Blocks full of bivalves can also be seen, although these are very hard.

We recommend photographing at this location rather than collecting, because the fossils are often too difficult to get out of the rocks and are also quite fragile. 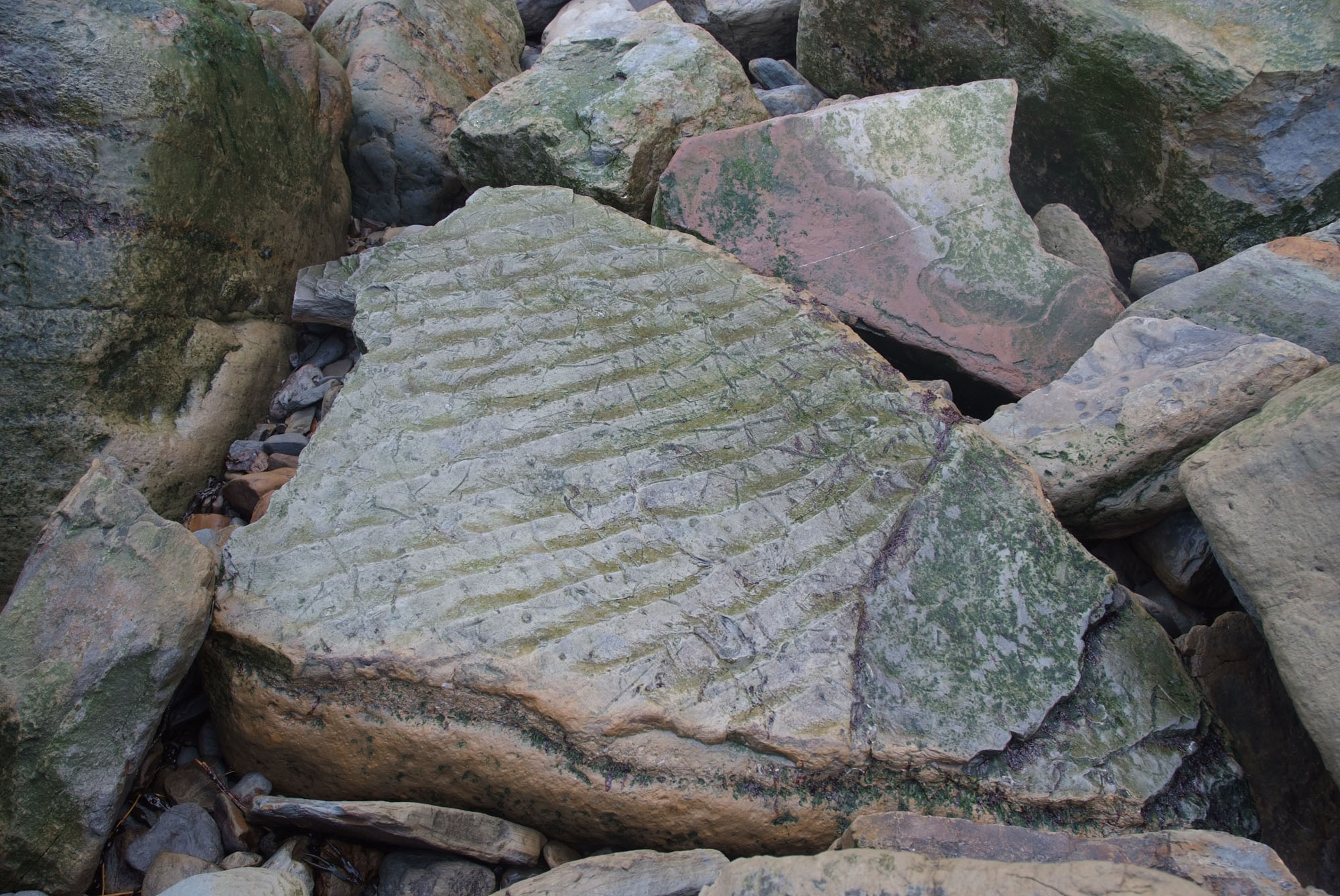 The cliffs at Skinningrove are of the Cleveland Ironstone Formation, a sequence of marine ironstone seams interbedded with shale and siltstone, which is from the Lower Lias of Pliensbachian age. These are around 190myrs old and extremely hard. This is why the beach is full of large boulders. 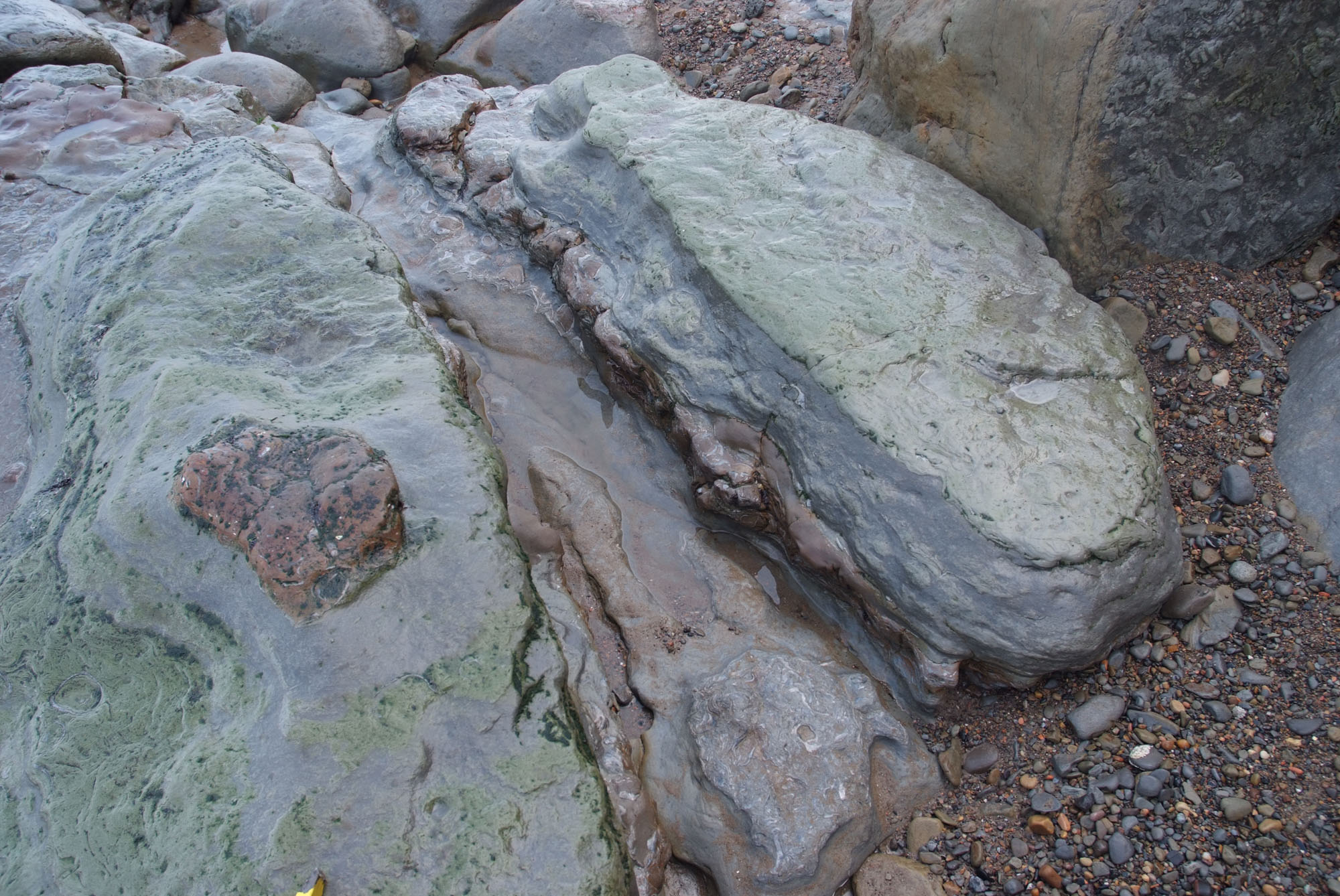 Common sense when collecting at all locations should be used and knowledge of tide times is essential. The tide can easily cut you off at Skinningrove, so double check tide times. The cliffs are also very tall and can fall at any time, so keep away from the base of the cliff. Take care when passing over the large boulders found all over the foreshore, which making walking difficult.

You will need a hammer and safety goggles to get the fossils out of the boulders and rocks on the foreshore. In addition, due to the difficult foreshore, suitable walking boots are recommended.

There are no restrictions at this location, you are free to collect fossils and hammer the rocks.